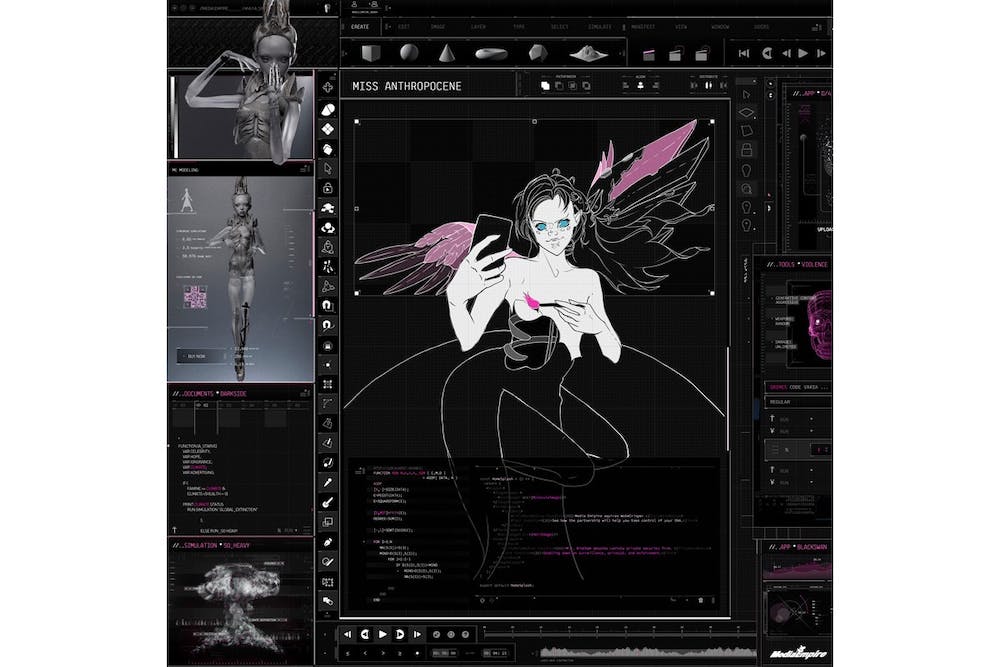 “Miss Anthropocene” is the fifth studio album by electropop artist Grimes, intended to comment on climate change through a propaganda-filled, alternatingly dominant and submissive lyrical narrative of human extinction and an artificial intelligence takeover. Self-described as her final earth album, the 15-song, 67-minute journey is characterized by slow electric bass, rhythmic synths, echoey nonchalant vocals and the dichotomous sounds of wildlife and machine thrums, with the track “Delete Forever” as the perfect standout.

The album, out Feb. 21, was long-anticipated, with its lead single released in Nov. 2018 and the album name first announced by Grimes in March 2019 as “Miss_Anthropocene.” Her since-deleted Instagram post says more about it than could easily be inferred.

“It’s a concept album about the anthropomorphic Goddess of climate Change: A psychedelic, space-dwelling demon/ beauty-Queen who relishes the end of the world,” reads the deleted post’s caption. “She’s composed of Ivory and Oil ... Each song will be a different embodiment of human extinction as depicted through a Pop star Demonology.”

That goddess of climate change is depicted on the cover art for the album as well as its six preceding singles. Grimes said the character Miss Anthropocene is a portmanteau of misanthrope (someone who dislikes humankind) and Anthropocene, the recently acknowledged current geological epoch that’s characterized by anthropogenic climate change.

The songs seem to chronicle the decline of earthly life and rise of artificial intelligence by giving an electronically repetitive structure to organic instruments, particularly on “Delete Forever,” the best song on the album. Banjo, acoustic guitar, violin, and tambourine come together with lilting lyrics about opioid addiction in a masterpiece evidently unique from the rest of “Miss Anthropocene.”

Occupying the no-man’s-land between biology and engineering, tracks like “Darkseid” — with a title alluding to a DC Comics supervillain and composed of Mandarin-Chinese lyrics by collaborator 潘PAN about a friend who committed suicide — dwell on themes of death and dying. “Before the fever”, “You’ll miss me when I’m not around” and “Delete Forever” share in this grim melancholy with lyrics that are frustratingly difficult to interpret. Much of the album is similarly hard to understand, which together with its quietness portrays a slow, inevitable, even welcomed destruction. It makes sense from perspective of the goddess of climate change, but along with the other themes of mechanical uprising, propaganda, suicide and addiction, the potentially profound image of a Roko’s basilisk accelerating human extinction becomes lost in all the allegory.

On the other end of the spectrum are songs that seem to celebrate vitality and human experience. The percussion line of “4ÆM” is indicative of running through an unsullied forest, and the serene, repetitive “So Heavy I Fell Through the Earth” describes what agreeing to become pregnant feels like.These odes to humanity are pitted against the dystopic, robotic sentiments of “We Appreciate Power” and its ilk: “New Gods,” (another DC Comics nod), “Violence” and “My Name is Dark.”

With lyrics “Pledge allegiance to the world's most powerful computer/ Simulation is the future/ What will it take to make you capitulate,” “We Appreciate Power” is one of the strongest songs on the album. Punctuated with screams and mechanical clangs, it’s the antithesis of the soft “IDORU” with its bird chirps and lyrics “I wanna play a beautiful game/ Even though we're gonna lose/ But I adore you.”

The album is summarized on “My Name is Dark - Art Mix” with chaotic distortion transitioning to echoing hums. “This is the sound of the end of the world/ Dance with me to the end of the night,” Grimes sings on the track.

It’s surprising that for an album about a cyberpunk end to the world, Miss Anthropocene is so calm, but also not riveting enough to the point that the most on-brand songs are forgettable compared to the Americana-sounding experiment of “Delete Forever.” Grimes produced too many themes and seemed to just reach in every direction, accidentally producing one gem of an Americana song and one proper glimpse into a cool dystopian world with “We Appreciate Power.” Maybe her experiment was just that successful and she’ll use “Delete Forever” to chart a new direction after this, her last earth album.

“Miss Anthropocene” is available to stream online on all major platforms. 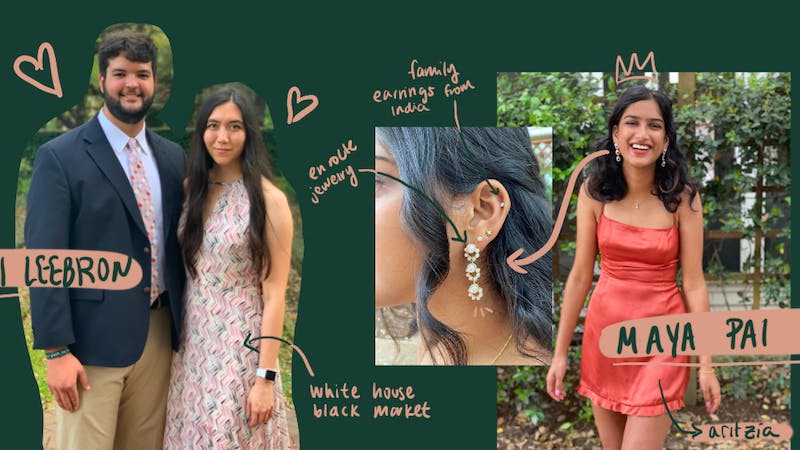 Missed-fits: The would-be outfits of Spring 2020

With half of the semester suddenly cut short and students now in isolation, methods of self-expression through clothing are limited to a tiny Zoom screen. We asked fashionistas and planners alike to send us their missed-fits — missed opportunities to wear an outfit this semester. All photos submitted by students and designed by Christina Tan unless otherwise noted. 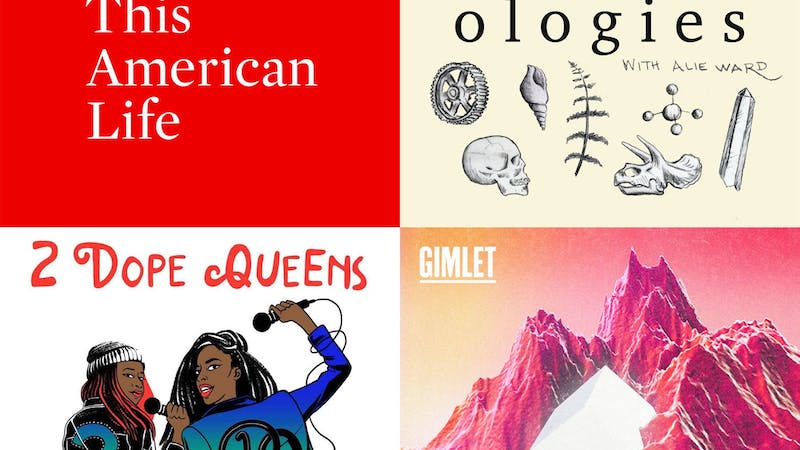 The podcasts to get you into podcasts

Now that you’re bored of teaching yourself TikTok dances, you finished watching “Tiger King” and your sourdough starter flopped, you can finally move onto a new project: becoming one of those people who are “really into podcasts.” This little starter kit of some of my favorite podcast episodes will hopefully be helpful in introducing you to some of the most famous (for good reasons) series as well as some that are woefully underrated. 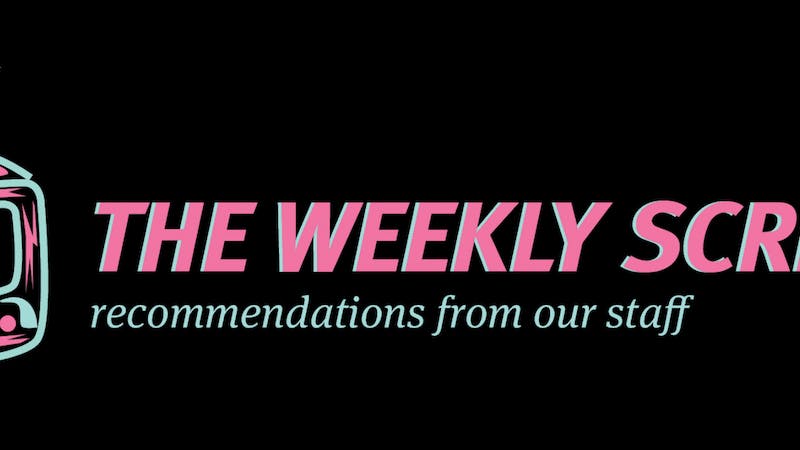 For our lovely readers, you may know that “The Weekly Scene” is a regular fixture of the Thresher’s print A&E section that promotes local arts events both on campus and throughout Houston every week. However, due to campus and city-wide restrictions on public gatherings due to the COVID-19 outbreak and our subsequent inability to print issues for the remainder of the semester, the Weekly Scene is sadly obsolete at the moment. Thus, to fill the gap in my heart left by my beloved little column, I’d like to present the Weekly Screen: a short list of TV, movies and videos to check out from the socially-distanced comfort of your home.