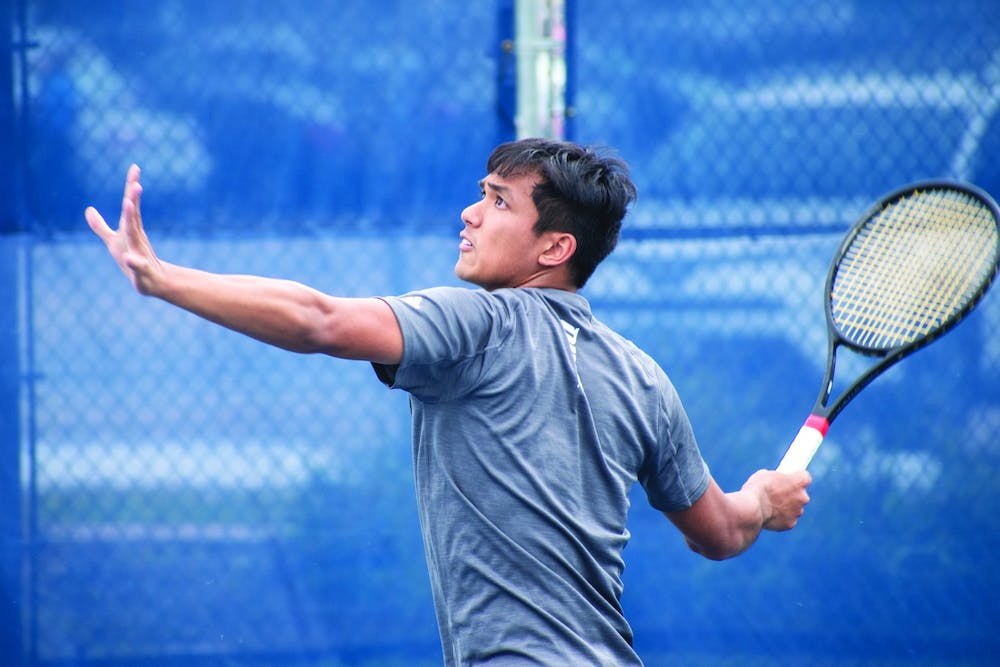 However, freshman Maria Budin and sophomore Diae El Jardi fell in their match, giving ASU the doubles point. In singles play against the Sun Devils, the Owls took two of the five finished matches, with Niezgoda and junior Anna Bowtell emerging with wins.

While this past Sunday’s match did not result in a victory, women’s tennis head coach Elizabeth Schmidt said the team benefits from playing ranked opponents. Arizona State was the Owls’ second ranked opponent of the season, after Rice lost 4-2 to then-No. 8 North Carolina State University on Jan. 25.

Against LSU, women’s tennis will look to improve upon last year, when they were shut out 7-0. The LSU women’s tennis team, ranked No. 40 in the country, improved to 5-2 on the season after pulling off two wins in a row against Southern Methodist University and Tulane University.

On Friday, Rice men’s tennis will face Texas A&M, the No. 13 team in the nation. Before its current two-match winning streak, the Rice men’s tennis team suffered a three-match skid in which the Owls won only one singles match and were completely shut out against two Ivy League opponents: Dartmouth College and Harvard University. According to head coach Efe Ustundag, the team didn’t execute well in those losses.

“We didn’t do certain things that this team is better at doing during that stretch,” Ustundag said. “We could have made better decisions and we could have shown a better fight.”

After facing Texas A&M, the Owls will look to continue their recent run of success in their Sunday match against LSU.

After losing to LSU 6-1 last year, Ustundag said he thinks this year’s match will be different.

“I expect our team to be better than what we showed last year,” Ustundag said.“I expect it to come down to the wire, especially if we show up with the same intensity and energy and want to write the ship after that three match skid we had.”

But Ustundag also said the No. 49 Tigers will still pose a stiff challenge for the Owls.

“[LSU is] a very talented team and it’s a team that doesn’t have any holes,” Ustundag said.

Overall, Schmidt said having both the men’s and women’s teams playing at the same time at home creates a unique tennis atmosphere.

“It’s a really cool environment having 12 courts of Owls playing at the same time,” Schmidt said. “It really showcases our school pride and we hope to get a lot of fans from the school and community.”

The dual match against LSU will be the only time this spring season that both men’s and women’s tennis  will play at the George R. Brown Tennis Center at the same time. The match kicks off at 11 a.m. on Sunday.