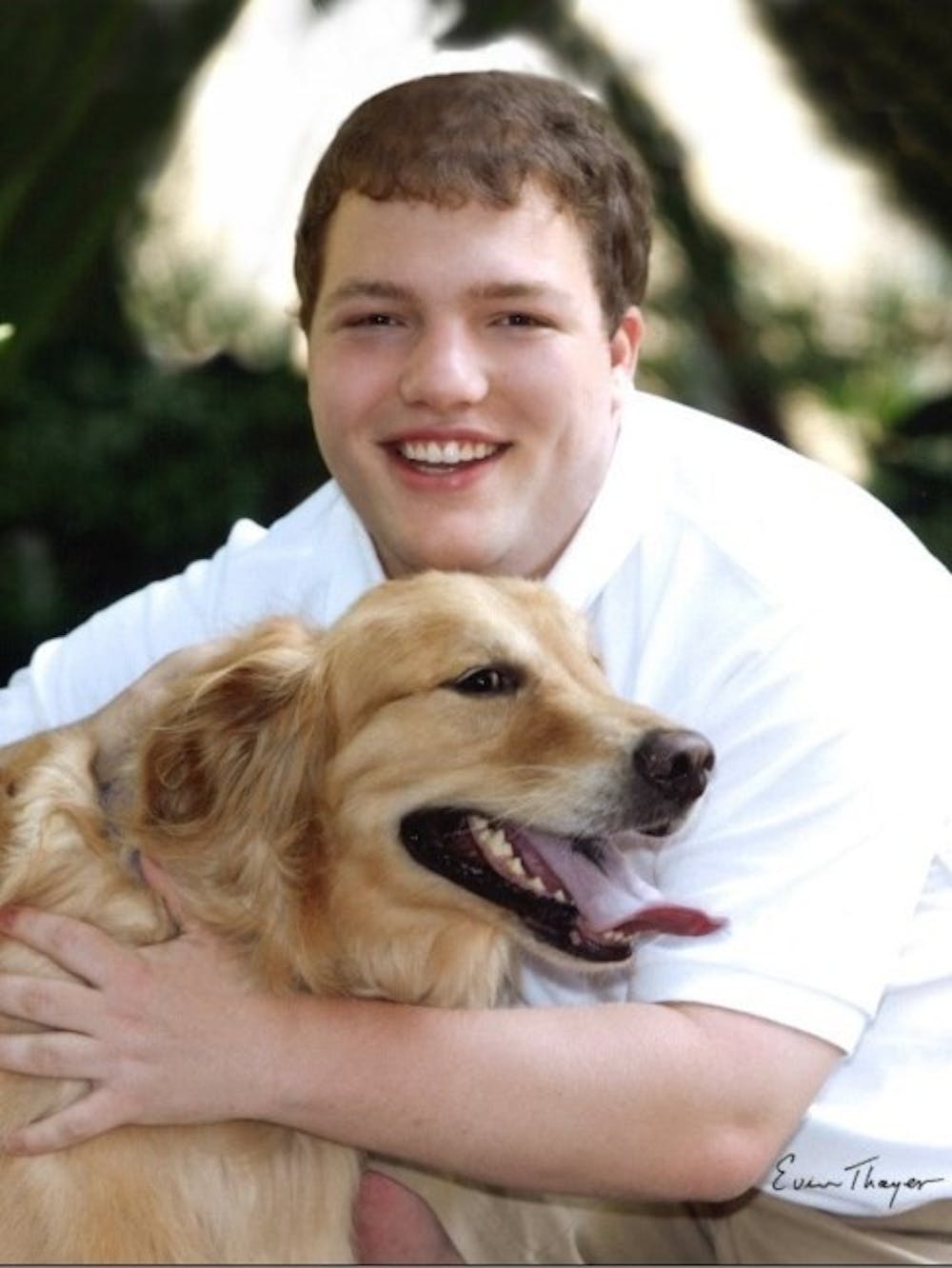 Andrew William Manias, a Martel College senior, died Feb. 9 at age 25 in Houston, Texas after contracting pneumonia. While at Rice, Manias was a history major and served on the editorial board of the Rice Historical Review.

The campus was notified of Manias’ death on Feb. 12 by Dean of Undergraduates Bridget Gorman, who wrote that he was set to graduate this semester.

“I hope that each of us will take a moment to remember Andrew and be glad for his positive spirit and presence in our community,” Gorman wrote.

Gorman was among the attendees at Manias’ memorial service on Feb. 15. The service took place in the Jasek Chapel of Geo. H. Lewis & Sons Funeral Directors and opened with “Ticket to the Moon” by Electric Light Orchestra, a nod to Manias’ love of astronomy and one of his top 25 most frequently played songs.

Reverend Steve Wells of the South Main Baptist Church presided over the service, guiding attendees through hymns, scripture and reflections on Manias.

“There is a pain that comes with grieving a life that has been cut short in its prime,” Wells said. “We grieve not only the loss of Andrew in our lives; we grieve the loss of his gift to the world. The loss of his potential and his promise. There is nothing that any of us can say on this day that will take away the shock and the pain of Andrew’s death.”

Hayden Manias, Andrew’s younger brother by 22 months, shared a number of personal anecdotes to relatives, friends and family in attendance.

After a number of stories, many of which were met by laughter from those who knew Andrew Manias well, Hayden Manias closed his remembrance with words for his brother.

“It’s hard for me to accept that I won’t hear or see your amazing quirks again, because those are the things I’ll miss the most,” Hayden Manias said.

“No matter what, you’ll always be my brother and best friend. Thank you for showing me true strength and perseverance.”

Wells continued by narrating bits and pieces of Andrew Manias’ life, emphasizing his strength and perseverance. He said that Andrew Manias was flown into the neonatal intensive care unit at the Rocky Mountain Hospital for Children in Denver on the Fourth of July in 1994.

“He weighed only three pounds,” Wells said. “He was supposed to be in the NICU for 12 weeks, but he was ready to leave in eight because he was an overcomer from the very beginning.”

Wells emphasized Manias’ ability to overcome obstacles throughout his message to the audience. Manias was diagnosed with Asperger’s syndrome when he was 4 years old, according to Wells.

“The diagnosticians told [Andrew’s parents] Bill and Gretchen not to expect Andrew to ever play team sports, or to attend a competitive high school, or write something like an essay,” Wells said. “But Andrew did all of those things.”

After graduating at the top of his class from the Kinkaid School in Houston, Manias enrolled at Rice University in 2013.

“As a freshman at Rice, Andrew took organic chemistry,” Wells said. “He never attended class. It was too loud [and] there were too many people. He made an A. He memorized the textbook.”

“He was always relentlessly curious and inquisitive and loved his time at Rice, especially his history courses,” Gretchen Manias said. “He had a thirst for learning his whole life.”

Lisa Spiro, faculty advisor of the Rice Historial Review where Manias served as director of distribution, said she was shocked and saddened by his death.

“I was impressed by his keen critical insights in evaluating submissions to the journal, his friendly and open personality and his willingness to help out,” Spiro said. “We will miss him.”

According to Wells, Manias took a break from Rice after three years following the passing of his grandmother, with whom he had an extremely close relationship.

“He read a lot on his own, [and] he struggled for a couple of years, but this spring he returned to campus,” Wells said. “He was set to graduate with his degree in history in May. Andrew had overcome or was overcoming every obstacle that ever moved into his path literally from the moment of his birth. There was every reason to believe when he got sick a couple weeks ago that he would be well today.”

Ted Loch-Temzelides was a Martel magister when Manias matriculated in 2013.

“As magisters during his early time at Martel, we fondly remember Andrew as a kind, gentle and incredibly curious young man,” Loch-Temzelides said. “He was always eager to learn both in and outside of the classroom. Andrew’s loss weighs heavily on Martel College and Rice University as we grieve a member of our tight-knit community.”

Wells finished his message with a reminder for the audience.

“As you grieve, remember this,” Wells said. “Our God knows what it is to stand beside the grave of his son. And he has made a way through death and into eternal life. One day, when you see Andrew again … the tears on that day will be tears of joy.”

To pay respects, members of Martel will write notes of sympathy for Manias’ family and set up a donation box to collect funds for the Rocky Mountain Hospital for Children where Manias was born in accordance with the family’s wishes, according to Martel President Anna Margaret Clyburn.