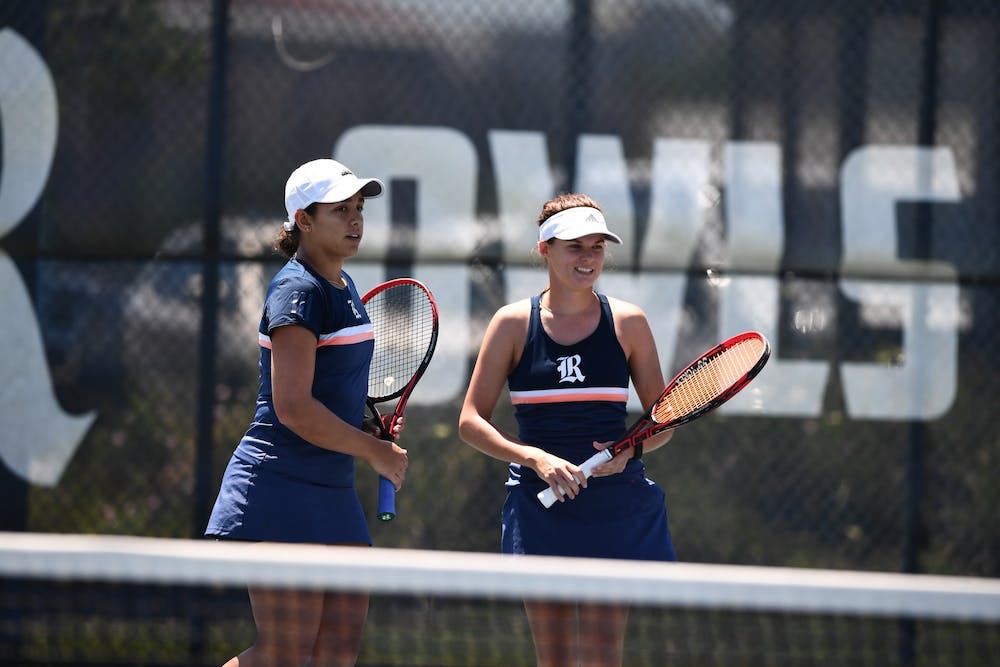 The Rice women’s tennis team prepares to face Lamar University in its first home match of the year on Saturday, Jan. 18 after opening its spring season this past weekend.

The two teams’ recent history has been extremely lopsided: Rice has won its last 26 meetings against the Cardinals. But according to head coach Elizabeth Schmidt, the team needs to focus on what it can control in its next match despite its strong historical record against Lamar.

“We have a pretty strong history against Lamar and we don’t know what team they are going to put out on the court this year,” Schmidt said. “What we need to do is take care of ourselves and take care of what we want to do and work on.”

The match against Lamar will also give the Owls the opportunity to prepare for an upcoming match against North Carolina State University, whom the Owls face on Jan. 25. Coming into this spring season, the Wolfpack placed 8th overall in the Oracle/Intercollegiate Tennis Association Division I women’s tennis rankings.

According to Schmidt, Rice’s overall schedule this year will be challenging.

“If you look at our schedule, [it’s] pretty hefty and competitive,” Schmidt said. “Every team we have to play is always looking to be better as well.”

Rice began their season last weekend in the Orlando Invitational against opponents from the University of Kansas, University of Missouri, North Carolina State University and Texas Tech University. Overall, the Owls posted a 12-10 record in singles play and went 5-5 in doubles, with juniors Linda Huang and Anna Bowtell leading the way with a combined 6-0 singles record over the weekend’s matches.

Prior to beginning the spring season, Rice spent a week in Orlando to practice before the Orlando Invitational, which helped ease the Owls back into a productive atmosphere, according to senior Priya Niezgoda.

“It’s really great that we can all come back a little early and get in some pretty good practices and get back into that team mindset,” Niezgoda said.

Niezgoda will look to build on the rapport she established last year with sophomore Anastasia Smirnova. Smirnova and Niezgoda finished last fall as the No. 37-ranked doubles pair after going 5-2 on the season. According to Niezgoda, she quickly developed  a strong partnership with Smirnova.

“I think we kind of had a good chemistry from the start,” Niezgoda said. “I think it just grew stronger as we were playing so much last season, and especially the fall.”

Smirnova finished the fall with a 8-1 mark in singles play and cracked the ITA singles rankings for the first time, placing No. 86 out of 100. According to Smirnova, her ranking was a surprise.

“I definitely wasn’t expecting to be ranked in singles,” Smirnova said. “I just wanted to play the best I could.”

Last year, the Owls won their sixth Conference USA championship in the past seven seasons by defeating No. 37 Old Dominion University in the C-USA final. Rice then lost their first-round NCAA tournament matchup against Texas A&M University, 4-3. According to Schmidt, even though the team fell short against Texas A&M, Rice’s players are currently focused on match-to-match improvements rather than postseason play.

“We really keep our focus small,” Schmidt said. “Our [team’s goal] is to be 1 percent better than we were in our last practice.”