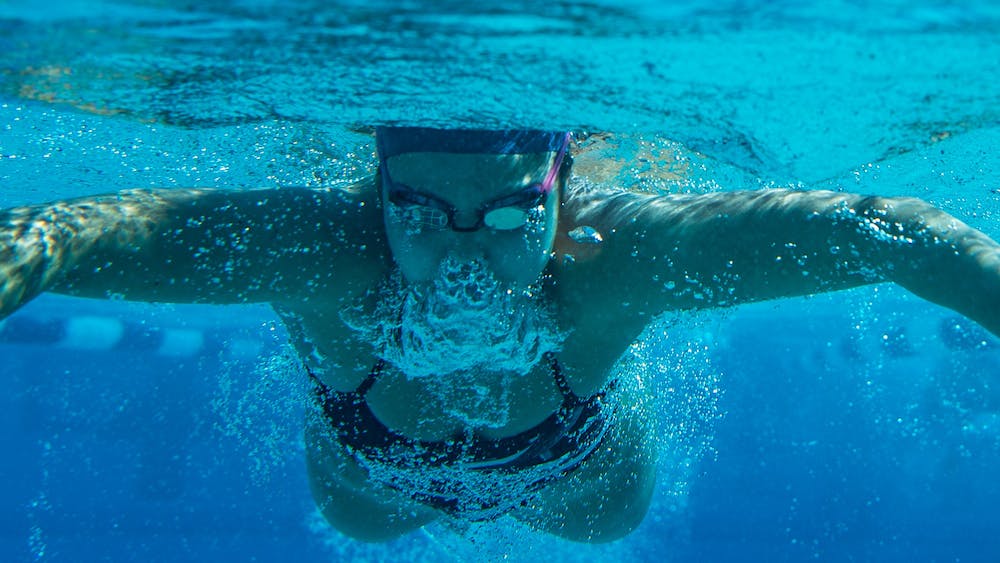 Rice swimming will look to keep its successful season afloat this weekend with a double-dual meet against the University of Houston and Louisiana State University. This year, the Owls have a 5-1 record in dual meets, losing only to No. 11 Texas A&M University. Since returning from winter break, Rice has a spotless 2-0 record, notching convincing wins over the University of North Texas and Southern Methodist University.

For her efforts, Limberg was named the Conference USA Swimmer of the Week for the week of Jan. 15, the first such award in her Rice career. According to Limberg, her renewed focus on swimming this season was a catalyst for her strong performances.

“I struggled my sophomore year balancing swimming with the rigorous academics [at Rice],” Limberg said. “[But] with words of support from my teammates and [better class management], I have been able to swim a lot faster this season and rekindle my love for swimming from a new perspective.”

Rice’s attention now turns to this weekend’s pair of matchups. Houston and LSU come into the matchups with very strong programs of their own, with LSU ranked No. 17 in the country, and UH receiving two top-25 votes in the most recent coaches’ poll.

Houston’s team is led by senior Peyton Kondis, who has the sixth-best 100-yard breaststroke time in the country this season. When competing against Kondis, Limberg, the Owls’ top breaststroke swimmer, said her focus remains on her own race.

“I have seen [Kondis] race for the past two years and she is an incredible swimmer, but I trust the work that I have put in practice,” Limberg said. “In the end, I will continue to ... race the best that I can, and focus on the things that I can control.”

As usual, Rice will come into both meets with an advantage in the butterfly events. Junior Brittany Bui holds the top C-USA times this year in both the 100-yard and 200-yard butterfly races, with her top 200 fly time this year more than a second quicker than that of any swimmer from UH or LSU. According to Bui, a combination of dedication and technique allows her to succeed at the butterfly.

“My underwater dolphin kicks are the main reason my butterfly is good, because I spend [the] majority of my races underwater compared to other swimmers,” Bui said. “I think my success definitely comes from really pushing myself at practices and being diligent with the details, and being open to changes in my stroke.”

Against LSU, the Owls will have to contend with Tiger freshman Niamh Robinson, whose top 200-yard breaststroke time this year set an LSU program record and ranks her No. 12 in the country. Junior Cassie Kalisz will also pose a stiff challenge in the backstroke.

But one of LSU’s top athletes doesn’t even compete in swimming events: Sophomore diver Aimee Wilson qualified for the NCAA Championships last year in both the one-meter and three-meter springboard events, and was named to the 2019 All-SEC Second Team in a highly competitive conference.

Rice’s team, of course, features no divers, and consequently loses out on potential points in all meets that include diving scores. But according to head coach Seth Huston, the Owls don’t let that disadvantage affect their mentality.

“We don’t expend energy on what we cannot control,” Huston said. “Diving points are scored and we just have to swim very well to have any chance to overcome that deficit. It makes for a great challenge.”

Rice will be put to the test against UH and LSU on Friday at 5 p.m. at UH’s Campus Recreation and Wellness Center.