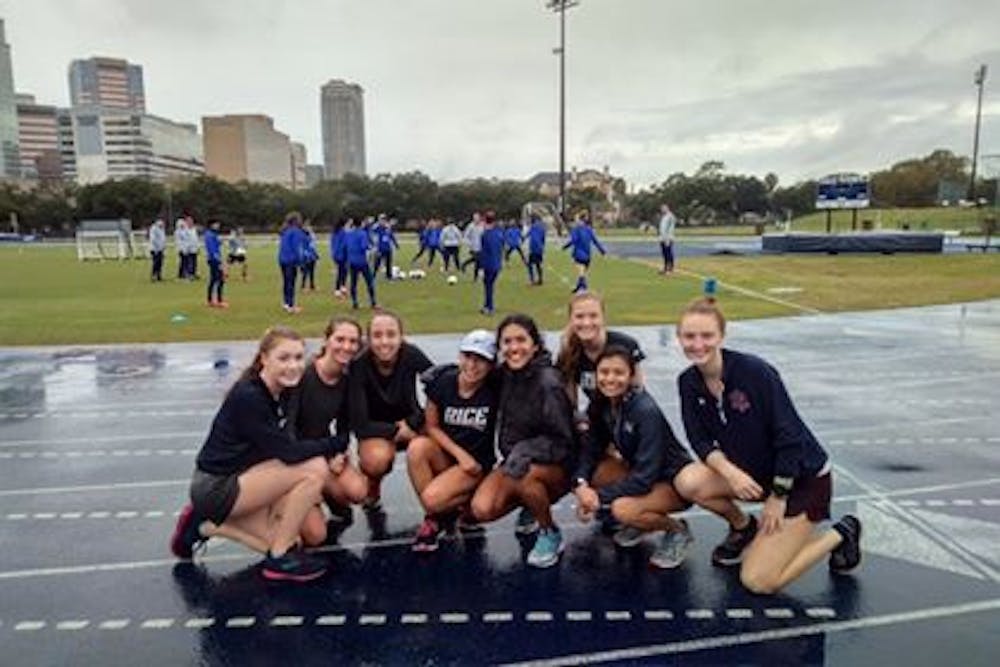 While the Rice women’s soccer team is used to taking on respectable competition, the team took it a step further and opened their spring training program by taking on Costa Rica’s national women’s team this past Friday, Jan. 24. The Costa Rican team won the exhibition match 3-0, with senior midfielder Lianne Mananquil nearly scoring with a close miss at the 67th minute.

The Costa Rican team is in Houston along with the national teams from the United States, Haiti and Panama for the Confederation of North, Central American and Caribbean Association Football Women’s Olympic Qualifying Championship, which is occurring this week at BBVA Stadium.

The Owls are only a little over a week into their offseason training after ending last season on a high note, reaching the second round of the Conference USA Championship semifinals for the first time since 2014. It was the first season at Rice for head coach Brian Lee, who led the team to a 10-6-3 season — three more wins than in the previous season.

Lee said it was a great experience to play against a national team that has a good chance to get to the Olympics after their qualifying matches this week.

“We might not qualify [for the Olympic Games],” Lee joked in a post-game video.

Senior forward Haley Kostyshyn said that playing against a national team on their own home field was a unique opportunity, but the Owls tried to treat the match like any other game.

“It was definitely an experience that you don’t get very often,” Kostyshyn said. “Knowing that they were a national team was definitely a little nerve-wracking but once we began to play I think our team handled it really well. Although Costa Rica was an excellent team, we were able to keep up with them and we also had a lot of good moments in the game.”

Lee said that while the players are building up game fitness during the offseason, they have restricted play time. Despite this, every healthy Rice field player got the chance to play for at least 10 minutes against the Costa Rican team.

“I thought it was a great night and an awesome experience for our players,” Lee said. “It was very productive for us, and more than that, it was just a great soccer cultural experience.”

Maya Hoyer, a senior goalkeeper who retired after the fall season, watched the game from the sidelines and said Rice’s performance embodied the Owls’ core tenant of “Daring Greatly.”

“Seeing the team have the opportunity to play against an international team made me reminisce about all the opportunities that playing a sport has,” Hoyer said. “Brian has ingrained [daring greatly] into the program and that is something that each player plays by. To dare greatly means taking risks and having the courage to play against some of the top ranked teams.”

When asked which players had particularly good games, Lee pointed out goalkeeper Bella Killgore as well as the two transfers: defender Mijke Roelfsema and midfielder Ashton Smith, who had her Rice debut on the field against Costa Rica.

“We’ve come so far in the last nine months,” Lee said. “I couldn’t be more pleased.”

Meanwhile, Houston’s role in hosting the tournament not only gave the Owls the chance to play against the Costa Rican national team, but also prompted some chance encounters between Rice students and the U.S. Women’s National Team over the last week as they prepared for yesterday’s match against Haiti.

Ashley Messineo, a women’s track team athlete and Will Rice College sophomore, said they saw the USWNT practicing on Rice’s Holloway Field while they were running on the track. According to Messineo, the USWNT relocated their practice to Rice after their scheduled field at Houston Sports Park flooded.

Steffi Halow, a track team athlete and Hanszen College junior, said she happened upon USWNT midfielder Julie Ertz and left back Crystal Dunn while studying in a coffee shop in Montrose after she had seen them practicing on Holloway Field earlier.

“They were both so nice, especially Julie, [who] said ‘Oh, thank you so much for letting us practice [on your field],’” Halow said. “I told them that them being there motivated me to run in the rain. Overall, a really nice experience.”

[Jan. 31, 2019] This article has been updated to reflect the fact that Houston Sports Park was flooded during the rainstorms, not BBVA Stadium.