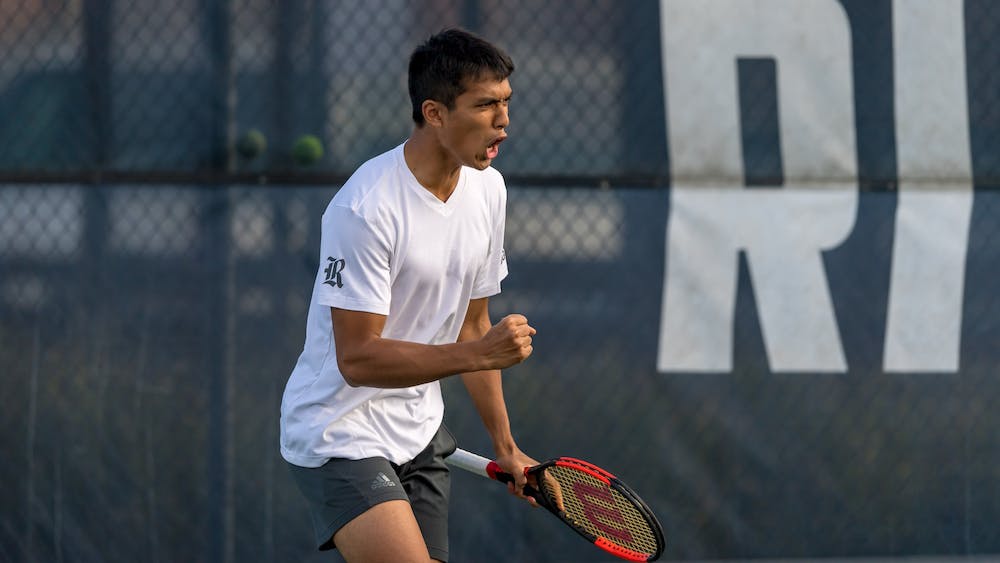 Now, the Owls turn toward their spring 2020 slate, preparing to face the University of the Incarnate Word at home on Saturday at 11 a.m. Rice has the historical upper hand in the matchup, with a spotless four wins in four meetings against the Cardinals.

According to head coach Efe Ustundag, anticipation is brewing after such a long period without competitive play.

“As you start every year, you are trying to figure out where you are as a team,” Ustundag said. “I think everyone’s really excited to play.”

The Owls won their last matchup against the Cardinals in decisive fashion, securing a 7-0 victory in January 2019. Despite this, Ustundag said he doesn’t think Rice will view this match as any sort of guaranteed win.

“I’m not worried about taking this team lightly because we also know that in the past that when we have lost focus in matches like this, it has cost us big time,” Ustundag said.

Though the Owls will have opponents who are tougher on paper down the road, like No. 9-ranked Texas A&M University, whom they’ll face on Feb. 21, junior Sumit Sarkar said the team’s focus is solely on this match against Incarnate Word.

“The first match sets the precedent for the beginning, so we want to set a good precedent which will lead us to having a good season,” Sarkar said. “My mindset is definitely on one match at a time. If we as a team focus on the Conference USA tournament, we’re just going to get lost and we’re not going to be focused on every individual match.”

Sarkar is the Owls’ top-ranked singles player, entering the fall 2019 season placed No. 26 on the 2019-2020 Preseason International Tennis Association Division I Men’s Individual National Rankings. In addition, Sarkar and redshirt senior Eric Rutledge were ranked No. 24 in the rankings for doubles pairs.

Due to injuries to both players in the fall season, the pair played only three doubles matches together, notching a 2-1 record. But the pair finished the 2018-2019 season by making the C-USA first team as a doubles partnership, and Sarkar was named the 2018-2019 C-USA Men’s Player of the Year. According to Rutledge, the pair will continue to operate at a high level together this upcoming spring if they can stay healthy.

“It’s very important for us to stay healthy throughout the season and take care of our injuries, and the tennis will do the talking,” Rutledge said.

According to Ustundag, Sarkar and Rutledge will have plenty of chances this season to prove their talent against strong doubles pairs.

“They will certainly get a lot of great competition and assuming they all stay healthy and play at the level that they played all of us last year, the opportunities will be there for them,” Ustundag said. “At the end of the day, they have to win.”

According to Sarkar, the chemistry between him and Rutledge will be advantageous this spring season.

“Eric and I have been playing for about two years now so our chemistry is very good,” Sarkar said. “I think we both feel pretty good about the season coming up.”

After the Owls face Incarnate Word, Rice will turn its focus to a pair of Ivy League opponents on the road: Dartmouth College on Jan. 31 and Harvard University on Feb. 2. According to Ustundag, these upcoming matchups, as well as a faceoff against No. 2-ranked University of Texas, Austin, will not be easy.