Campus should support dialogue, not destruction 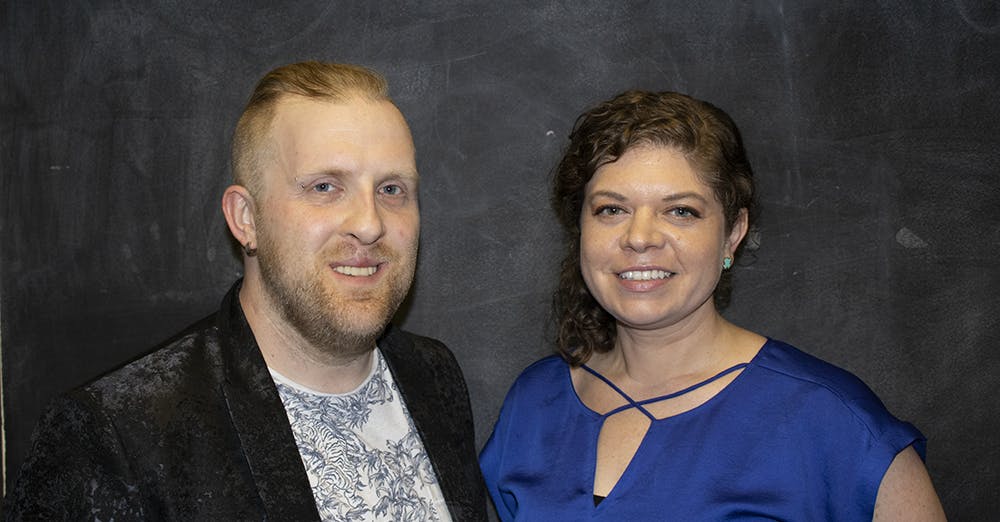 During the first week of December, as undergraduates were making their final course selections for the upcoming semester, graduate student instructors arrived on campus to find that the posters for their upcoming classes had been defaced or taken down altogether.

The flyer for one of our classes, “Masculinities,” depicted a well-known drag queen, her face only half painted, and a few questions that animate the class — namely, what exactly is masculinity and what does it mean? Posters for this class were flipped over in Rayzor Hall and torn down throughout Sewall Hall and Herring Hall. What might have been brushed off as a coincidence seemed to be confirmed as a targeted action, as one poster was left intact with a booklet of Bible verses perched on top of it. This same booklet also appeared in Herring Hall on flyers for “Sex and Money: The Species Divide,” which featured a 15th-century image of a demon on a bed with a woman.

That anyone would vandalize course posters is upsetting, but that this act was carried out in such a purposeful way — targeting classes that apparently contradict personally held religious beliefs — is inexcusable. Rice rightly guarantees free religious practice on its campus. Students may meet to worship or pray in many campus spaces, often using university resources to do so. However, this freedom extends only so far as it does not impinge upon the freedoms of others. Classes like these are offered as part of a well-rounded, liberal arts education, one of the great advantages in attending a small, intimate university like Rice. Students are encouraged to take courses and participate in discussions that push the limits of their thinking and ask them to engage with new and sometimes challenging ideas. The promise of a Rice education is that this will happen in a safe and nonjudgmental environment, where alternate views are explored and respected, if not personally adopted.

The person or people who targeted these posters — and by proxy hoped to discourage enrollment or make these classes disappear entirely — violated this contract in a most blatant way. If religious groups on campus can freely advertise their meetings (complete with free Chick-fil-A), students and instructors whose worldviews differ from their own must also be respected. While they are invited to take these courses and engage in debates from their own points of view, they are not obligated to do so. No one is required to take a class about demons or drag queens, but they are required — by both written and social contracts — to not interfere with the free expression of ideas by other members of the campus community.

Rice is a small, close-knit community made up of people from all walks of life and from around the globe. For a community like this to thrive, we must guarantee mutual trust and respect for others. We cordially invite those responsible to a safe and open dialog, so that we may better understand their motivations for such acts. As two of the affected graduate instructors, we ask our fellow Rice community members to be vigilant about targeted harassment and violence in all forms.