It’s a good time to be a Rice sports fan 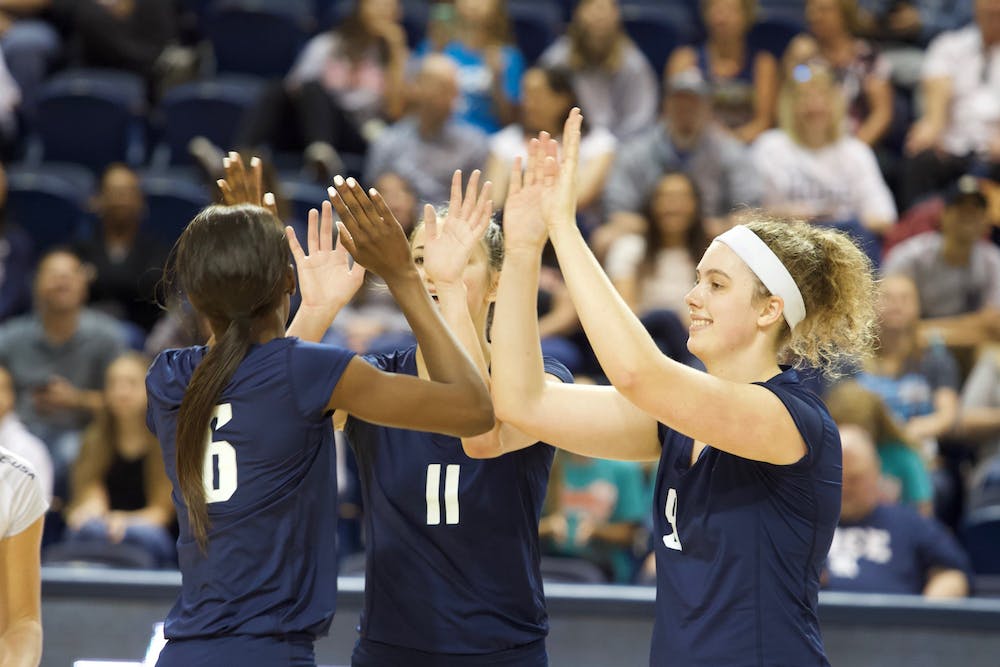 As the semester wraps up, it’s a good time to take stock of how Rice Athletics is doing as a whole. At this moment, we believe that there is good reason to be happy and optimistic with how the Owls are performing now and will perform in the future. On a sport by sport basis, Rice sports teams are ending the decade at a peak.

The volleyball team is currently experiencing one of, if not the most, successful seasons in the team’s history. They earned an NCAA Tournament berth after finishing the regular season with a 24-2 record, including a landmark win over the University of Texas.

Swimming has performed excellently in dual meets this season (3-1) and recently earned second place out of 13 teams at the Phill Hansel Invitational hosted by the University of Houston. Junior swimmer Brittany Bui won the 100-butterfly and the 200-butterfly during the Invitational and was recently named C-USA Swimmer of the Week.

While football has experienced incredible lows over the past three years, they ended this season with three consecutive wins against Middle Tennessee State University, University of North Texas and University of Texas, El Paso. They even have a longer win streak than the University of Alabama!  Next year, head coach Mike Bloomgren will have three years of players he has recruited himself, and Rice fans can be hopeful that the team can ride the momentum from the end of this season.

In one of the biggest surprises in Rice sports this year, the men’s basketball team has had a spectacular start to their season. Currently sitting at 6-3, the Owls can reasonably get to 10 wins before the new year. Picked to finish second to last in the C-USA coaches poll, Rice is poised to prove the doubters wrong and could very well finish in the top half of the conference.

Grace Forbes recently became only the second freshman in Rice women’s cross country history to qualify for the NCAA Championships, where she placed No. 87 place out of 252 runners.

During the team’s first season with head coach Brian Lee, soccer improved on the previous year’s win total by three games. Although the Owls fell to North Texas in the C-USA Championship semifinals, the team has several rising stars including sophomore midfielder Delaney Schultz and junior defender Mijke Roelfsema.

Junior Jake Benson of the golf team has been putting together strong performances lately. He has seven top-10 finishes combined with last season and the start of this season. The reigning C-USA tournament champion will look to defend his crown this spring.

Women’s tennis is coming off its sixth C-USA championship in seven years.

Women’s basketball has experienced an up-and-down start to this season (4-3) but last year the team achieved their best season in history (28-4, C-USA Champions). Erica Ogwumike, who was named to the Wooden Award Preseason Top 30 Watch List, is probably the best player Rice has ever had. The team is certainly favored to win C-USA this season.

Given we are a school of 4,000 undergraduates, our small pocket of student-athletes have outperformed expectations across many sports. Starting by making the trip to College Station on Thursday afternoon, we should show support for our spectacular student-athletes.