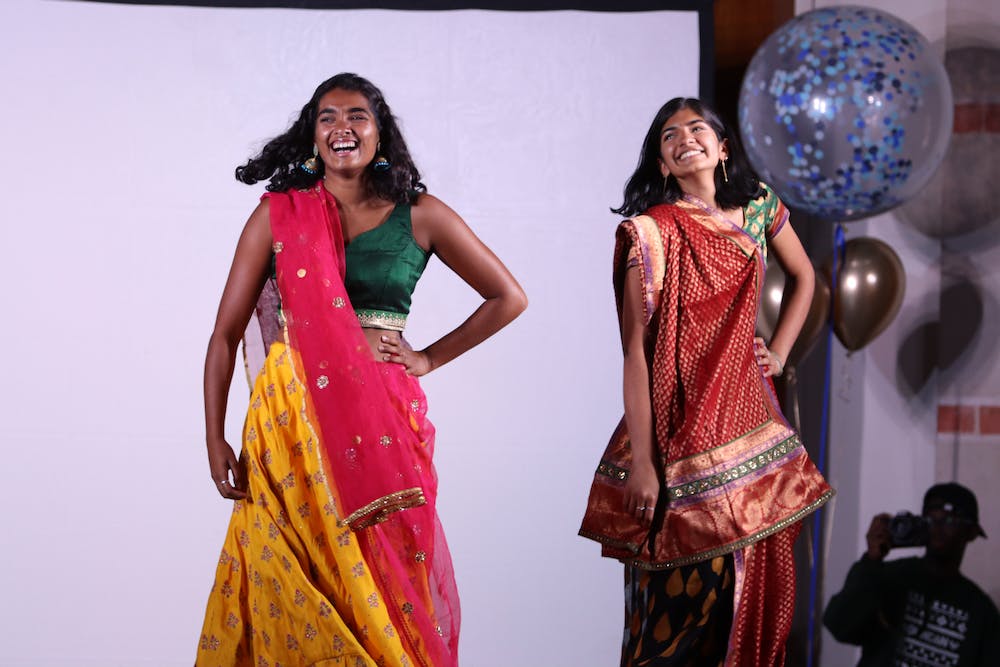 An explosion of vivid beats and animated dancing emerged from the Dhamaka showcase that occurred Saturday, Nov. 23. This year’s sold-out Dhamaka showcase celebrated South Asian culture with an unforgettable night of dance and vocal performances by talented Rice students at the Rice Memorial Center.

The journey to Dhamaka began with preparation months in advance. According to emcees Vikram Aggarwal and Nithya Gillipelli, it was a collective effort among the South Asian Society members, performers and supporters that made the night so successful.

“The most rewarding part of the night was seeing everyone come together. It was awesome that people from all cultures and backgrounds, not just South Asian students, came together to appreciate our efforts,” Gillipelli, a Brown College junior, said.

Although Aggarwal and Gillipelli are grateful for all the support they received to turn Dhamaka into a success, they expressed frustration at the absence of a performance arts center at Rice.

“We really need a performing arts center. It is ridiculous how much extra work and money we have to go through in order to bring a stage and have a sound system and lighting and everything else,” said Aggarwal, a Hanszen College junior.

According to Aggarwal, the organizers of Dhamaka were unable to fit all the people who wanted to attend Dhamaka in the Grand Hall because they were at maximum capacity.

“We felt bad because we wanted to be inclusive and foster cultural exchanges, but if we can’t give that opportunity to people due to the lack of facilities, I think this goes against Rice’s mission as an institution of higher education,” Aggarwal said.

According to Aggarwal and Gillipelli, all the cultural club presidents are currently working with the Diversity Council to hopefully move forward with a performing arts center at Rice. With support from students, staff and faculty, they may be able to bring next year’s Dhamaka to a larger audience.

To start off the night, Aag the band, an informal musical group at Rice, stirred up the crowd with their beats. Using a variety of instruments ranging from a guitar to traditional South Asian drums, Aag presented a fusion of classic South Asian bangers and modern English hits from the last 20 years. This group was the ideal opener for the night, setting the stage for Rice’s South Asian dance teams to perform next.

Newton Huynh, a member of Riyaaz and a Will Rice College freshman, said he spent so much time with Riyaaz preparing  for this night that the group feels like one big family.

“Getting it to all come together on stage, hearing everyone applaud for us and celebrating together as a family is my favorite part about performing at Dhamaka,” Huynh said.

Rice Bhangra came on stage next to showcase a different style of South Asian dance. The traditional Indian folk dance team owned the stage with their athletic choreography, lively music and vibrant costumes. At one point in the performance, dancers pulled out sapps, a traditional Indian instrument, to complement the beats of the music and enhance the aesthetic aspect of the dance.

Bhangra was followed by Rice Rasikas, an all-female South Asian dance team. The Rasikas perform classical South Asian dances to both mainstream pop and traditional music genres. This year, the team focused on their theme “Rasikas Rewind” by featuring popular childhood hits in their performance. The ladies graced the stage with their presence, flawlessly executing their technical footwork.

After the succession of dance groups, the final music group of the night was up. Basmati Beats, a South Asian a cappella group, performed a medley of songs from several genres. Western hits like Camila Cabello’s “Havana” and Jay-Z’s “Empire State of Mind” were blended seamlessly into South Asian classics. After winning third place at Jeena, a national South Asian a capella competition, last month, Basmati Beats certainly lived up to this title during their performance.

Musical performances weren’t the only talents on display at Dhamaka. The Grand Hall was transformed into a runway as students modeled beautiful South Asian fashion for the first time in Dhamaka’s history, according to Aggarwal and Gillipelli. They walked down the runway in pairs, striking poses as the audience admired their outfits, including many diverse styles of the traditional sari and ghagra choli.

The evening ended by a catered Indian meal featuring a fulfilling buffet tray of chickpea curry, chicken tikka masala, green chutney and gulab jamun for dessert. For a cheap price, students were able to experience hours of live entertainment that culminated with a satisfying Indian dinner. By the end of this event, I was already awaiting next year’s Dhamaka.