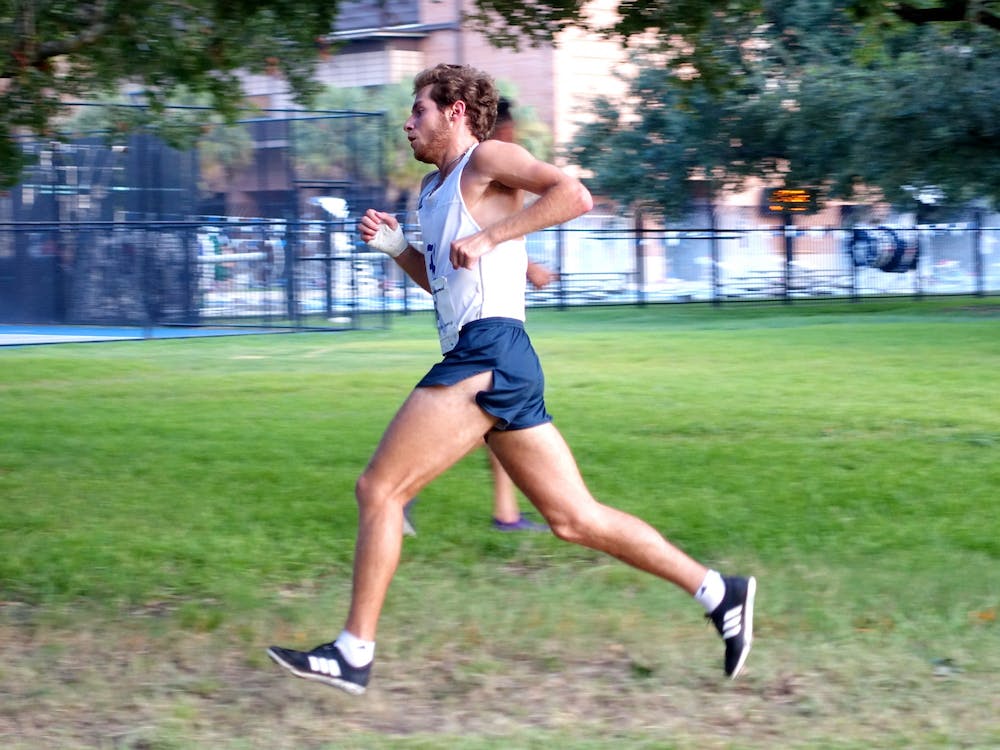 At the regional meet, held at the University of Arkansas, the men ran a 10-kilometer race while the women ran six kilometers. In cross-country, the position of each teams’ top five runners contributes to the team’s final placement. Overall, the women’s team placed fifth for the second consecutive year, while the men’s team dropped one spot from last year’s fourth-place finish.

Forbes became just the second freshman, the first being Marissa Daniels in 2004, in Rice women’s cross-country history to qualify as an individual for the NCAA Championships. Forbes finished sixth overall, and was the top finisher not from the University of Arkansas, whose team is ranked No. 1 in the country in the NCAA’s coaches’ poll. Jim Bevan, women’s cross-country head coach, said Forbes’ performance at the meet was special.

“[Forbes was] the brightest star of the race on Friday,” Bevan said. “She competed with the experience of an upperclassman and was patient and struck when the time was right ... It is extremely hard to qualify as a freshman at a longer distance than in high school against older and more experienced runners. This is a testament to her tenacity and desire.”

In addition to Forbes’ historic effort, several other runners from both the men’s and women’s teams put in strong performances. Junior Hociel Landa was the fastest Owl on the men’s side. Landa bested his 10k time from last season’s regional meet by nearly a full minute, placing 33rd with a time of 31:21. Redshirt freshman Ace Castillo and senior Connor Meaux were the Owls’ second and third fastest runners, placing No. 35 (31:23) and No. 48 (31:39), respectively. Sophomore Andrew Abikhaled (No. 51) and redshirt senior Adolfo Carvalho (No. 53) were the Owls’ final two scoring runners.

“Meaux really came through having what might be his best cross-country race of this college career,” Warren said.

On the women’s side, senior Khayla Patel (No. 22) received all-region honors for the second consecutive year. Bevan said Patel has been a strong contributor to the team during her entire time at Rice.

Sophomore Alyssa Balandran (No. 40), junior Lourdes Vivas de Lorenzi (No. 54) and sophomore Ashley Messineo (No. 63), rounded out the rest of the team’s top five.

Bevan said the women’s team peaked at the right time.

“We accomplished most of our goals,” Bevan said. “The University of Houston, Arkansas State [University], Stephen F. Austin [University] [and] Baylor [University] all beat us earlier in the year and we were able to beat them at the most important time: the Regional Championships. This is what you are hoping for, to be at your best at the end of the year.”

Warren said this season has been one to celebrate for the men’s team.

“This has been a very good season,” Warren said. “Starting with a win at the Rice Invite and then finishing with both a top-3 finish at C-USA’s and a top-five finish at the NCAA Regional meet is a very good place to be for the year.”