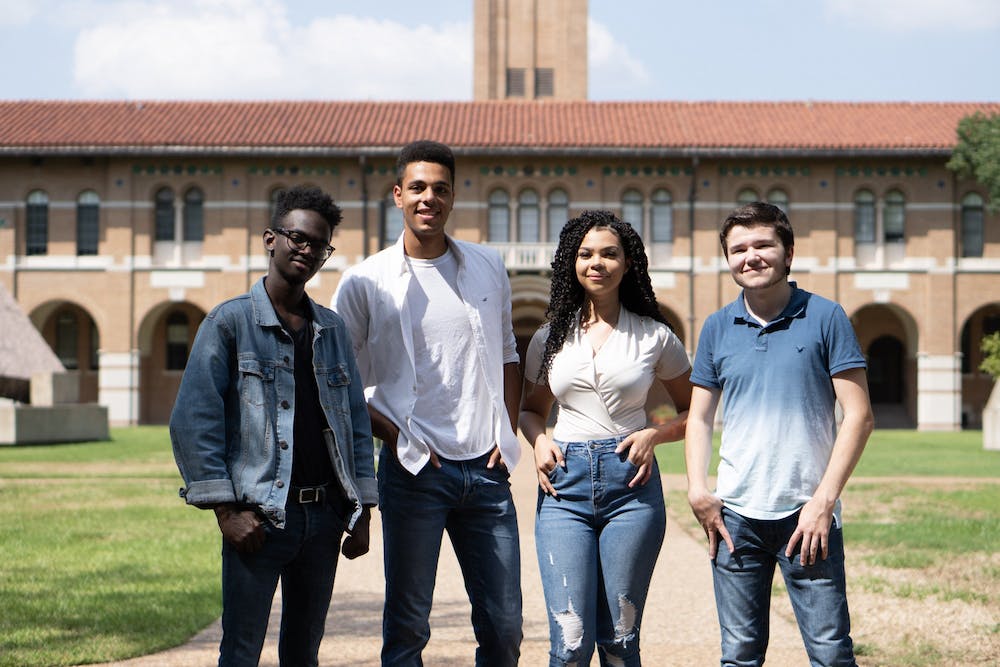 R U MAD, the Rice University Music and Dance Team, was born with superstardom in its sights. Founder, director and lead singer Jake Barber had his hopes set high from the beginning.

From there, Barber set out to recruit fellow Rice students with musical backgrounds who shared his vision. Tomás Jonsson, a Will Rice College sophomore, said he was more than willing to be part of a musical group. Majoring in piano performance at the Shepherd School of Music, Jonsson flexes his stylistic capacity for numerous genres such as jazz, funk and Afro-Cuban by orchestrating the new group’s musical arrangements.

Elhadji Diop and Laura Fagbemi are the other two core members at the base of R U MAD. The two section leaders were unavailable to comment at the time of interviewing, but Barber and Jonsson describe Diop as the dance captain and choreographer, and Fagbemi as the group’s second lead singer.

Before R U MAD steals the halftime show at a Houston Rockets game as Barber envisions, the performance group has a ways to go in establishing a presence on campus. Barber hopes that R U MAD can debut at Africayé, the annual cultural showcase put on by the Rice African Student Association, next January. “From there, once we have our full group or even before then, we’ll probably do some performances in residential colleges and then continue performing at cultural events to raise awareness,” Barber said.

Currently, the group is nine performers strong, comprising four dancers, three musicians and two vocalists. Don’t be fooled by these small numbers, though — the group already has musical arrangements and choreography that they practice weekly. The most expansive of the two musical numbers is Jonsson’s arrangement of Stevie Wonder’s “Don’t You Worry ‘Bout a Thing,” a Latin-infused funk song recently repopularized by Tori Kelly. The other is an arrangement of “Dose” by rhythm and blues/pop artist Ciara, which Jonsson says relies on a drumline-driven groove.

“‘Dose’ is one that we’re really excited about,” Barber says. “That’s our big Homecoming song. It has the drumline; it has the trumpets; it has all that. The energy, hip-hop, up-tempo.”

Jonsson and Barber say the next track they hope to arrange is “Made to Love” by John Legend.

Jonsson, who balances a busy performance schedule and plans on releasing his own orchestral composition online, composes the arrangements for R U MAD in his spare time.

He and Barber explained that they’re fielding brass and string musicians as well as percussionists with their own instruments to fill their ranks of their band section.

“Instrumentation is the big push right now,” Barber said. “We are doing our first few performances with core team and rhythm section as the base of the band. And hopefully as it picks up steam, we’ll have more people for more expansive regiments.”

The core section leaders all have personal musical backgrounds that they’ve translated across various avenues on campus. Jonsson continues his classical piano training at the Shepherd School and Diop led RiceDance4Charity hip-hop classes at the Gibbs Recreation and Wellness Center last semester and continues to dance both on and off campus. Fagbemi is a member of student a cappella group, Basmati Beats, and performed last spring at the Rice Black Student Association’s  Soul Night along with Barber, who performed the national anthem at a Rice volleyball game last year and writes music in his spare time.

R U MAD, though, is going to bring something completely new that its founders have yet to see among musical performance groups on campus, according to Barber.

“It’s gonna bring an intersection of the band, dance and singing in a way that you see on big pop artist tours but you don’t necessarily altogether anywhere else. That’s definitely what we want to bring,” Barber said.  “It’s a big vision, but I believe that we have the right people and the right resources to bring it together.”

To join or learn more about R U MAD, contact Jake Barber at jcb14@rice.edu.