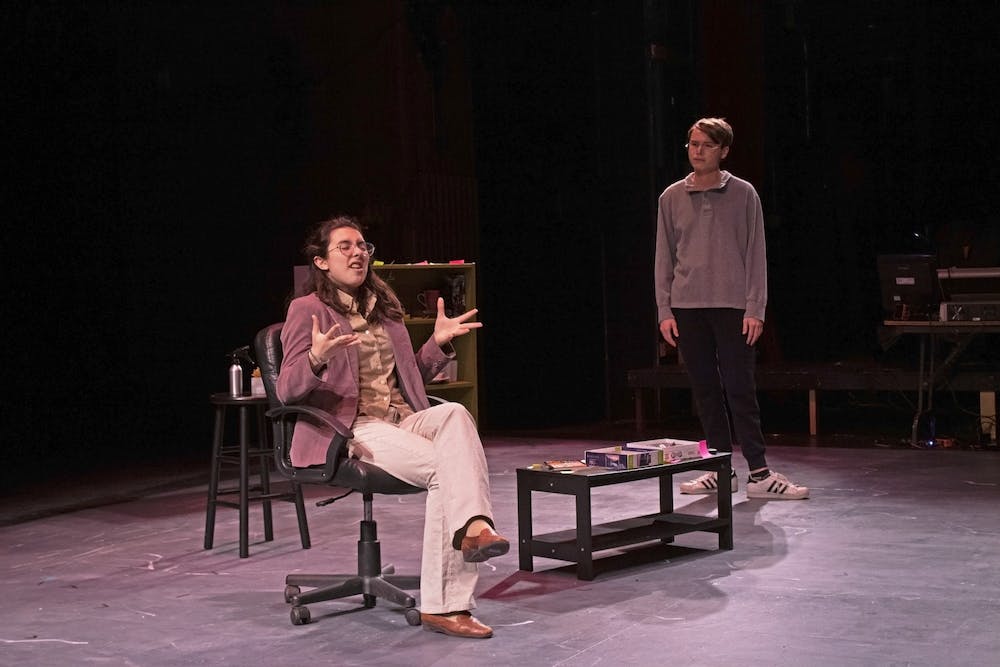 In a quiet building detached from the usual chatter of college life, a young girl sees her world falling apart. She can barely comprehend, much less express, the chaotic emotions that weigh her down. So, she turns to the only person who can understand her deeply-rooted anxiety: her brain, Brian.

“Hi, Brain” is a new theatrical show written and produced by student-led theater organization, the Rice Players. The play centers on the life of Alice, a young woman who works at a neuroscience lab and struggles with anxiety. After a sudden accident that ends in a head injury, Alice begins hallucinating her own brain, who she names Brian. While having deep and intimate conversations with her own brain, Alice begins a journey of understanding her own mental illness and learning how to cope with it.

The Rice Players chose “Hi, Brain” from the Fall 2019 Playwriting Competition, a biannual playwriting competition established by the theater group last year as a place where students could see their creative works come to life on stage, according to Martel College senior Matt Pittard.

“A year ago, [the Rice Players] decided that we wanted to offer a platform for students to present their own original theatrical works,” Pittard, producer of “Hi, Brain,” said. “We started a playwriting competition where we would accept submission from current students and other folks in the Rice community, with the possibility of giving a piece stage read-throughs or full productions.”

Kelsey Sanders said she submitted her screenplay for “Hi, Brain” to the competition with no expectation of it being chosen.

“It doesn’t feel like I did something all that special. I just started writing,” Sanders, a McMurtry College senior, said. “Every time I felt stressed or overwhelmed, I would pick it up and keep writing it until all of a sudden I had something. I didn’t set out to write anything in particular, it was just a big mess of what I was feeling.”

The often abstract theme of mental health physically manifests in the character Brian. Throughout the play, Alice is in direct confrontation with her brain as she grapples with her anxiety. The frequent arguments between Alice and her brain bring to stage a visual demonstration of the dialogue one must have with their own mental health.

Alejandra Wagnon, a Wiess College freshman who plays Alice, spoke on the benefit of having a physical representation of mental health.

“I think a lot of [Rice] students suffer from a mental illness but don’t always feel as though they can reach out,” Wagnon said. “There may be students who come see the show and experience some of the same emotions as my character Alice. And so hopefully in seeing that and her own journey, they can find inspiration to reach out to others in their own life.”

Pittard said that the uplifting and relevant messages present in plays like “Hi, Brain” are one of the reasons why student art continues to be an integral part of campus culture.

“The student-written shows are not only a real showcase for what writers can do but also a way for the Rice population to communicate within itself and bring to light new ideas and possibly start new dialogues,” Pittard said.

“Hi, Brain” opens this Thursday, Nov. 21 at 8 p.m. Subsequent showtimes are Nov. 22 and 23 at 8 p.m. All performances will take place in Hamman Hall. Admission is free for everyone. Donations will be accepted at the door.