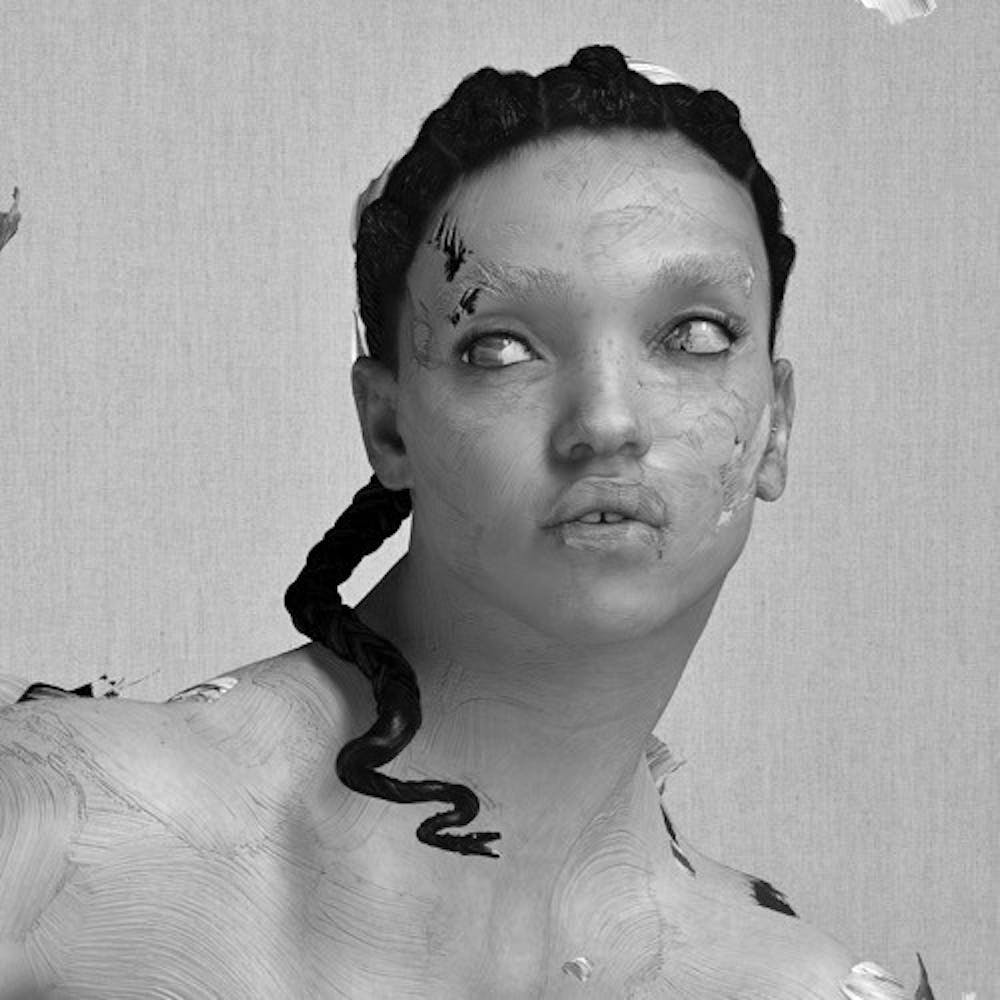 The creative process of multi-genre singer, producer and dancer FKA twigs (Tahliah Barnett) is one of deliberation and perfection — a quality that has left fans waiting years for new music. Five years after her debut album, twigs delivers with her sophomore album “MAGDALENE,” a nine-track triumph released Nov. 8.

The album, born out of heartbreak by the end of twigs’ three-year relationship with Robert Pattinson as well as twigs’ struggle with fibroid tumors, plays with complex themes of religion, womanhood and internal pain. Twigs’ tendency to mix electronic sound with her strong, ethereal vocals shines true on “MAGDALENE,” which prominently features ballad-like choruses in which twigs’ pain is evident. Flawless production by big names like twigs herself, Skrillex, Nicolas Jaar and Benny Blanco lends additional layers to the intricate album, from full-blown vocal mixing to dramatic drum instrumentals.

“cellophane,” the last song on “MAGDALENE,” was released as a single in April, making it twigs’ first release since 2016. The stripped-back production and instrumentals of “cellophane” allows the full strength and range of her vocals to shine, offering listeners a full display of vulnerability and pain conveyed through building tension throughout the song. In “cellophane,” twigs asks, “Didn’t I do it for you / why don’t I do it for you / why won’t you do it for me / when all I do is for you,” a repetitive series of questions that pulls listeners deep into twigs’ pain as she grapples with the familiar feeling of not being good enough.

A glimpse into the three years preceding “cellophane” helps reveal the intensity at which twigs works: one of those years was spent perfecting the art of pole dancing, the central theme behind the music video for “cellophane.” Through pole dancing, twigs offers viewers an incredibly vulnerable and artistic performance juxtaposed with impressive core strength, a contrast that echoes throughout “MAGDALENE.”

In “MAGDALENE,” twigs balances these moments of vulnerability with intense displays of anger (as seen on “fallen alien”) and brooding moments (“home with you”), packaging the album so chock full of emotion that it feels almost unbearable at times. Every buildup, however, is perfectly timed, letting listeners gasp for air after unwittingly holding their breath. This oscillating tension is best displayed in “sad day,” which features club-music-like builds and drops interleaved with the repetitive, echo-y question: “would you make a, make a, make a wish on my love?”

The mix of emotions on “MAGDALENE” also signals twigs’ tie-in to religion, seen on “mary magdalene,” where twigs draws comparisons between her and the Biblical figure. Twigs notes Mary Magdalene’s long-standing reputation as a prostitute through provocative lyrics (“I do it like Mary Magdalene / I’m what you desire) but pairs it with a general critique of societal treatment of women (“A woman’s war / unoccupied history”). This duality is thematic — twigs, through her tormental moments, emphasizes that women are far from one-dimensional. The dark, church chorus-like backing vocals of “mary magdalene” further entrenches its religious theme, simultaneously referencing and critiquing religion’s role in typifying women.

“MAGDALENE” only has one feature which may be surprising to some — rapper Future, who comes in on the hypnotic “holy terrain.” The song on first listen sounds disjointed, primarily due to the introduction of Future’s heavily-autotuned vocals in contrast with twigs’ solo voice on every other song, but on second listen the collaboration feels natural and intentional. “holy terrain” is at its core an anxious dialogue between twigs and her lover, in this case performed by Future. Twigs asks, “will you still be there for me, now I’m yours to obtain?” to which Future responds “I hope you never take my love, yeah, in vain.” Their duet chorus subsequently weaves a story of difficult love between two insecure lovers.

Because each song on the album could be dissected even more thoroughly than the three above, it is hard to truly encapsulate the masterpiece that is “MAGDALENE” in a few hundred words. Its complex and heady mixture of electronic sound, trap beats and raw vocals make it much more than the next radio hit or casual study music. Instead, one should listen to the album in full, in a quiet room with headphones on — and listen again, and again.

“MAGDALENE” can be found on all major streaming platforms.