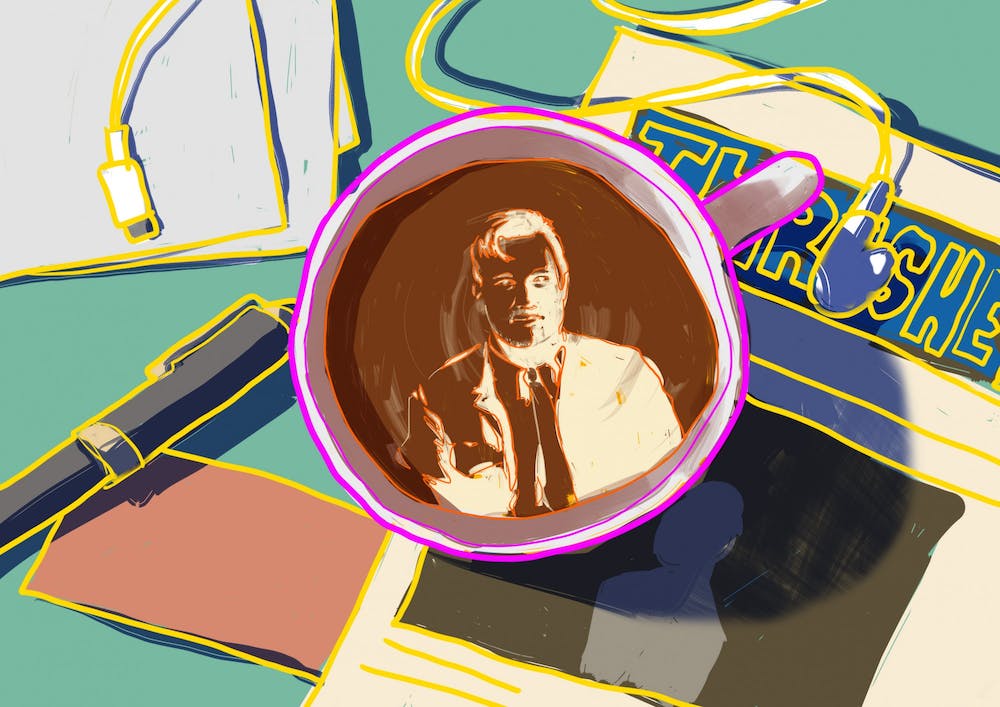 Nestled away in the southwest side of the McNair Hall courtyard is a room full of construction, espresso and hope. This is where I met David Buehrer this past Saturday. When I arrived, Buehrer was bustling around the room, talking with his employees and prepping for Audrey’s, the coffee shop that will open in the Jones Graduate School of Business this coming spring. Buehrer’s journey into the world of coffee began in high school at Shakespeare Coffee Bar, a cafe near where he grew up in southwest Houston. Here is where his passion began to brew.

“I fell in love with coffee and the community first,” Buehrer said. “Being hospitable, and being a part of people’s day, and learning people’s names. You end up realizing that they see you more than they see a lot of other people so you start forging these really close relationships with everybody.”

Buehrer was known as “the coffee guy” in his high school and has since upgraded to being the coffee guy of Houston. In 2009 at the age of 22, Buehrer established Greenway Coffee Company alongside business partners Ecky and Nikén Prabanto. Since then, the team has opened eight other local coffee concepts, including Blacksmith Coffee, Morningstar and Inversion Coffee House.

When the Jones School was considering opening a coffee shop in McNair Hall, they hired Buehrer as a consultant to advise them. According to Buehrer, the Jones School was very open with him, and took his feedback willingly. They ultimately chose to hire him and his team to open Audrey’s. The coffee shop will pay homage to Audrey Moody Ley (class of ’36), and in designing the space with Rice, Buehrer was very inspired by the Audrey ficus.  In thinking about the space and functionality of Audrey’s, Buehrer said he has been very intentional.

“I want to focus on making this the Rice Blacksmith, I want it to be known as the coffee place,” Buehrer said.

He said that the cafe hopes to be transparent in its business operations and equipped to answer any questions students may have about any aspect of the business.

“I can tell you how great the mocha is going to be, or how we’re going to do a couple of drinks for Rice specifically, but honestly, that sort of stuff is going to be secondary to the experience that people will have through the foundation of the transparency of the education and the design we’re going to do here,” Buehrer said.

His conscientiousness toward transparency and sustainability is the thread among all his coffee shops as he strives to provide a pleasant work environment for his employees and develop strong relationships with the family farms that grow the coffee beans his coffee shops roast.

Even though he was already making a name for himself as “the coffee guy,” Buehrer took on a slew of other random jobs throughout high school. Along with his job at Shakespeare’s, he did administrative work for a medical practice, delivered lost luggage for airlines and worked at the shoe store, Journeys, all at once. Even amid this grab-bag of jobs, coffee remained his primary interest. When he was 19 years old, Buehrer took over a failing doughnut shop near Kemah Boardwalk, marking his first business venture in combining coffee and doughnuts. He opened a second doughnut shop in Clear Lake at the age of 22. David’s big break into the coffee world, however, came when he took over Tuscany Premium Coffee in Greenway Plaza. This marked the birth of Greenway Coffee Company, which Buehrer and the Prabanto sisters have since expanded from an artisan coffee bean roaster into a booming local empire. The team went on to form Thoughtful Endeavors, their business venture think tank through which they’ve formed many of the local cafes that Rice students know and love, including Blacksmith Coffee, Inversion Coffeehouse, Tropicales, Prelude Coffee and Tea, Morningstar, and Coral Sword.They have also partnered with Malk Beverage Company to produce Malk Bev Bar.

After talking to Buehrer, I noticed a common pattern that he himself remarked upon. Buehrer said, “I said yes, and I figured it out later.” This seems to be Buehrer’s approach to business — seize opportunities when you can take them. However, for Buehrer, the “figure it out later” part of his work remains thoughtful. When Audrey’s opens, it will be a space where people can enjoy a unique Rice-oriented experience while enjoying a high-quality cup of coffee. Buehrer and his team’s extensive background in the coffee world, along with their efforts to understand our campus and design an inviting space, will definitely leave an impact on our campus coffee culture.