You should holler at Holloway 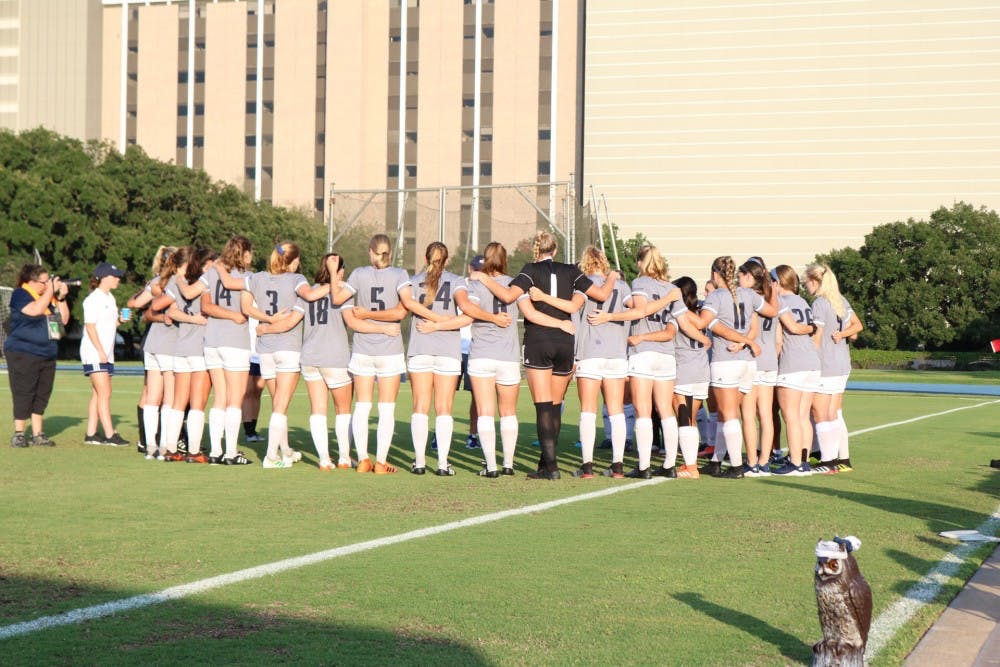 Although five varsity athletic teams are currently in season for Rice athletics, soccer might be the most entertaining team at Rice to watch. Here’s why I recommend you watch a Rice soccer match:

Head coach Brian Lee insists on the team pressuring opponents in situations of potential entrapment. He relates his preferred pressing style to a basketball team working to defend on the court: Once a Rice player steals the ball, the Owls’ wide midfielders, senior Lianne Mananquil and freshman Shiloh Miller, sprint forward into the attack. Then, Lee encourages his strikers to receive the ball in an attacking position, where they can choose to pass the ball to Mananquil or Miller at the attacking flanks, find a fullback in a crossing position, outlet to sophomore midfielder Delaney Schultz or fire a shot toward the goal.

Rules in college women’s produce fairness. For example, any stoppage of play (e.g., injury, foul, referee review) triggers a stoppage of time. This method of timekeeping is superior to professional timekeeping rules. Professional soccer’s use of “extra time” confers too much power to the hands of officials, while college women’s soccer rules beget impartiality. Another excellent rule in college women’s soccer is the substitution rule, which permits teams to substitute one player at each position once per half. Several Rice underclassmen receive playing time as a result.

The Owls have solid goalkeeping depth; Sophomore Bella Killgore and senior Maya Hoyer share time in goal. According to Lee, any team would be fortunate to have either goalkeeper. Juniors Trinity King and Mijke Roelfsema anchor Rice in central defense. In midfield, the three-headed monster of Mananquil, Schultz and senior Erin Mikeska dominate possession. And on the forward line, senior strikers Haley Kostyshyn and Louise Stephens play one-touch passes and strike powerful shots on goal.

4. The Owls are a contender in Conference USA.

Moving forward, the Owls will likely maintain a winning record in part due to their unique training methods. Lee incorporates a system of periodization into the team’s practices, which is a training regimen whereby a team begins with low intensity, high volume training before incrementally increasing intensity and lowering volume throughout the season. According to the principle of periodization, Rice soccer should therefore reach maximum performance toward the end of the season.

The Owls next play the University of Alabama, Birmingham on Sunday afternoon at Holloway Field. Come hoot and holler!