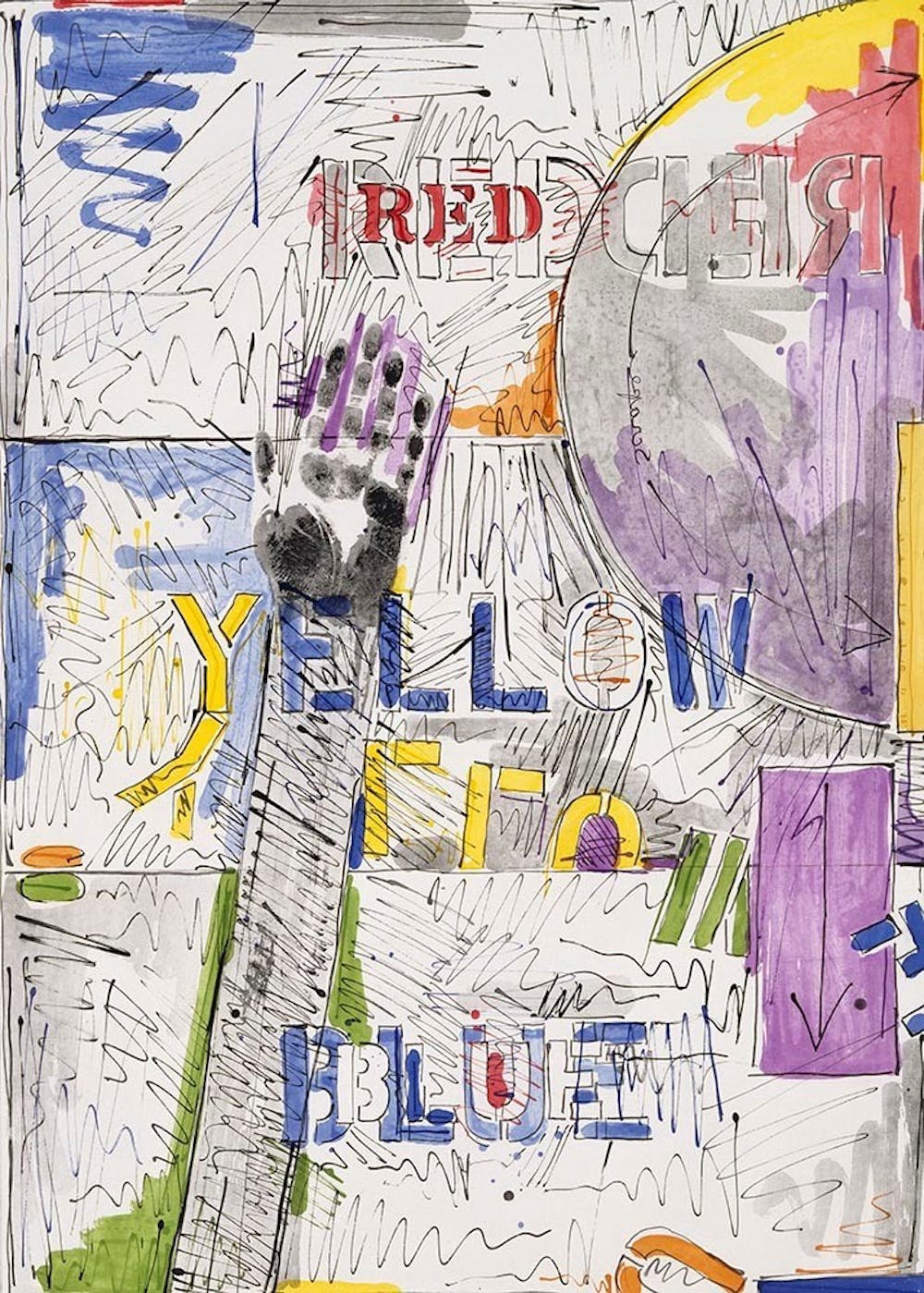 This Sunday, Sept. 29, marked the opening of the Museum of Fine Arts, Houston’s latest exhibition, “Jasper Johns: 100 Variations on a Theme.”

Although this American painter, sculptor and printmaker may not be as renowned as Andy Warhol or Jackson Pollock, Johns is considered one of the greatest contemporary printmakers and his works have sold for millions of dollars each. This exhibition at the MFAH celebrates two of his pieces,  “Catalogue Raisonne” and “Untitled (Red, Yellow, Blue),” and explores the evolution of printmaking techniques as well as common motifs in his work, such as ASL, his handprint and stenciled letters and numbers.

Walking into the exhibit, you are greeted with the peaceful chatter of museumgoers as they wander around the space, observing each of the prints on the gallery walls. The exhibition’s namesake, “100 Variations on a Theme,” is based on Johns’ “Catalogue Raisonne,” a series of 100 unique prints made over the course of 10 days in his Connecticut studio in 2015. The pieces are set up in groups of 10, from 1-10 to 91-100, and the last set ends in the same room where the first begins, making a loop around the entire space.

Jasper Johns most prominent works are prints, images that are created by applying ink to a mold, which can be a metal plate, lithographic stone, a woodblock or other objects, and then running it through a printing press so an impression is made on the paper. Johns works use two special techniques, monotypes and monoprints, so that each print he makes is unique.

Each print consists of similar imagery: a leaf, a hand-drawn or stencilled number, the handprint of the artist, a piece of string, and American Sign Language with the word “raisonne” overlaid on top. Although 100 variations of the same group of five images may seem excessive to some, each print adds something unique to the body of work as a whole. As you gaze at each piece, it’s like you can see Johns’ mind at work — how he rearranges the images again and again to convey something one of a kind and beautiful each time.

The exhibition also features some of Johns’ other iconic works, including the series, “Untitled (Red, Yellow, Blue).” These paintings are much bigger than the prints in “Catalogue Raisonne,” and are based on three separate prints that were originally displayed in Johns’ house before they became one work. He experimented with these three prints through the ’80s and ’90s, rearranging the metal plates and exploring color combinations of red, blue and yellow and green, purple and orange. In this series, like in “Catalogue Raisonne,” you can clearly see the artist having a conversation with his work over the years. He makes sudden alterations while keeping other aspects the same, changing the meaning of the composition with each piece he produces.

In “Jasper Johns: 100 Variations on a Theme,” the viewer gets to see not only Johns’ works but also his creative process. Some images are drastically altered while others remain practically the same. With each work, you gain new insight on the Johns’ mindset: the message he is trying to convey, the images that resonate with him and how he goes about altering his works. This exhibition exposes you to printmaking and the lesser-known art techniques that accompany it, and displays the evolution of an artist and his work.

Students can visit “Jasper Johns: 100 Variations on a Theme” from Sep. 29 to Feb. 16 at the Museum of Fine Arts, Houston.