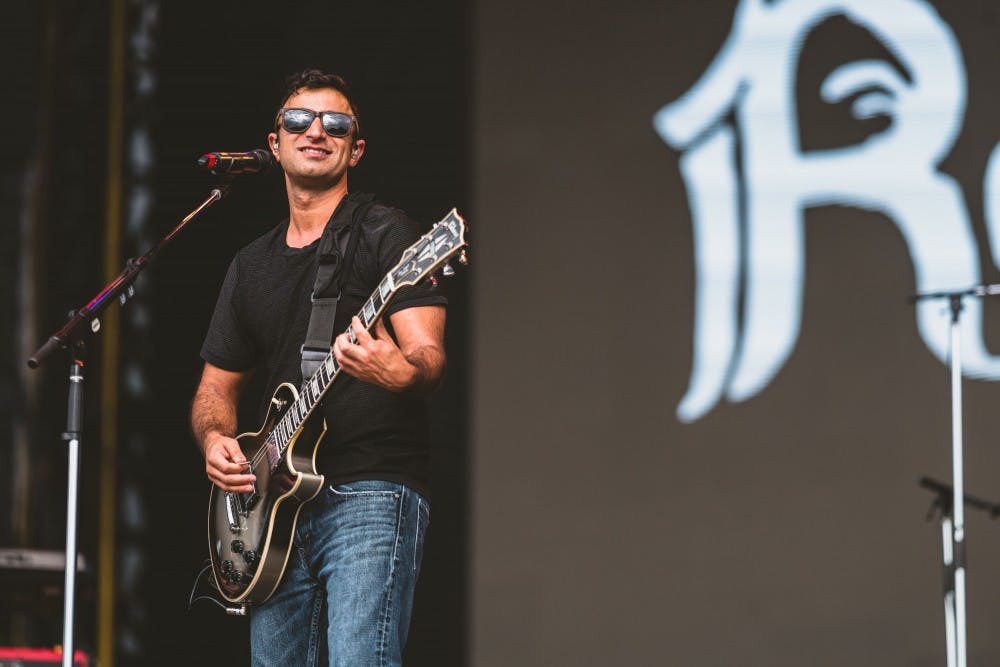 Eric Rachmany, lead singer and guitarist for Californian reggae-rock band Rebelution, sat down with the Thresher during weekend two of Austin City Limits Music Festival to discuss his involvement in the Last Prisoner Project.

The Last Prisoner Project is a nonprofit organization dedicated to pursuing restorative justice for people incarcerated on nonviolent cannabis-related charges. Due to the growth of the legal marijuana industry, which earned $10.4 billion in the United States in 2018 alone, this coalition of cannabis industry leaders, executives and artists argues that people should not be in jail for the same activities that are making others millions of dollars. Through legal intervention, advocacy and awareness campaigns, the Last Prisoner Project aims to aid incarcerated people while educating the public on the cannabis industry.

Rachmany, a longtime cannabis advocate and California native, explains how he plans to contribute to the Last Prisoner Project through his music and influence.

How, when and why did you get involved in the Last Prisoner Project?

I heard about it through my manager Dean Raise. All of a sudden he told me he was on [the] board for the Last Prisoner Project. He told me about the concept and I knew it was something I wanted to get involved in immediately. Rebelution has always been big cannabis advocates and... we came out with a vaporizer cartridge, a couple cartridges.

I'm doing an acoustic tour in December, and 100 percent of the proceeds are going to the Last Prisoner Project. It feels like something that I have to do. It breaks my heart knowing people are in prison for... a nonviolent offense like distributing cannabis or using cannabis. So it's definitely something I'm going to support for a while.

You said 100 percent of the proceeds go to the program; that's awesome. Do you know precisely or specifically what it's going toward?

A lot of it is going to legal aid. A lot of these prisoners don't know that they're eligible for expungement and so, a lot of it is those fees. It's hiring lawyers to work on specific cases, yeah. Mostly lawyer fees.

Have you known anyone personally whose been imprisoned for that?

No I don't. I don't know anybody personally but that could very well happen to any one of my friends, any one of my family. And yeah it just breaks my heart. These people shouldn't be in prison anyway for something like cannabis. The mission is to get every last prisoner with a cannabis conviction out.

Do you feel nervous at all when you travel to states where it's not legal?

I do. I definitely do. Rebelution has had its experiences with law enforcement and it's scary. I live in California where it felt like it was recreationally legal for the last 20 years. But when you go to the South, you go to some other states, you really have to watch your back. It's not even worth it to me and yeah, you definitely have to be really careful. And that sucks because it should be legal federally. That's my opinion.

To learn more about the Last Prisoner Project, visit https://www.lastprisonerproject.org/.