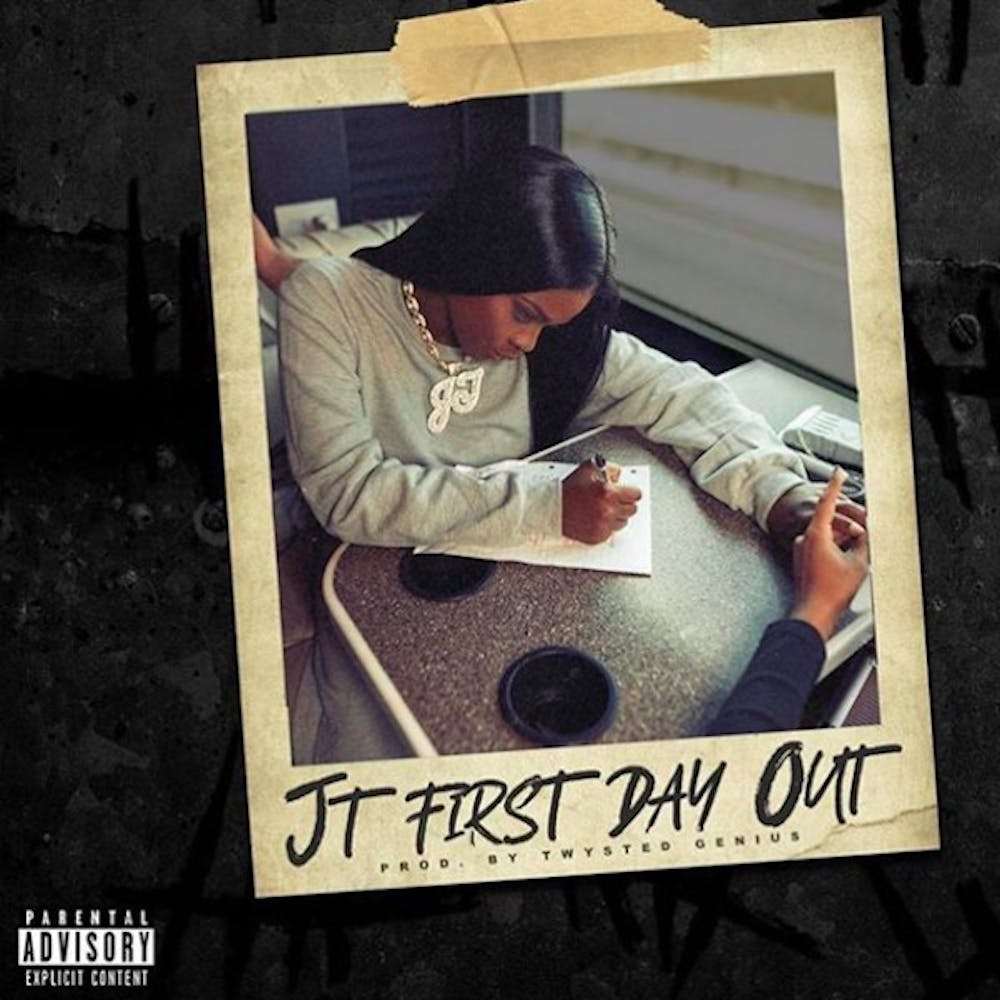 Immediately after her release from prison Oct. 8, JT of the rap group City Girls released a blistering track “JT First Day Out.” In doing so, JT joins a long list of rappers who have released “first day out” songs. To celebrate a worthy addition to the genre, we’re ranking first day out songs from worst to best. Without further ado:

If you can’t even commit to naming your song “First Day Out,” it’s probably not a great first day out song. This track just features YNW Melly chanting “gang” and rapping various non-entertaining non-sequiturs (“Pussy bitch, you know I like them egg whites”). Even an ironic listening of this track is unbearable. Fortunately for Melly, he’s looking at a few more decades in prison, so he’ll have plenty of time to craft a worthwhile first day out track.

An Atlanta rapper only famous for killing a more famous Atlanta rapper (Bankroll Fresh), No Plug proves that even if you’re released from prison, you still have to say something worth saying. All that No Plug offers to a generic trap beat is a few weak bars on cocaine euphemisms and boring threats. He even brags about having a “push to start” car in 2017. Although No Plug claims “they think I’m Chief Keef,” I don’t think anyone really thinks that, at least not based on this cut.

13.  “First Day Out” by Breadwinna Gdawg

This track qualifies as your run-of-the-mill first day out song. There is a hard trap beat accompanied by typical bars about freedom, women and money. Gdawg’s boasts about his uniqueness ring hollow, though; he sounds like the Dollar Tree version of Kodak Black. All in all, I’m happy that this young man has been released from prison and can continue to make his totally mediocre trap music.

PimpTobi at least gets credit for a smoother take on the first day out genre. Over a beat reminiscent of a DJ Mustard club banger, he melodically promises himself money, love and success. The hook is lyrically cliche (“Shit get real when you’re caught up in the field / I’m just tryna run it up to a motherfuckin’ mil”), but PimpTobi’s delivery makes it earworm potential. This is definitely one of the catchier and more melodic first day out tracks, but it lacks some of the raw emotion that makes this genre so powerful.

It’s patently ridiculous that Offset, a well-established barsmith, comes out so low on this list. From the start, this track is hurt by a comically phoned-in Murda Beatz track that trades any grandiosity for a boring pluck and a weak clap. Offset doesn’t help, though. He treats “1st Day Out” like any other song and doesn’t bring his A-game. He puts in a weak hook and his delivery fails to capitalize on some of the harder bars in the song (“I cooked the dope while she count the commas / If she run with the money I’ll kill her momma”). This track is just another unfortunate reminder of the Migos’ slump post-“No Label 2” and pre-“Bad and Boujee.”

In this cut, Flames proves that the first day out genre is not just limited to Americans. The Brit celebrates the little things, from “hot water in my noodles” to “putting credit on the kiosk” after his release, but also laments that his bros remain locked in the slammer. Flames sounds completely gleeful picking up all the “shawties” in England and is ready to give the world hell. That’s what a first day out song is all about.

This track starts out strong, with an indignant Jimmy Wopo yelling “I’m startin’ out my day,  with a chopper” over a banging flute beat. This is a true representation of what a first day out song should be — an aggressive celebration of freedom. Wopo wants “cake and a box of condoms” and he’s gonna “blow your ho the emoji kiss.” It’s ridiculous, but that’s the fun of it. Every line is said with an equally ecstatic and desperate intensity as the song proceeds. For an artist who was taken from us when he was far too young, this track is a reminder of Jimmy Wopo’s celebration of life.

After the iconic “ey yo, Pierre” producer tag, Young Nudy makes a solemn promise in the form of the track’s first (and hardest) bar: “I ain’t going back to jail,  *****, fuck 12.” The Pierre Bourne beat doesn’t let up for a second and this track is phenomenal when Young Nudy is able to match its intensity. Unfortunately, Nudy can unnecessarily lean into meaningless blather. Over the course of a four-minute track, generic bars can feel like quite the drag, but Nudy knows how to throw the audience a bone just when he’s losing them. For example, Nudy even shouts out the originator of the first day out genre with the boast “I’m more like Gucci, pussy,  yeah I love shooting.”

Kodak Black could probably have released five different first day out tracks by this point (remember when he livestreamed a police raid on Instagram?), but this 2017 cut makes the argument for quality over quantity. Black starts his verse off by thanking his No. 1 supporter in his promise “First day out / Gave my mom a hundred racks.” He then goes on to describe the various luxury items he will purchase for himself and his crew (a Swiss watch, canary yellow diamonds, a Corvette, a gun, codeine) with his typical candor and humor. It’s a perfectly respectable entry into the canon, but Black still has room to grow in his inevitable future first day out tracks.

“Hey guys, my friend Xanman just got out of jail,” YungManny says before the start of his creatively aggressive verse (“Put 0.556 in his head like gel”). Questionable subject material aside, this is a reminder that rappers aren’t just excited for their own freedom. For every ecstatic Xanman line, YungManny is equally excited to be reunited with his pal. This dynamic duo of young rappers out of the Washington metro area trade two punchline-heavy verses over a hard beat and simple piano keys. YungManny especially shines in this track with bars that go beyond ridiculous — for example, “We did 9/11 on that plane / Me and Osama met in first grade” — but are delivered with such a conviction you can’t help but respect it. This is definitely the least serious of the first day out tracks, but that may also make it the most glorious.

The summer of 2016 was a better time — President Donald Trump was a harmless joke, everyone mimicked Desiigner’s adlibs and Gucci Mane was finally free. “First Day Out Tha Feds” is a focused, intense track from the originator of the entire genre of first day out songs. A menacing Mike WiLL Made-It beat shimmers in the background of the iconic “it’s Gucci” adlib as the drums drop over a staccato melody. Gucci’s sole verse is impressively focused — all instrumentation cuts off for 32 bars describing the pain and danger Gucci has faced all his life. Ultimately, though, Gucci knows the world is still his — “You either with me, or against me, or you in my way.” It’s impossible to ask Gucci to replicate the energy and rawness of the original first day out song, so he instead opts for a more measured and focused approach that yields its own fruits.

There’s a reason this track was the impetus for this entire ranking — JT goes off and she has every reason to. “When I was countin’ down, / These bitches counted me out,” JT begins. After seeing the City Girls’ meteoric rise to success (their feature on Drake’s smash hit “In My Feelings” and the blow up of their track “Act Up”) from behind bars, JT stakes her claim to fame with hard bar after hard bar.. JT’s flow is relentless as she sets out to remind the world why we missed her; her words stream out uninterrupted for three minutes straight. It’s exciting to see an artist come back better and more determined than ever.“JT First Day Out” doesn’t let anyone forget that this is the City Girls’ world and we’re just living in it.

Chief Keef’s “First Day Out” is inarguably the most derivative of Gucci Mane’s original “First Day Out,” but that’s not necessarily a bad thing. Chief Keef lifts lyrics and motifs from Gucci’s track but puts his unmistakable stamp on the track with his melodic mumbles and incessant “bang” adlibs. This song effectively represents the new generation of hip-hop with  lyrical interpolations that highlight the generational divide: Chief Keef turns “I’m counting up money in my living room” to “I’m counting up millions in my mansion”. Even when completely unintelligible (which is fairly often), Chief Keef still demolishes this track. It makes sense — his hyper-aggressive and jubilant rap style was made for the first day out genre.

This entire genre would not exist if Gucci Mane had not demolished a Zaytoven beat on his first day out of prison. From the iconic first line of “I’m starting out my day with a blunt of purp,” it’s clear that time behind bars has not changed Gucci at all. The Atlanta trap legend matter-of-factly lays out his various possessions, including (but in no way limited to) “a silver spork,” “the chicken room,” “a sick wrist” and a “basement full of Benjamins.” This one stands out from Gucci Mane’s hundreds of other songs because of its relentless energy and commitment to subject matter. “Gucci’s back, bitch” to reassert himself as a trap lord and invent an entire new genre.

1. “First Day Out” by Tee Grizzley

This list was always going to be Grizzley’s to dominate. While Grizzley may lack the mythos of Gucci or the legitimacy of Chief Keef, he has the best first day out song by far. Grizzley tracks his own life through hyper-specific and endlessly quotable bars that oscillate between somber (“You ever been inside a federal courtroom / ***** you ever been to trial and fought for yo life”) and joyful (“Ey JR *****, ain’t it a blessin’  We made it outta Lansing after all that happened”), violent (“Whoever feelin’ hot the AR got a heat sensor”) and hilarious (“I told them crackers holla at me when they sober”). The delivery is as perfect as the lyricism — Grizzley even manages to make his lines about legal procedure connect. On top of that, Grizzley’s bars are all symbiotically attached to the gorgeous beat, a sophisticated piano riff that abruptly switches into aggressive arpeggios at the drop.

“First Day Out” almost feels like a Build-a-Bear for the perfect first day out song. In terms of personal storytelling, “First Day Out” is simply one of the best rap cuts of the decade, ranking in the upper echelons with Meek Mill’s “Dreams and Nightmares” and Kendrick Lamar’s “m.A.A.d. City.”  The beat does everything you want it to do and more. When it comes to conflicting emotions of freedom, Grizzley does a beautiful job articulating the sequence of his thoughts through a flow of consciousness rap. “First Day Out” by Grizzley is unambiguously the GOAT of first day out songs. 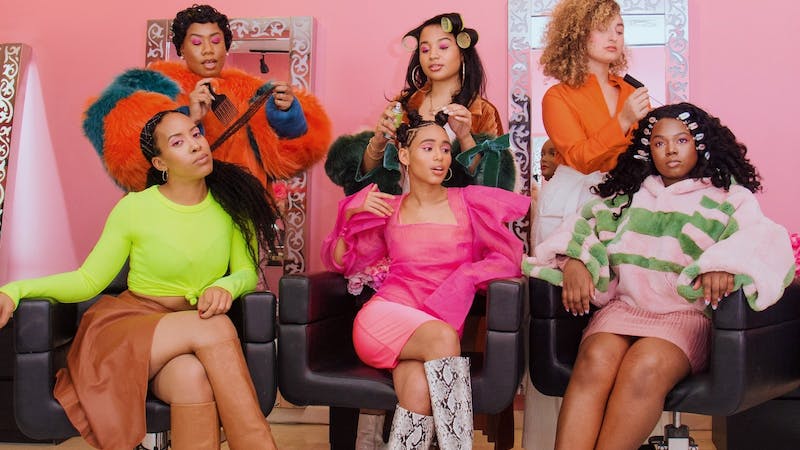 When I asked Rice Creative Society founder Taylor Crain what struck her most about the documentary short film “Black Girl Church,” her answer was simple: “It’s encapsulated in the title — the documentary feels like home.” 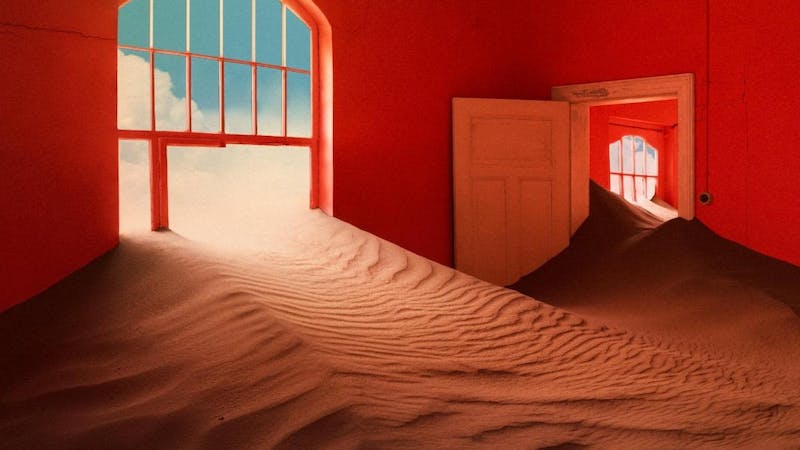 Making an album as creatively rich as “Currents” was always going to be a tough job or Kevin Parker, and his newest album “The Slow Rush” is the comparatively-lackluster proof. 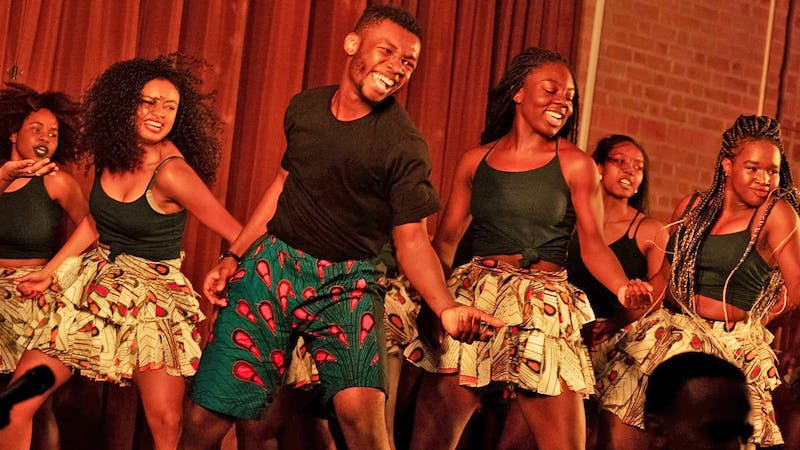 Hosted by the Rice African Student Association, “Africayé 2020: Coming to Africa” will immerse the Rice community in the sights, sounds and tastes of African culture this Sunday. The annual showcase will feature music, dance, fashion, comedy, skits, food and a newly added art gallery.