Men’s basketball seeks to bounce back from previous turnover 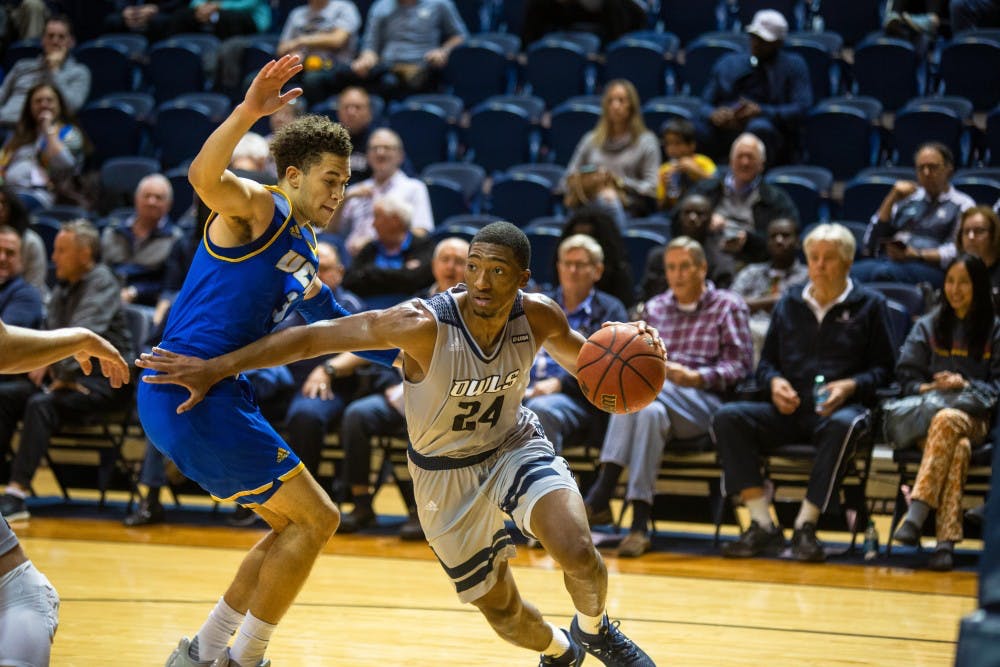 The men’s basketball season is almost here, with the Owls’ season opener less than a week away. Last season, Rice finished No. 11 in Conference USA and finished 13-19 overall and 8-10 in conference play. Both of those win totals improved from the 2017-2018 season, where the Owls finished with seven wins overall and four in C-USA.

Scott Pera returns for his third year as head coach of the Owls. Pera said that he hopes the team will continue to show improvement this season.

“We’ve had some peaks and valleys and we’re working towards being more consistent,” Pera said. “That’s going to be a huge key.”

Rice experienced massive roster turnover over the past two years due to transfers and graduating students. In both the 2017 and 2018 offseasons, six players transferred to other universities. The returning teams in those seasons were composed of almost half new players, making it difficult to replicate chemistry and experience.

This season, however, Rice brings back all but four of its players from last season. Graduate students Jack Williams and Dylan Jones ran out of eligibility, senior Oliver Xu graduated and freshman Quentin Millora-Brown transferred to Vanderbilt University.

According to Martin, having a lot of experience on the roster will work to the team’s advantage.

“It’s honestly a new feeling,” Martin said. “I’ve never really had a returning team with this amount of guys throughout my four years of college … It’s exciting and that’s part of the reason why our expectations are so high because every single year we’ve had to start new and rebuild something. This year we can build off something that we started last year.”

Sophomore guard Trey Murphy III is poised to be a key contributor as well. Last season Murphy showed that he could score in bunches through a stretch where he scored at least 18 points per game over three games.

According to Murphy, he feels more comfortable this season, now that he has a season in college under his belt.

“The game slows down tremendously [with added experience],” Murphy said. “It just seems like the basketball IQ of this team as well as like the younger guys is really growing a lot.”

According to Adams, the new Owls will make an immediate impact.

Additionally, two transfers join the Owls this year. Graduate student guard Tommy McCarthy comes in from Harvard University and junior forward Malik Ondigo transferred from Texas Tech University. Ondigo will have to sit out a year due to NCAA transfer rules; McCarthy does not due to his graduation.

While Pera declined to name a starting five for the season, Adams is the likely starter at the point guard position. He has started every game in the last two years while being among the Owls’ scoring  and assist leaders. Pera said Rice’s depth is a strength of the team this year.

“There’s a few guys I think that I could say if we played tomorrow, would start, but I couldn’t name five of them right now,”  Pera said. “I think that’s a real good thing because it shows our balance … There may not be a set starting five every night. I think we have seven, eight [or] nine guys that could maybe be a starter and on different nights contribute as a leading scorer.”

Rebounding is a potential issue for this year’s team. The departed duo of Williams and Millora-Brown were the Owls’ top two rebounders last year and Rice will depend on freshmen for much of its height this season.

Upon returning home, the Owls will face the University of Pennsylvania, Pera’s former team. While the team was picked to finish No. 13 in C-USA in the preseason coaches’ poll, Martin said that the team can have reasonably high expectations for this season.

“A good goal for us would be to finish top six in the conference,” Martin said. “I think it’s a realistic expectation. We have a lot of returning guys with experience. Some older guys, some young guys bringing new things to the table.”