Coffee comes second in the new Espresso Yourself art gallery 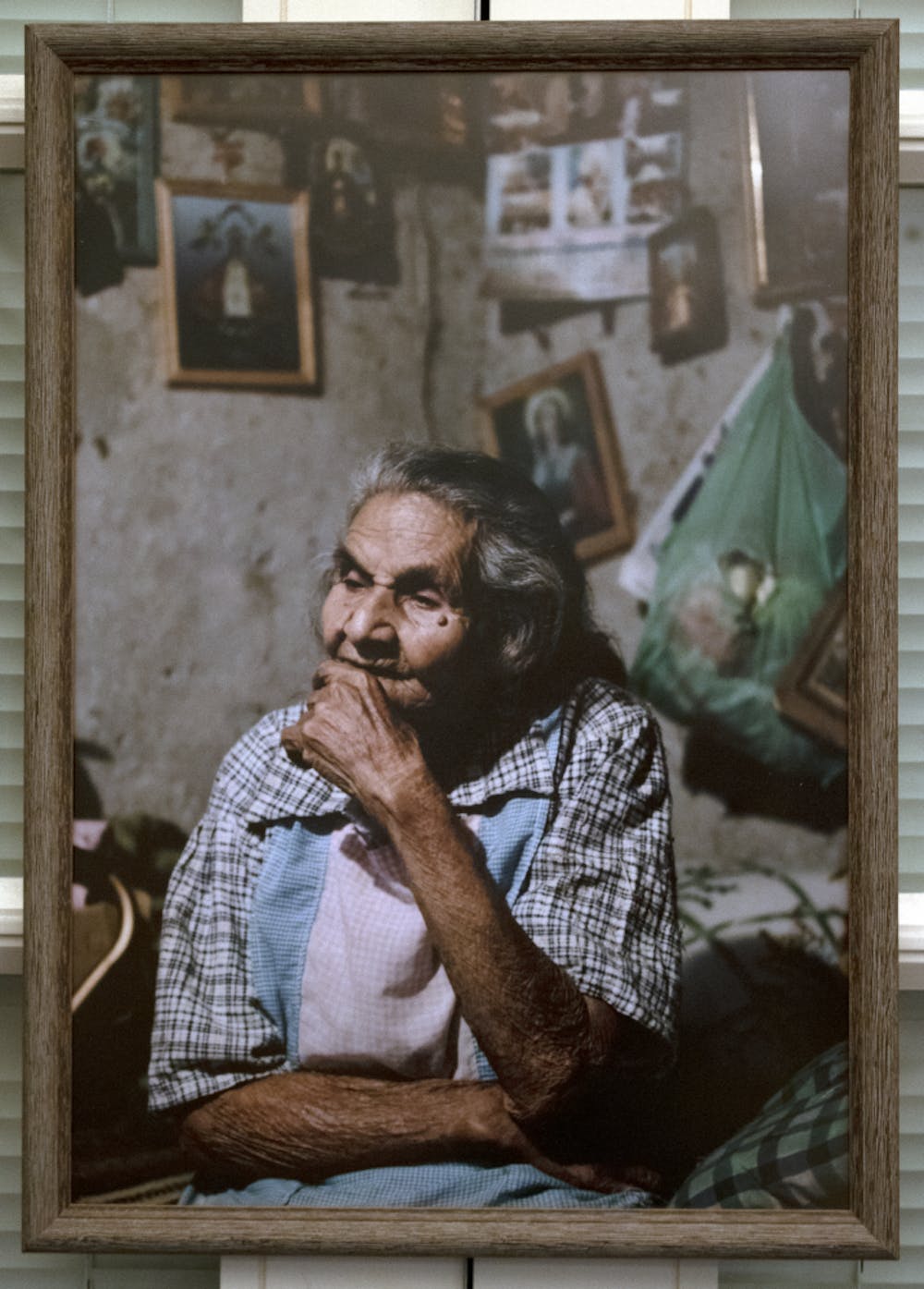 Espresso Yourself: Art has been a long-standing tradition among students who sought to share their art with the Rice community. This semester, Espresso Yourself drew inspiration from Bauhaus, a prominent German art school that greatly shaped the global art scene. Coffeehouse embraced this ideal of free artistic expression not only in their support of Rice creatives but also through their new limited edition drink, the GingerHaussmann. The display showcases a variety of visual art forms, from collage to photography to crocheting. This unique selection of artwork shines a light on the diversified experiences of the student body.

Pete Sirithanachai, a Lovett College freshman, illustrated the enormity of the world in his photography piece “The Real World,” which depicts skyscrapers and flashing billboards in Times Square towering over a lone figure.

“The subject in this picture is portrayed as small and insignificant compared to the screens, which illustrates how we are just one out of billions of people in the world,” Sirithanachai wrote in the exhibition catalog.

While this piece aims to bring attention to the vastness of our surroundings, another piece by Wiess College junior Sarah Easley revealed the exact opposite: the individuality of human existence. Easley created a linocut print of her friend’s portrait and named the piece  “Untitled” in order to emphasize the subject as the focal point.

“I became tired of making block prints of my own face because I’ve been doing a lot of self-portraits,” Easley said. “So I asked [Areli Navarro Magallon] for a picture of herself that she liked. She sent me this picture that was very selfie-esque and I decided to really lean into the selfie nature of her picture.”

Espresso Yourself also contains pieces that shine a light on the diversity of Rice students and their backgrounds. Drawing on his Mexican heritage and family ties, Jose Martinez Negrete, a Sid Richardson College senior, created an ensemble of three family portraits called “Campesino,” “Abuelo Sagrada” and “Tiempo.”

Inspired by his annual visits to his hometown in Mexico, Negrete photographed his grandparents during one of his trips to the rural farmlands. Having descended from generations of field workers, he said he sought to visually represent the hardworking nature of his family’s farming community.

“I wanted to capture the hardships of my family, reflected upon their aged skin and tired clothes, and through extension, the lifestyle of the Campesino,” Negrete said.

Through a candid portrait of his grandparents and older uncles, Negrete said he hoped to memorialize the simple beauty of a farmer life through these images “even if they’re not alive in the future.”

Like many of the other artists featured in Espresso Yourself this semester, Easley began working on her piece as a side project with no intention of displaying it to the hundreds of students who pass through Coffeehouse.

“Ninety-nine percent of the things I make are not out in the world and that was supposed to be one of them,” Easley said.

However, when her printing became “a finished piece,” she found herself submitting it to Espresso Yourself.

Easley also said that her job as a manager at Coffeehouse propelled her to contribute to the cafe’s lively art scene.

“It feels right to have my stuff here because Coffeehouse is already such a big part of my life,” Easley said. “I’m glad to be a part of not only the management team but also the culture of Coffeehouse and its community.”

While every artist has their own style and media form, they universally agree on the significance of displaying art pieces in Coffeehouse.

Jenny Wang, a Martel College senior, wrote in the gallery catalog, “Art at Rice has faced a lot of challenges in displaying student work and hosting performances. I’m thankful Coffeehouse can be a site of discussion for student interaction with art on campus, and I hope to contribute to the excitement surrounding visual art through Coffeehouse.”