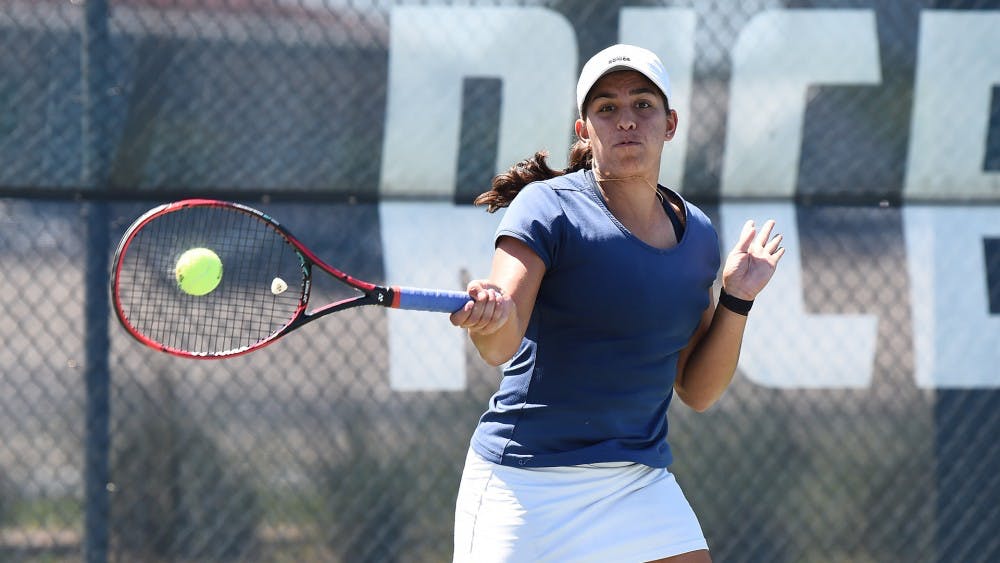 Coming off of a successful spring season in which the team finished with a 16-8 record and a Conference USA championship, Rice women’s tennis is gearing up for victory this weekend during the annual Rice Invitational tournament.

Head coach Elizabeth Schmidt said she has a positive outlook on the team’s potential for the season. According to Schmidt, the team showed considerable improvement during the past season.

“Our team grew a lot from start to finish last season in many areas and our goal is to continue that growth this season,” Smith said. “With seven of eight returning, I told them at the end of last season that I think we have just scratched the surface of what we are capable of so excited to continue to build on that growth this season. This is a hard-working and hungry group who I know will just continue to grow.”

In last year’s NCAA Championship, Rice narrowly lost in the first round to Texas A&M University. That loss was preceded by the Owls’ sixth C-USA Tournament victory in seven years. Schmidt said she finds importance in approaching each match with the same competitive vigor, whether it be in a preseason tournament or in the postseason.

“While the fall season is more individual tournaments, every match still counts towards [the players’] individual national rankings so [there are] a lot of great opportunities for our players this fall to build their rankings while representing Rice University and our program,” Smith said.

Priya Niezgoda, who made both last year’s C-USA All-Singles and All-Doubles teams, is the only senior on the roster. Although she has played for two C-USA champions, Niezgoda said she still maintains the same excitement for every match.

“It’s always exciting to start competing again and representing Rice; it is what we love to do,” Niezgoda said. “Even though a lot of the fall tournaments are individual instead of team format, playing alongside my teammates and getting a small taste of what the season will bring is always something to look forward to.”

Aside from her excitement for playing in matches, Niezgoda said she also gets fired up for her pre-game preparations with her teammates.

“Right before the match starts we all get together and have a little pep talk with the coaches, say our Rice cheer and give high fives all around,” Niezgoda said.

The sole Rice senior said she loves being a part of the team environment. According to Niezgoda, she enjoys playing alongside her younger teammates.

“I would say to just enjoy playing and having the chance to be part of such an awesome team,” Niezgoda said. “We are all great players and if you just focus on playing your game and fighting hard, good things will come.”