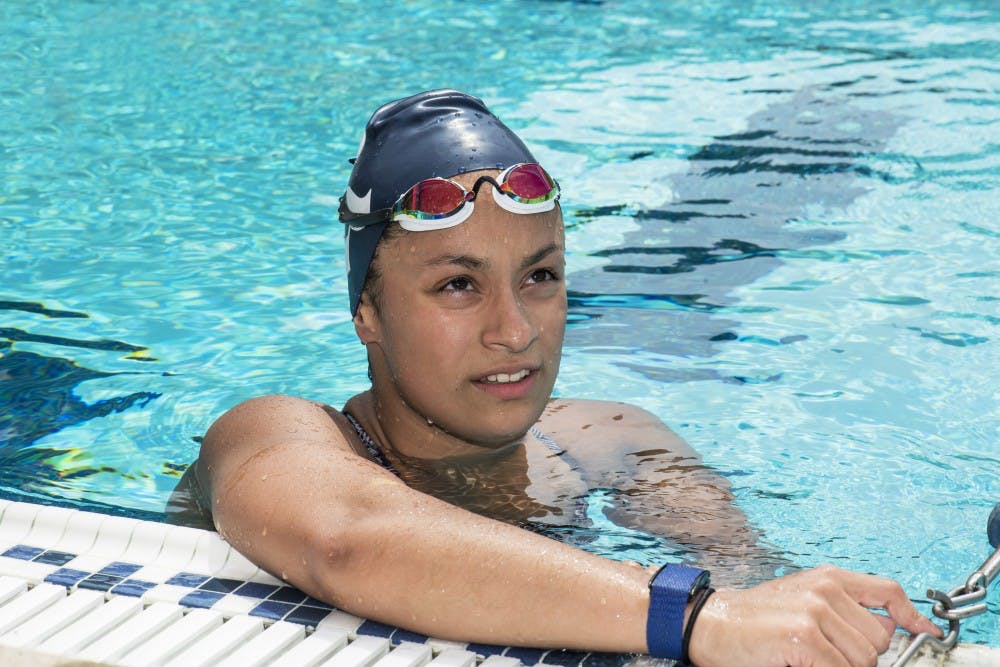 Earlier this week, freshman swimmer Ahalya Lettenberger traveled to London to prepare for the World Para Swimming Championships, an international competition designed for athletes with disabilities, during which she will compete in five separate events.

“I am so excited to be going and to be representing my country,” Lettenberger said. “There’s really no feeling like it. I’m just living my dream.”

After competing for seven days in London, Lettenberger said she will shift her focus toward qualifying for the 2020 Summer Paralympics in Tokyo.

Lettenberger is a veteran with regard to international para swimming competitions. She has already participated in four such contests, including the 2015 Pan-American Para Swimming Championships (where she won a gold medal) and the 2016 Rio Paralympic Swimming Trials. Lettenberger said her experience in the Pan-American Games was incredible.

“There is no feeling like that, sitting on top of the podium, feeling that you just won gold for your country,” Lettenberger said. “It’s something I’ll never forget.”

“[The disorder] affects me from my hips down,” Lettenberger said. “It causes muscle weakness and joint restrictions, so my hips are dislocated, my knees only bend to about 90 degrees and my ankles don’t move at all.”

“When I was younger, I used to play soccer and softball. But eventually the fields got too big and the people I was playing with got too fast, so I realized I couldn’t keep up anymore and I had to find a different sport.”

But Lettenberger said once a family friend advised her to try swimming, her love affair with the sport grew instantly.

“The first time I jumped in the water I just knew I belonged,” Lettenberger said. “In the water, I feel free. I’m free of my braces, free of my wheelchair. There’s no one staring at me for the way I walk. It’s just me and the pool. It’s my home.”

Alongside her athletic success, Lettenberger has demonstrated academic excellence. She was one of only 20 students nationwide to earn the 2018-2019 Foot Locker Scholar Athlete Award for demonstrating excellence in the classroom, in sports and in the community. Lettenberger said she credits her friends for enabling her to feel comfortable in school.

“Even though I do look different than everybody else, or I walk a little bit differently, I had a really good group of friends growing up that supported me and treated me like everybody else,” Lettenberger said.

According to Lettenberger, she considered several universities. But Lettenberger said a high school friend — junior swimmer Lindsay Mathys — inspired her to become an Owl.

“I first came across Rice because my friend Lindsay, who used to swim on the same club team as me back in Chicago, was going to Rice,” Lettenberger said. “Then I came to visit Rice and I just loved it from the moment I stepped on campus. I love how there’s such a great balance of athletics and academics.

Lettenberger said she hopes to continue competing in para swimming.

“When I go to paralympic swim meets, I get to be surrounded by other people with physical limitations, who have gone through similar experiences to what I’ve experienced,” Lettenberger said. “I’ve met some of my best friends at these meets, just because we connect on a different level.”