Get Involved: Local issues impact us all 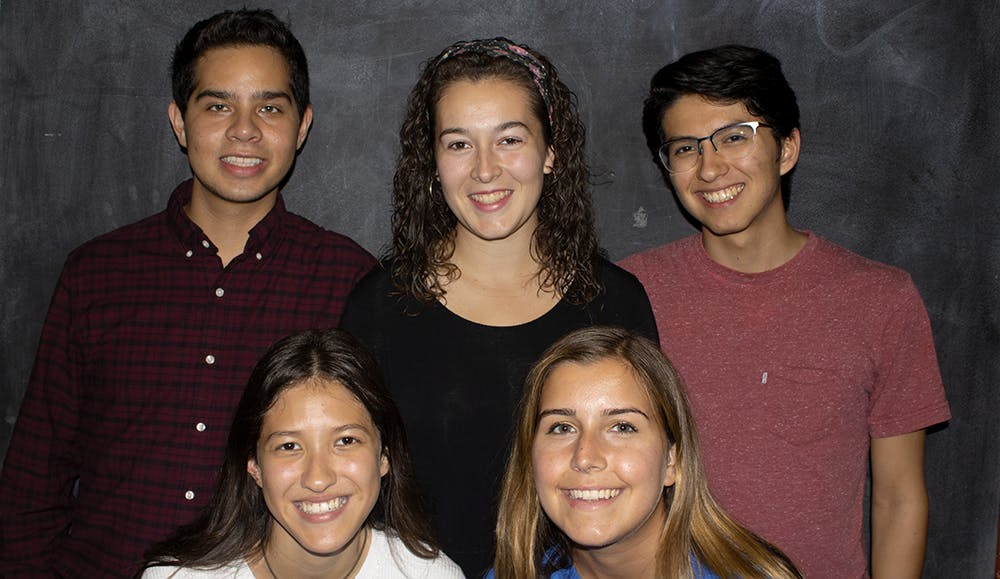 Public transportation. Crisis management. Environmental regulation. While these policy issues might seem dry at first glance, they greatly impact young people in Houston. College students often have to ride bikes or take buses. Transportation safety is often determined by local policy. Many of us witnessed Hurricane Harvey and must grapple with the local implications of climate change and large-scale natural disasters; we all breathe the same air with locally-determined pollution levels. And yet, many of us tend to overlook what’s happening at the local level. Everyone should be informed about local issues, including young people.

Houston City Council’s and the Harris County Commissioner Court’s decisions affect youth ages 16-24 and make us critical stakeholders in the policies that will shape the city’s future. Unfortunately, young people have historically been excluded under the pretense that their lack of participation at the ballot box invalidates their opinions. We know that the stereotype that “youth don’t vote and don’t care” is not true. This assumption is erroneous on three fronts.

First, we know that many people are passionate about issues in their community, even if they don’t vote. As a result of mass shootings around the country, thousands of young Texans attended March for Our Lives rallies and lobbied for stricter gun laws. Young people in cities all over the U.S. and the world have been rallying for increased environmental protections (including a climate rally planned in Houston this Friday).

Second, the civic awareness of youth is actively improving, highlighting the need to include youth in future city-wide decision making. The numbers reflect this changing trend in Houston. Compared to the 2014 election, voter registration increased by about 300,000 people and turnout increased from 33 percent to 52 percent in Houston in the 2018 midterms. Youth were a big part of this trend. Nationwide, the youth vote increased from 21% to 31%.  In addition, according to the Harris County Tax Assessor’s Office, voter turnout at Rice increased by 368 percent, from 336 students voting in the 2014 midterms to 1,298 students voting in the 2018 midterms.

Third, stating that youth don’t care overlooks the structural barriers that prevent youth from becoming civically active. According to a study conducted by the Texas Civil Rights Project, 183,000 high school seniors were not provided with voter registration opportunities by their principals, which the Texas Election Code mandates. Additionally, Texas doesn’t allow students to vote with out-of-state or student IDs. Texas is also one of 29 states that does not offer voter registration on Election Day, instead setting voter registration deadlines 30 days before. These practices prevent new, young, busy voters who often don’t have access to cars from developing healthy voting habits. Overall, Texas voting regulations aim to keep youth away from the ballot box.

Luckily, local decision-makers are recognizing the growth in youth participation and some of the barriers that we face. This includes reaching out to youth to participate in local discussions. After months of advocacy by Civic Duty Rice and other organizations, the City of Houston recently created a Mayor’s Higher Education Student Leaders Alliance to allow college-aged youth to have a voice in the policies the Mayor’s Office creates. Diane Trautman, Harris County clerk, established early voting centers at Texas Southern University and the University of Houston. Lina Hidalgo, a 28-year-old Latina, was recently elected  to be a Harris County judge and has proven that young people in elected office are just as capable as older generations, passing a historic bail reform measure and protections for LGBTQ+ county workers.

Youth engagement is increasing. The community is recognizing that. Now is the time to become civically engaged — vote, volunteer, engage in dialogue with your peers, attend a protest, write an op-ed, call your representative! Small actions at the local level really do lead to change.

One of the reasons Rice turnout increased in 2018 was the visibility of the Beto-Cruz Senate race at the top of the ticket. For the November elections, no race has garnered as much publicity.

So why is voting this year even more important? Locally, it’s easier to influence policy. Statistically, fewer people vote in local elections, so your vote holds even more weight than in national or state elections. Important offices are being elected that impact your life — the mayor, judges and city council members, including Rice’s district, District C. These people influence so many decisions — what our city’s budget is spent on, what rhetoric our city uses toward immigrants, what crosswalks are near Rice, how criminal justice policies are enforced — that the implications of their decisions, and your advocacy, can be enormous. There is a policy implication for any issue you care about.

If you’re interested in learning more about local politics, hearing from elected officials, meeting passionate students from other universities or networking with community organizations join us at the Houston Youth Voters Conference this Friday, Sept. 20 from 3 - 8 p.m. at the University of Houston-Downtown.Volunteers will be at the Sallyport at 2:30 p.m. to bring students to UHD by light rail. HYVC is a great way to get inspired and demonstrate that we are a united voting bloc. Regardless of whether you can attend the event, please vote this November if you’re eligible, and please get involved in our community. Your vote and your voice matter.

Please feel free to reach out to any of the authors with any voting related questions or to register to vote.