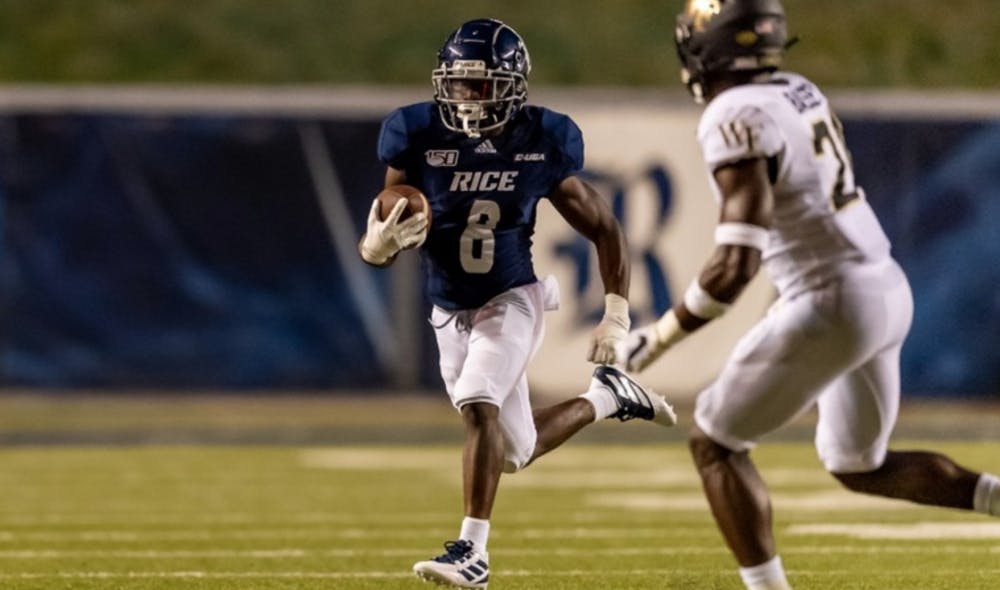 Rice football was defeated by Wake Forest University by a score of 41-21 in its home opener on Friday, but the game itself took a back seat to a scary situation in the first quarter.

Inside the 10-yard line, redshirt freshman quarterback Wiley Green rushed outside toward the end zone, where he was hit in the head by Wake Forest redshirt senior linebacker Justin Strnad. Green remained down for close to 10 minutes and had to be carted off the field. The hit appeared to be head-to-head contact; however, there was no penalty flag thrown on the field and no review of a potential targeting foul.

Rice Athletics announced on Saturday that Green was released from the hospital on Friday night and all injury testing came back negative. According to head coach Mike Bloomgren, the referees were positive that the hit was legal.

“[The referees] said it was shoulder-to-shoulder,” Bloomgren said. “I saw the Jumbotron, and it didn't appear that way to me. The [head referee] was very clear to me that they had a great replay in the booth. And so that is one person in the booth that is charged with making that decision.”

The Owls won the coin toss but deferred to the second half, which gave the Demon Deacons the ball to start the game. Wake Forest took advantage of Rice’s decision by marching down the field in just over three minutes to score the opening touchdown. After Rice lost a fumble in its own territory on the next drive, Wake Forest made Rice pay by converting for a touchdown in just over a minute. On Rice’s second possession, the Green injury occurred. Bloomgren said that he thought that Wake Forest wide receivers were one of the Demon Deacons’ biggest strengths.

“You look out there and their receivers look like NBA forwards,” Bloomgren said. “Those are some big dudes that went and snatched the ball and that’s something we knew was very possible.”

After Green’s injury, graduate transfer quarterback Tom Stewart made his debut for the Owls and was able to make an immediate impact. At the conclusion of Stewart’s first series at quarterback, graduate student running back Aston Walter ran for a touchdown. On the ensuing Rice possession, Stewart ran the ball in the end zone himself to tie the game at 14. Stewart said that given the game was his debut, there is room for growth.

“These are my first significant reps getting thrown into the fire,” Stewart said. “There's going to be a lot of great stuff for me to learn from.”

The Owls’ offense was stagnant in the second quarter, punting on all three of its drives. Meanwhile, Wake Forest was able to add 10 more points over the course of the quarter, taking the game into halftime with the lead at 24-14. The Owls' offense could not get reinvigorated in the third quarter as their first three drives of the period ended with a punt. In the Demon Deacons' first few drives of the quarter, they were able to tack on 10 more points. The once-full student section began to empty.

At the start of the fourth quarter, in the midst of a lengthy drive, Rice was stopped on fourth down on the 1-yard line. After his team recovered possession, Demon Deacon freshman running back Kenneth Walker ran for a Wake Forest school record 96-yard touchdown, bringing the score to 41-21 in favor of Wake Forest.

Rice’s losing margin of 20 points was similar to but an improvement on last season’s matchup between the two teams, where the Demon Deacons defeated the Owls by 32 in Winston-Salem, North Carolina. Next week, Rice will take on No. 9 ranked University of Texas, Austin at the Houston Texans’ NRG Stadium in what will be designated as a home game for the Owls. Bloomgren said that playing at NRG Stadium will be exciting for him and his team.

“You go get dressed in the NFL locker room and go step on an NFL field, your juices are going to get flowing,” Bloomgren said. “When the schedule came out years ago, I said, ‘Man, that'll be a fun game for our football team.’” 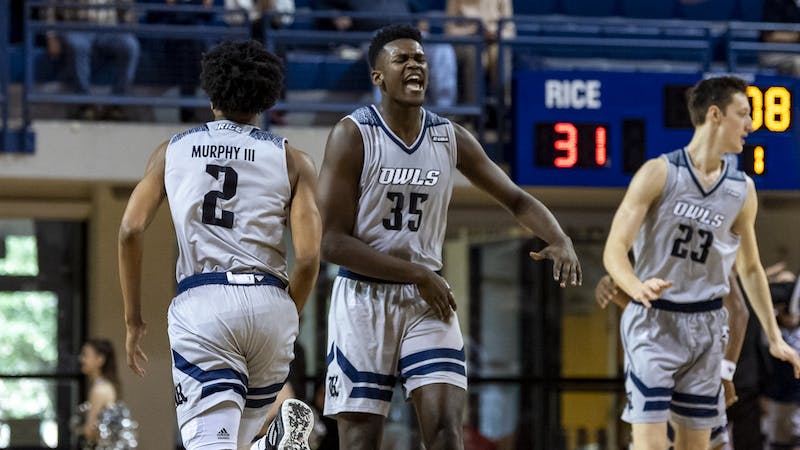 Rice men’s basketball will begin the Conference USA tournament tonight when they take on Florida International University at 6:30 p.m. in Frisco, Texas at the Ford Center at the Star. The Owls have already seen the Panthers once this year, culminating in a 92-78 Rice victory back in January. 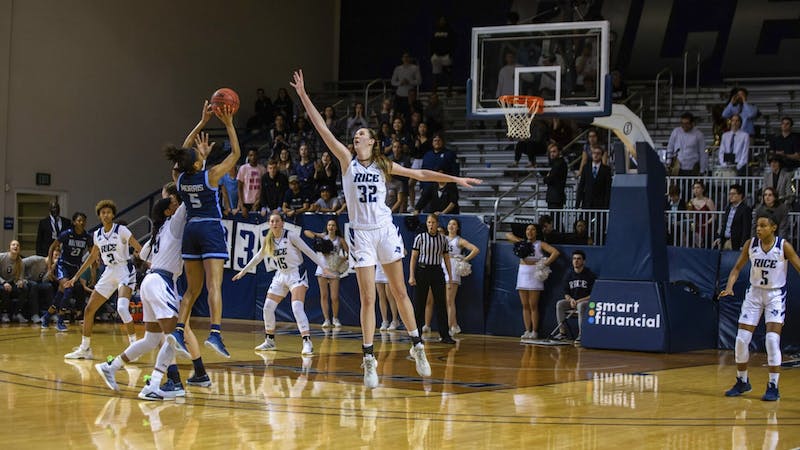 Rice women’s basketball will look to defend its Conference USA title when the team plays its first game of the C-USA tournament tomorrow. The Owls’ opponent is not yet known, as they will be playing the winner of Wednesday’s game pitting Marshall University against the University of Southern Mississippi. 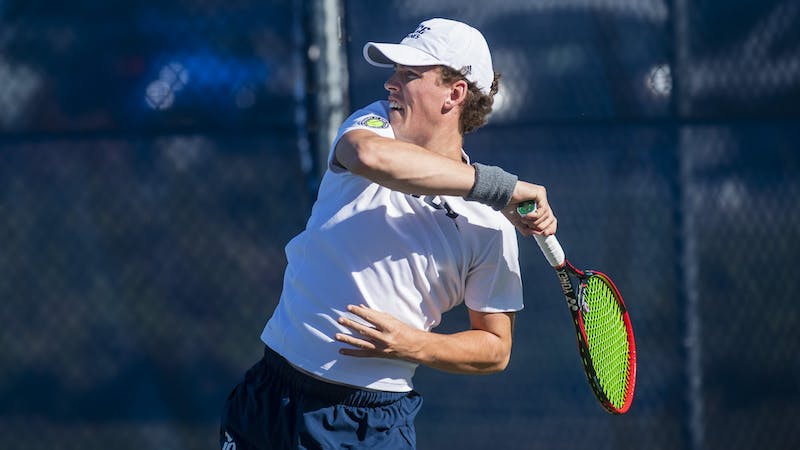 Men’s tennis set for two matches at home this week

After winning a match against Prairie View A&M University on March 2 in which the Rice men’s tennis team convincingly won the doubles point and all six singles matches, the Owls lost 1-6 to No. 3 University of Texas, Austin.