Cross country teams begin season with a pair of victories 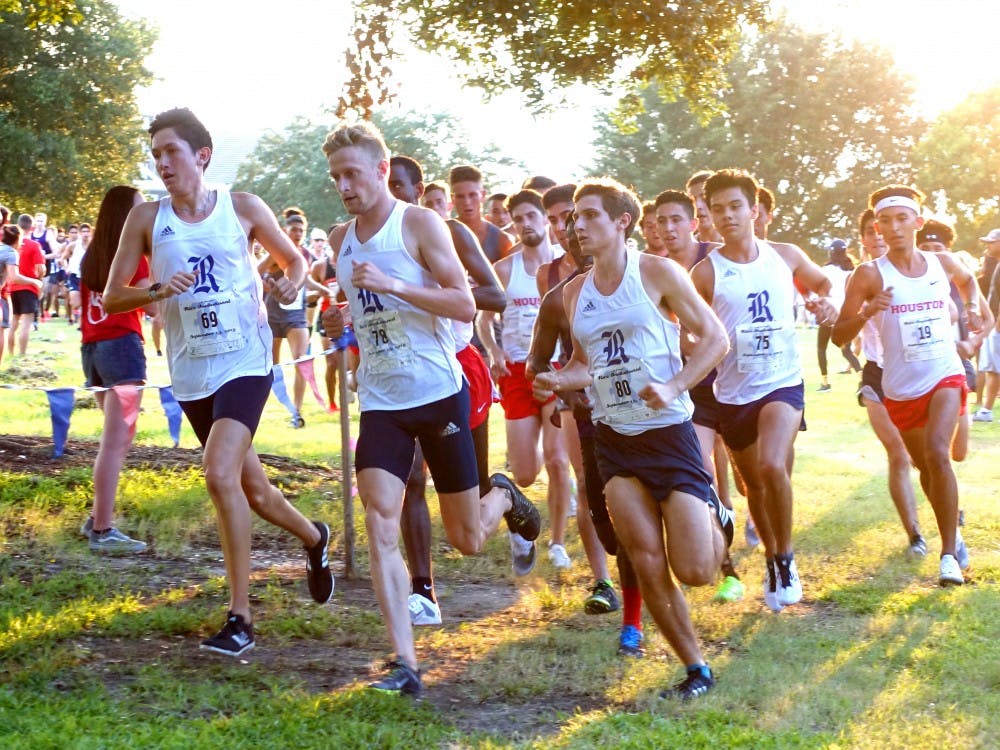 The women’s team was missing junior Lourdes Vivas de Lorenzi, who finished third overall and was Rice’s top finisher in last year’s Rice Invitational. According to head coach Jim Bevan, Vivas de Lorenzi is training with the team and set to return shortly. But without her, the Owls were only able to place two runners in the top 10 finishers overall, and just three in the top 15. However, Bevan said he was pleased with the team’s effort, and that he expects improvement as the season progresses.

“Our ladies raced hard,” Bevan said. “We had a freshman, Rachel Shoemaker, who was not wearing a Rice uniform, [who] would have been in [Rice’s] top five ... In addition, I believe we will get some more improvement from those runners near the fifth position.”

But it was Patel who headlined the show, with a thrilling come-from-behind victory that marked her third collegiate cross country win. Patel trailed the leader, sophomore Kelsey Ramirez from Stephen F. Austin University, for most of the race. But as the two runners headed into the final stretch, Patel kicked it up a gear and took the lead. For the remainder of the straightaway, the two runners battled for position, with Patel maintaining a slight edge all the way to the finish line, where she won by less than half a second in a near-photo finish. Patel said the adrenaline rush at the end helped fuel her victory.

“My favorite part of racing is the last 800 meters because the feeling of being able to kick is indescribable,” Patel said. “Once I heard my coach yell ‘Two minutes left!’ I knew it was time to go. When people yell at me during [the] final stretch of races my legs respond and have a mind of [their] own.”

In the men’s race, Rice started off strong, with a pack of Owls leading the race throughout most of the first mile. Juniors Matthew Murray, Hociel Landa and Alex Topini led the way before they dropped back off the top group midway through the race. But Landa and Topini motored their way forward during the last mile, picking off runners and eventually breaking into the top four with a hard kick on the final straightaway. Topini edged Landa at the finish to get third place overall, while Landa finished fourth. Head coach Jon Warren said he thought the two runners worked well with each other during the race.

“It was an interesting race for them,” Warren said. “Each had a pretty impressive last 400 meters to move up the handful of spots [to garner] the 3-4 finish. It looked to me that they ran together and were excellent teammates throughout the race, and each of them benefitted from this strategy.”

The Owls won the meet handily, in large part due to their five scoring runners’ tight pack: Murray finished just 28 seconds behind Topini. Overall, Warren said he was happy with his runners’ performances.

“While the teams in the past have been good, I think this was the best field [in the Rice Invitational] for quite a while,” Warren said. “I was pleased with the strategy the team used and I was happy to see how hard each and every one ran ... If they can keep this same mentality and race strategy I think it can be a very good season.”