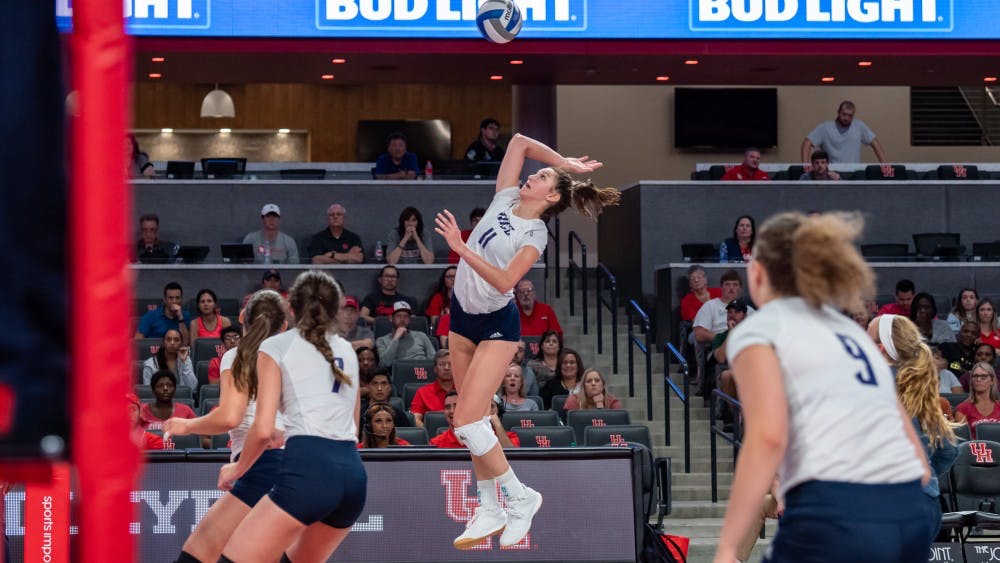 This summer, the Rice volleyball team added an international component to their preseason training: a trip to Italy. During the second week of June, the team embarked on a nine-day voyage overseas, where they trained, toured and competed, winning three of four matches against local Italian teams.

The Owls’ plane touched down on Italian soil in the seaside port of Venice on June 8, after a long journey that included a stop in Amsterdam. The team spent the first day immersing themselves in the sights and sounds of the historic city before moving on to the nearby province of Padua — the site of their first match, against club team Legnaro PGS 2000. Rice took four of five sets during the contest, winning 33-31, 25-16, 25-18, 25-21, 16-18.

According to head coach Genny Volpe, the Owls didn’t have to adjust their strategies very much to adapt to the style of international play.

“We did practice with the international volleyball a few times to try and get used to it,” Volpe said. “It’s a different type of ball so it took some time ... but other than that, we trained normally.”

The following morning, the team traveled just over an hour away to tour the city of Verona. Senior libero Lee Ann Cunningham said a highlight of the trip was visiting “Juliet’s House,” which is said to have inspired Shakespeare’s Romeo and Juliet, set in Verona. The Owls also stopped by Castelvecchio — Verona’s 14th-century military castle — before continuing west to Lurano, where they faced off against the Lurano Volleyball Club in their second match of the trip. Again the Owls prevailed, winning all four sets.

But the next day’s match would see Rice face its toughest test yet, playing against the Italian Women’s Junior National Team. The team spent the morning touring Milan, including visits to Sforza Castle and the Milan Cathedral, which is the fourth largest church in the world. In the evening, the Owls battled through a tough match before dropping the fifth set by only two points. Cunningham said participating in summer matches like this one will help give the team a leg up going into the regular season.

“We had the chance to train over the summer in preparation for our foreign tour and then put it to the test, competing against the Italian national team and other clubs around the country,” Cunningham said. “This gives us a large advantage over our opponents because the season hasn’t started yet and we’ve already played five matches.”

The next day, Rice traveled to Pisa, where they stopped to take pictures at the city’s famous leaning tower, and Lucca, where the team bicycled around the perimeter of the walled Renaissance-era town. Head coach Genny Volpe said the team’s trip to Lucca was a particular highlight for her.

“The quiet town of Lucca was probably my personal favorite,” Volpe said. “It was so beautiful and the people were so nice. Just walking around town and watching little kids play soccer in the streets midday was a nice change of pace from the busy life we see mostly day to day.”

The Owls then toured Florence and the surrounding Tuscan hills for a day before spending the final two days of the trip in Rome. During their stay in Italy’s capital city, the team visited notable locations such as the Sistine Chapel, St. Peter’s Basilica, Trevi Fountain and the Pantheon. The Owls even added a second country to their trip tally by paying a visit to Vatican City, the smallest sovereign state in the world. In Rome, Rice also competed in its fourth and final match of the trip: a 3-1 victory over Fenice Pallavolo Roma, pushing their match record during the trip to an identical 3-1. According to Cunningham, visiting Rome was a fantastic experience.

“Of course, we had to stay two nights in Rome to see all that it has to offer,” Cunningham said. “Our team loved learning more about the history behind the Colosseum and the Roman Forum. We enjoyed seeing the sights, trying all the flavors of gelato, and attempting to speak Italian … [The trip] was a unique experience and one that we will never forget.”

According to Volpe, the trip brought even more benefits to the team than sightseeing and competition.

“With an international trip, the NCAA allows teams to practice an extra 10 days in the summer that we normally do not get,” Volpe said. “So it was nice to utilize that time, and also the incoming freshmen got to practice and train before we went on the trip. This was huge for us to be able to work early with them since they usually don’t get to practice until they report in August for preseason camp.”

Overall, Cunningham said that the team’s trip to Italy was a huge success, both in competition and camaraderie.

“Though we have several newcomers to the program, this team does not feel ‘new,’” Cunningham said. “Our time in Italy helped us develop relationships with each other off the court, and those who come to our matches will see our strong team chemistry. We anticipate another strong season and that our fans will see a lot of wins at Tudor Fieldhouse.”