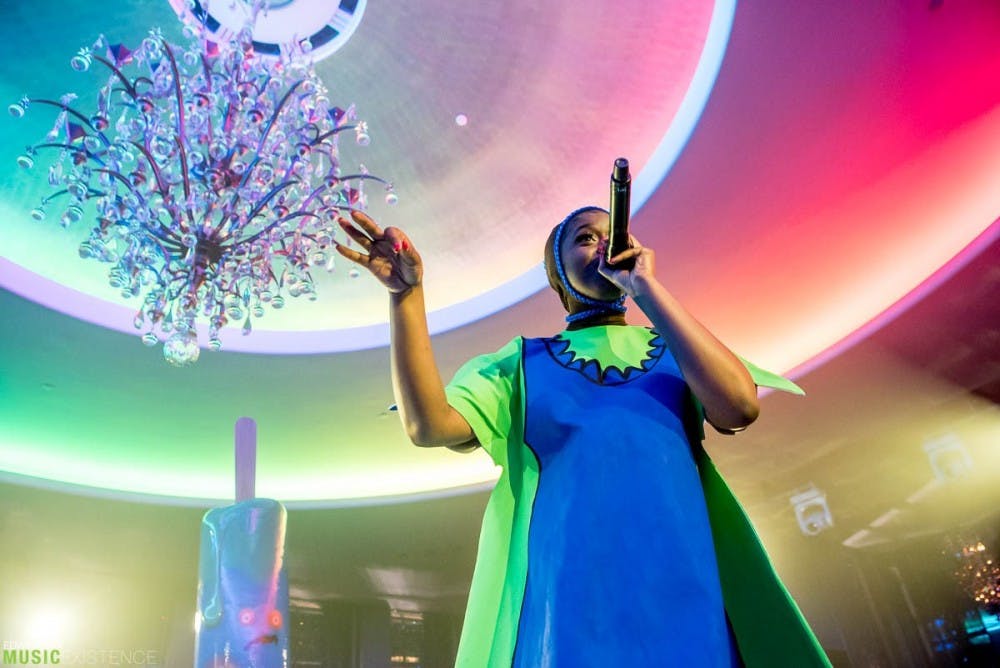 Though it’s not as flamboyant as Coachella or as conveniently located as Austin City Limits, Lollapalooza, which will take place over four days starting this Thursday, is an iconic summer affair that kicks off festival season with a bang. Much of this year’s lineup overlaps with that of upcoming fests like ACL and Seattle’s Labor Day bash Bumbershoot, making Lollapalooza a great opportunity to discover the next big thing before your friends do.

Although the Chicago festival’s famous lobster corn dogs won’t be making their return, the festival will continue its legacy of musical diversity with an eclectic lineup. I’ve scoped out some rising artists on the Lollapalooza roster that are perfect for your personal playlists.

To get ready for your ktru shift

Yaeji, a Korean American DJ recognized for her thumpy electronic beats coupled with slightly unnerving lyrics and whispery vocals, may remind you of the strangely enchanting stuff you often hear on ktru. Yaeji herself started DJing for her college radio station at Carnegie Mellon University before moving back to Brooklyn where she really developed her sound — a mix of house, trap, rap and pop that simultaneously reminds you of your own personal anguish and transports you to a sick rave. Over intense electro pulses, Yaeji vocalizes on topics like cultural identity and anxiety as she dives in and out of Korean and English.

To show your friends something new

Tierra Whack masterfully merges rap and rhythm and blues to create tracks as musically vibrant as her freaky music videos are colorful. With her unique approach to established genres, Tierra Whack recently earned a spot on the 2019 XXL Freshman list, effectively pushing her to the forefront of hip-hop culture. Short and sweet tracks off her debut album “Whack World” are like the musical equivalent of candy, and her more recent, longer tracks are just as satisfying.

According to his Lollapalooza bio, ROLE MODEL “amalgamates influence from R&B, world music, neo soul, surf rock, dream pop, synth pop, avant garde and more.” Whatever it is, you can definitely cry to it. The gut-punching lyrics are packaged in the softest instrumentals — like getting mauled by a Pomeranian. About his music, he states, “I think living by myself for two years in college and dealing with depression by myself was the best thing ever to happen to me [for my music].” The result is an array of confessional tracks, not to mention a particularly nostalgic cover of Miley Cyrus’ “The Climb,” that is comfortingly relatable.

To reminisce in your childhood bedroom

Speaking of nostalgia, Roy Blair’s provocative raps and riffing guitars compose a suburban slice-of-life album that feels like sandboxes and summer camp. The indie singer-songwriter supported Brockhampton with backup vocals before focusing on his own music, releasing his debut album “Cat Heaven” in December 2017.The coming-of-age album is as emotionally varying as his ever-changing hair.

While Roy Blair might take you back in time, Upsahl will certainly shoot you into the present. Her music is serendipitously Rice-relevant with snarky lyrics like “all of my friends are rich” and “I just came here to the party for the drugs” (...although we hope not). Her bouncy, electro-indie-pop is good in its own right, but her clever and relatable lyrics kick it up a notch.

To drive around Rice Village

Young British artist Jade Bird holds her own with a full-fledged Americana sound, but there is a certain aspect of her music that really makes her stand out. Judging from the fact that she opened for Hozier on tour earlier this year, listening to whose work is like having your eardrums caressed by a silk glove spun from the hair of angels, you can likely guess that Bird’s voice is the hallmark of her music. Even when her lyrics edge on overplayed tropes of the country genre, her music still swells with twangy guitar and strong vocals.

To shirk your self-imposed commitments

If you’re like me and sorely lack the commitment to watch the third season of “Stranger Things,” then you can listen to Finn Wolfhard’s music instead. Wolfhard is not only internationally recognized as Mike in the Netflix hit series, but he also fronts alternative rock band Calpurnia. The young quartet of friends started out covering songs by Weezer, the Velvet Underground and other influential rock outfits before debuting their own alt-rock handiwork with their extended play “Scout.” The EP is easily digestible road-trip fare, and at only 23 minutes long, it’s well under the total runtime of “Stranger Things.”