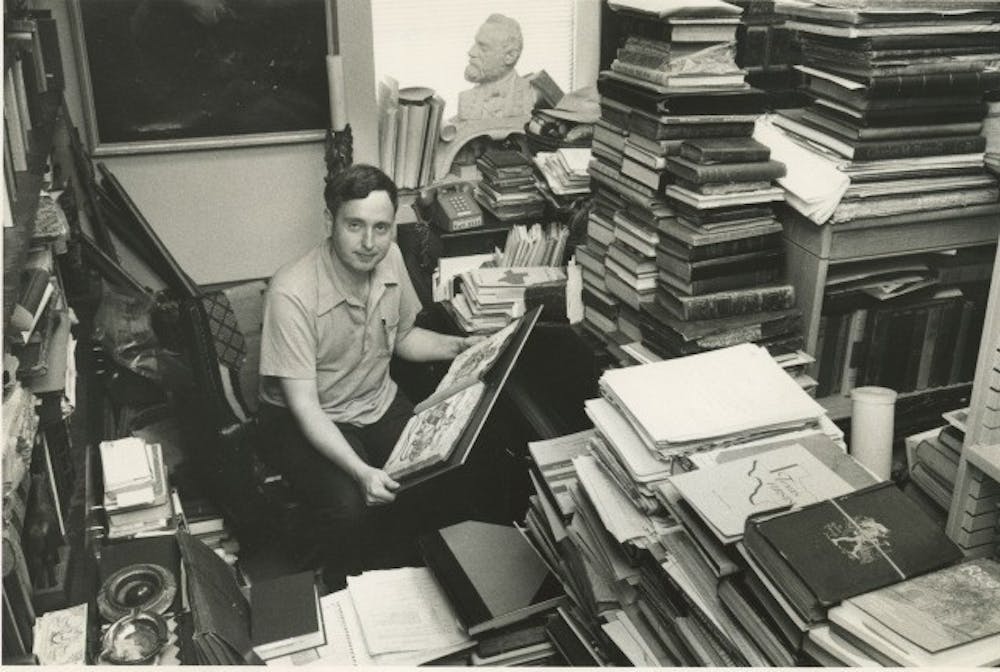 Gilbert "Doc C" Cuthbertson, professor of political science and longtime Will Rice College resident associate, died on July 21 in Tulsa, Oklahoma after a brief illness, according to Rice News. He was 81. Cuthbertson joined Rice faculty in 1963 and spent 55 years as a resident associate at Will Rice.

Cuthbertson became a constant familiar presence in the Will Rice Commons, where he spent decades meeting and promptly beating students in bridge, liar’s poker, pool and foosball. He served as a resident associate from 1964 to 2011 before moving off campus, though he stayed on as resident associate emeritus until this year.

Connor Heggie (Will Rice ‘18) described his friendship with Cuthbertson as one that developed slowly but steadily over time, brought upon by countless meals at the same table.

“For a lot of people, you just got to know him over time and before you knew it you were pretty close  — sometimes without even realizing it,” Heggie said. “All it took was sitting with him at dinner or playing a few games of pool.”

Cuthbertson taught political science at Rice beginning in 1963. Born on Nov. 20, 1937 in Missouri, he studied political science at the University of Kansas before receiving his doctorate in political theory from Harvard University. Cuthbertson was an author and contributor to numerous books and documents, including his own “Myth, Power, Value” which espoused his primary political philosophy. It also gave birth to an unofficial Will Rice slogan — one referenced all over the college, from an inscription on Long Hall’s table to old Will Rice merchandise.

“Whenever I meet an alumnus, they always ask about Doc; when I answer a knock at the door and see a middle-aged stranger waiting early to meet me, I know it’s to locate Doc; and when I see a family with a high school senior in tow walking purposefully across the commons, it’s an alum introducing his child to Will Rice and Doc,” Wolf wrote in his nomination. “And Doc remembers them all: I was struck a couple of years ago when Doc looked across the servery at a high school senior and remarked, ‘You must be an O’Gorman!’ Sure enough, Joe O’Gorman was the son of [a] Will Rice alum.”

Cuthbertson went on to win the award, adding to his many accomplishments such as becoming a lifetime awardee of George R. Brown awards, which are considered the highest accolades for teaching. But his teaching was not limited to the classroom, as Cuthbertson spent his breaks traveling with groups of students to explore and teach all over the world.

“He traveled all over Europe, the southwestern United States and numerous other places with groups of students, paying everyone’s travel costs,” former Will Rice college coordinator Joyce Courtois said. “His knowledge of history, art and architecture, enriched their undergraduate experience and made signal memories for generations of Will Ricers.”

Heggie had embarked on a trip to Albuquerque, New Mexico in October 2017 with Cuthbertson and a few other students, including former Will Rice President Michael Devine (Will Rice ‘18).

“We saw the Albuquerque Hot Air [Balloon] Festival, went to some ruins and saw a church service in a super old and remote church, bought some very fresh green chiles from locals and watched Doc C get into an argument about the constitutionality of New Mexico's ID laws with a waiter at a restaurant we went to,” Heggie said. “Needless to say, whenever Doc was around, things were more interesting.”

Heggie said his favorite moment from the trip was witnessing Cuthbertson pick up a phone call about one of his many eBay pursuits. According to Heggie, Cuthbertson was an avid eBay user and could be found at all hours of the day putting in last-minute bids for all sorts of items. The call was revealed to be from the vice president of a major airline.

“Doc had the [vice president] of a major corporation running his eBay account and was getting phone calls from him about it pretty late at night,” Heggie said. “Only Doc C. That is Myth, Power, Value.”

“I remember that almost every day he would stop by the office to chat, talk about the class he was teaching and unpack one or more of the innumerable packages he had purchased through eBay,” Courtois said. “His collecting tastes were wide-ranging — from historical documents to ancient masks and other artifacts to artwork. I would help him carefully unwrap the yards of bubble wrap until the item finally emerged, then exclaim over his treasure and listen as he explained its historical background and significance.”

Devine said he found Cuthbertson’s art and adventures to make for fascinating stories; indeed, Will Rice’s website highlights “Storytime with Doc C” as a Will Rice tradition.

“He had so many interesting stories about his adventures and Rice history, like that one time he escaped an angry mob in Mexico, to that other time he caught the ghost in the walls of Will Rice,” Devine said. “In a way, I saw him as a mild-mannered Indiana Jones.”

Stories like Heggie’s, Courtois’ and Devine’s are common, underlining the long-lasting impact Cuthbertson had over the decades. Among over 100 Facebook comments on the Thresher’s post about Cuthbertson’s death are stories ranging from Christmases spent with Cuthbertson to alumni introducing their children to him.

In an email to Will Rice, Patrick Quayle (Will Rice ‘01) and Brad Hoyt (Will Rice ‘84) wrote of the many hats Cuthbertson wore.

“As Will Ricers, we know that Doc C was more than a professor or resident associate — he was a mentor, a friend, an essential part of our Rice experience and a family member,” they said. “Doc C was the very embodiment of unity.”

Quayle and Hoyt will host a graveside funeral service on Aug. 3 at 10 a.m. in Liberty, Missouri, followed by a campus memorial service some time in the fall. To send a story, photo or other remembrance to be included in the memorial, interested parties should contact Laura Welch Fitch at 713-348-4617 or laurawelchfitch@rice.edu.