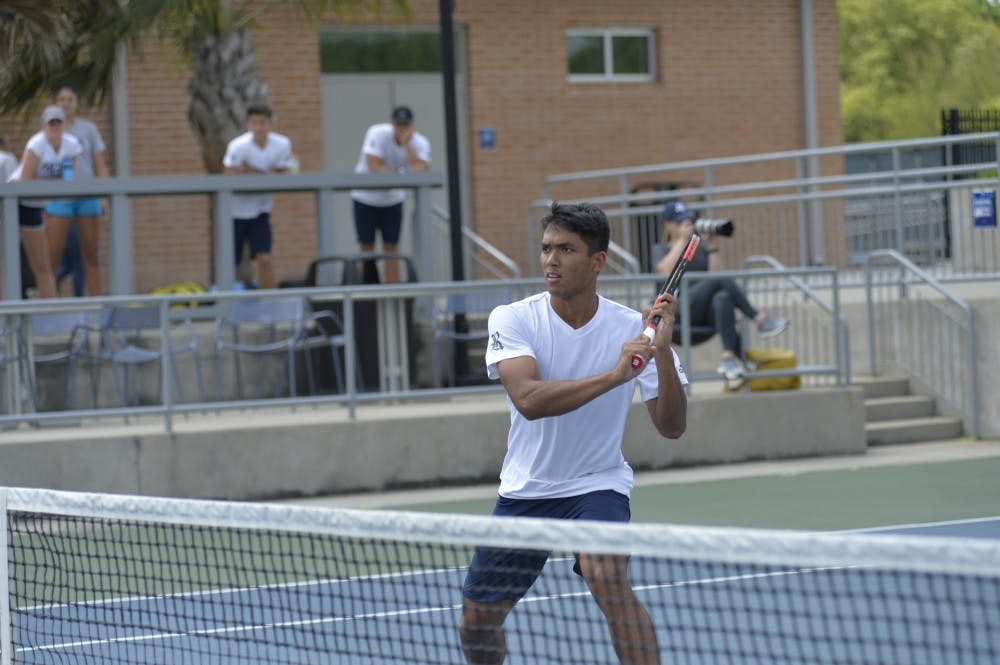 Rice men’s tennis went undefeated in three matches this weekend during the Conference USA Showcase at the George R. Brown Tennis Center. The Owls defeated the University of Southern Mississippi 4-1 on Friday morning, bested the University of Alabama, Birmingham 4-0 on Saturday afternoon and finished the showcase with a 4-1 win over University of Texas, San Antonio on Sunday.

The sweep brings the Owls’ record to 13-11 on the season. Rice entered the weekend with a 1-4 record in its previous five matches.

During its match against Southern Miss, Rice won two out of three doubles matches. In singles, the Owls claimed victories from sophomore Sumit Sarkar, sophomore Mohamed Abdel-Aziz and freshman Conrad Russell. Abdel-Aziz won his first set in a tiebreaker and coasted to a relatively easy 6-3 win in the second set to win his match in straight sets. According to Abdel-Aziz, encouragement from teammates fueled his play.

“It definitely was motivating to look to each side and see that everyone was fighting,” Abdel-Aziz said. “I think we lost four first sets out of six matches, so to see everyone fighting back, you don’t want to be the only one that’s not achieving. Of course when they start to support that plays a large role in your motivation because you’re not doing it for yourself, you’re doing it for your team. To clinch [the match], I was very happy with that.”

In Saturday's matchup against UAB, freshman Campbell Salmon earned his second singles victory of the weekend to help the Owls to a 4-0 shutout. According to Salmon, his confidence peaked when he shut out his opponent in the second set.

“I think all the training that tennis has put in over the past few weeks has been really good work, and we are starting to see the results of that in our matches,” Salmon said. “I think I was playing well with good confidence and was putting into play what I’ve been working on in training.”

After his individual win, Salmon said he quickly focused on cheering on the rest of the Owls.

“As soon as you finish the match, you have to get back out there and support your teammates and get them across the line,” Salmon said.

Finally, in Sunday's matchup against UTSA, Rice freshman Adam Oscislawski dispatched his opponent in straight sets at number six singles as part of a 4-1 Rice win. Oscislawski said he enjoys when his individual maturation garners success for the team. .

“I think I’ve matured very well,” Oscislawski said. I think every day has been better. The whole team has momentum going into the postseason. Everyone has something to play for, and every other person on each team is cheering for each other.”

Next, the Owls will face Tulane University at home on April 13 before traveling to Murfreesboro, Tennessee to compete in the Conference-USA Championships from April 19 to 21.