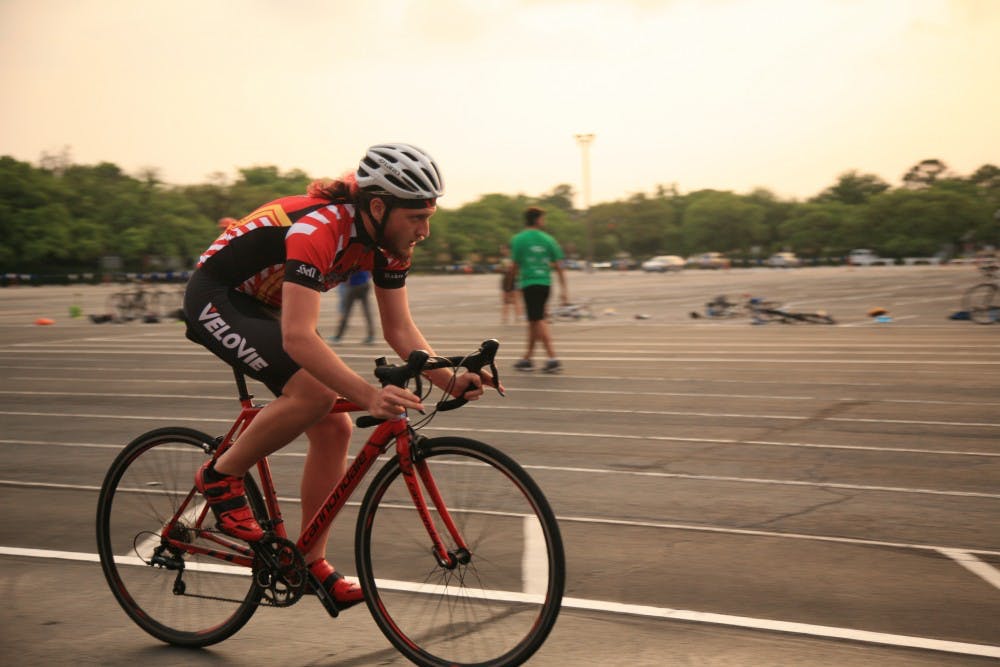 Gillian Mellor, one of Hanszen’s 2019 Beer Bike coordinators, said that it was an amazing feeling for Hanszen to win this make-up race.

“I know how much work the men’s team has been putting in all semester and it’s great that we were able to get an event where they could come out and show out,” Mellor, a senior, said.

Mason Reece, one of the Hanszen bikers, said that winning Pizza Bike was an affirmation of the work that the team put into practicing for Beer Bike.

“The win is a validation of our hard work all year and also to act as the spark to light the fire of Beer Bike victories for many years to come at Hanszen,” Reece, a freshman, said.

Vy Dang, one of the women’s bike team captains for Hanszen, said that Hanszen was disappointed when the men’s Beer Bike race became a Beer Run and that Pizza Bike was a way for them to still prove themselves.

“We were a little disappointed because we have been preparing and practicing all year for that moment and all the hype was there,” Dang, a sophomore, said. “But we’re also glad that we’re able to put Pizza Bike together and kind of still see that come to fruition.”

Charles Davis, who is both a men’s bike and chug team captain for Brown, said that Brown was likewise upset when the race became a Beer Run.

“A lot of us on the team had been practicing all year,” Davis, a junior, said. “Some of our team is leaving next year and we’re pretty sad that some of them will never get to experience their first Beer Bike or experience their last one.”

There were no chuggers at Pizza Bike and having a pit crew was optional, which Davis said was due to the difficulty of coordinating multiple people’s schedules.

“Trying to schedule this event in such a short time, it’s very hard to try to get all of us individuals in the right place at the right time,” Davis said. “Just getting the pit crew and the chug team all together is a lot of people to go through.”

Davis said that the idea of a makeup race followed almost immediately after the race.

“Directly after the race, once I got back to Brown, there was already a huge group chat with all the captains from various colleges in it,” Davis said. “We were planning the events probably an hour after Beer Bike.”

The first ever Pizza Bike was held in 2016, after all Beer Bike races that year were made Beer Runs. Davis said that in 2016, the event was organized by Brown, but that this year the effort was led by the Hanszen captains.