#HandsOffVenezuela movement on wrong side of history 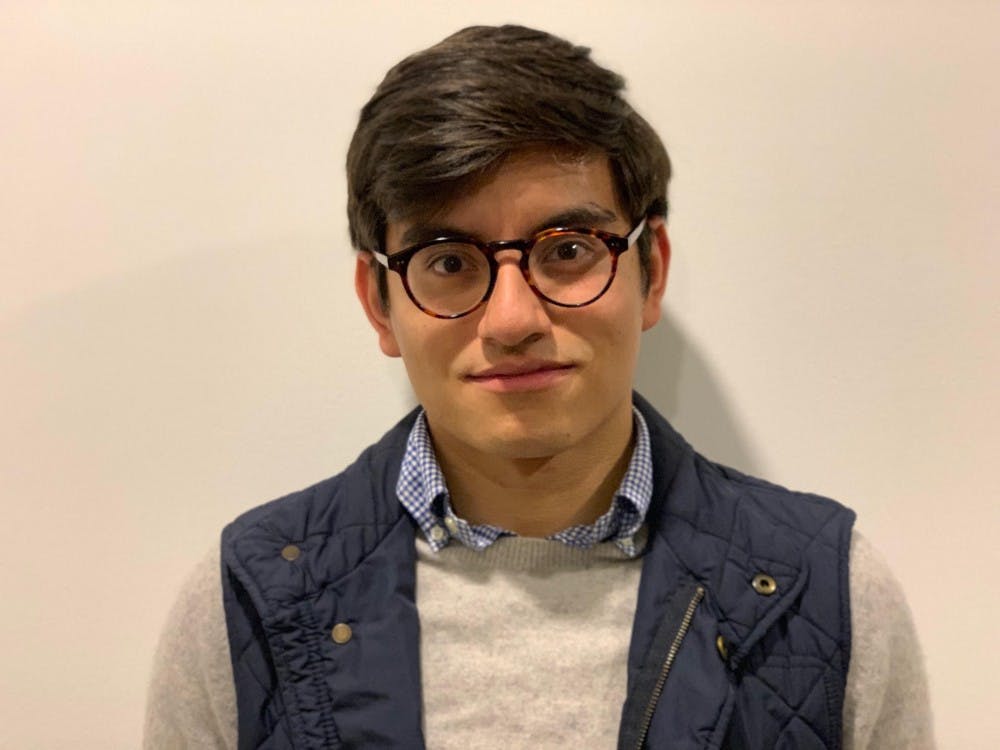 On April 5, Vice President Mike Pence took the stage of the James A. Baker III Institute for Public Policy to announce developments in the international diplomatic offensive against Nicolás Maduro’s dictatorship in Venezuela. This sparked one of the largest displays of political activism on campus in recent memory, as a diverse coalition of student groups protested against Pence’s socially conservative policy stances and his role in President Donald Trump’s administration.

I am concerned that within the context of the protest, and in the U.S.as a whole, the humanitarian catastrophe presently unfolding in Venezuela has been recklessly and needlessly framed as a partisan issue on which to attack the Trump administration. Above all else, this development ignores the dire effects of the dictatorship on Venezuelans and surrounding countries.

I am not interested in questioning the legitimacy of the protesters’ arguments or conduct, given that the organizers clearly asserted their belief that the humanitarian crisis in Venezuela impacts members of the Rice community and merits campus dialogue.

In the weeks since the U.S. and 53 other nations recognized the president of Venezuela’s National Assembly, Juan Guaidó, as the legitimate leader of the nation, the #HandsOffVenezuela movement has gained traction among large segments of the American left. Citing past U.S. interventions in Latin America and Venezuela’s vast oil reserves, supporters of this movement claim that the Trump administration is attempting to replace an ideologically opposed government with one more in line with U.S. interests.

At Rice, in the days prior to Pence’s visit, “Hands off Venezuela” posters that stated “No to Pence. Yes to Peace” were placed on the Rice Memorial Center doors. On social media, members of the Rice community questioned the event based on their perceptions of what an American intervention in Venezuela might mean, with some going as far as voicing support for Maduro.

While I am not Venezuelan, I feel compelled to briefly elaborate on the dire state of affairs and call out a movement that seeks to absolve Maduro of his corrupt, abusive and repressive authoritarian regime. Shortages of food items, basic goods and medicine, caused by overdependence on volatile oil revenues for imports and government currency controls that discourage exporting to Venezuela, have plagued Venezuela since the presidency of Hugo Chávez, Maduro’s predecessor. These shortages and the collapse of oil prices since 2014 sparked hyperinflation of the national currency, with the bolívar soberano experiencing an inflation rate of over 1,300,000% in 2018.

In light of this economic crisis, Venezuelans have taken to the streets in massive protests led by student groups against Maduro since 2014, an effort that has been met with repression: since 2014, over 300 protesters — mostly college students — have been murdered by security forces and thousands have been detained. Today, Venezuela is the scene of the greatest systematic humanitarian catastrophe in the Western Hemisphere and one of the largest in modern history — one which was completely needless and totally avoidable, had it not been for the government’s deliberate policy choices.

Moreover, the dictatorship in Venezuela presents a real and present threat to surrounding countries and the stability of all of Latin America, including my home country of Colombia. In 2015, the Maduro regime arbitrarily detained and deported over 20,000 Colombians residing in Venezuelan border states and demolished their homes. In mid-2018, upon Trump’s remarks about the administration’s stance on Venezuela, Pedro Carreño, a high-ranking government official, threatened to bombard Colombia if the U.S. were to intervene, and Venezuelan troops arrived at the border a few days later. Under Chávez and Maduro, the National Liberation Army, a Colombian guerilla group, has enjoyed safe haven in Venezuela and has planned terrorist attacks to be orchestrated in Colombia, such as a car bombing at a Bogotá police academy this past January that killed 20 police cadets. This past week, reports surfaced that the Venezuelan government was considering infiltrating an indigenous blockade in southwest Colombia with the intent of destabilizing Colombian President Iván Duque Márquez — revenge for his role in the diplomatic offensive against Maduro and maintaining close diplomatic ties with the U.S.

To echo Alejandra Gutiérrez and her opinion piece in last week’s issue of the Thresher, the conversation about Venezuela needs to focus on the Venezuelan people and others affected by Maduro’s tyranny. Non-interventionism is a valid political ideology, but ignoring atrocities and suffering at the hands of a despot in the name of ideology is dangerous. Make an effort to understand what is going on in Venezuela from those directly affected. The greater Houston area is home to one of the largest Venezuelan communities in the United States, and many Venezuelan and Venezuelan American students attend Rice. Do not let disagreements with the Trump administration invalidate the need to restore democracy and human dignity to the people of Venezuela.