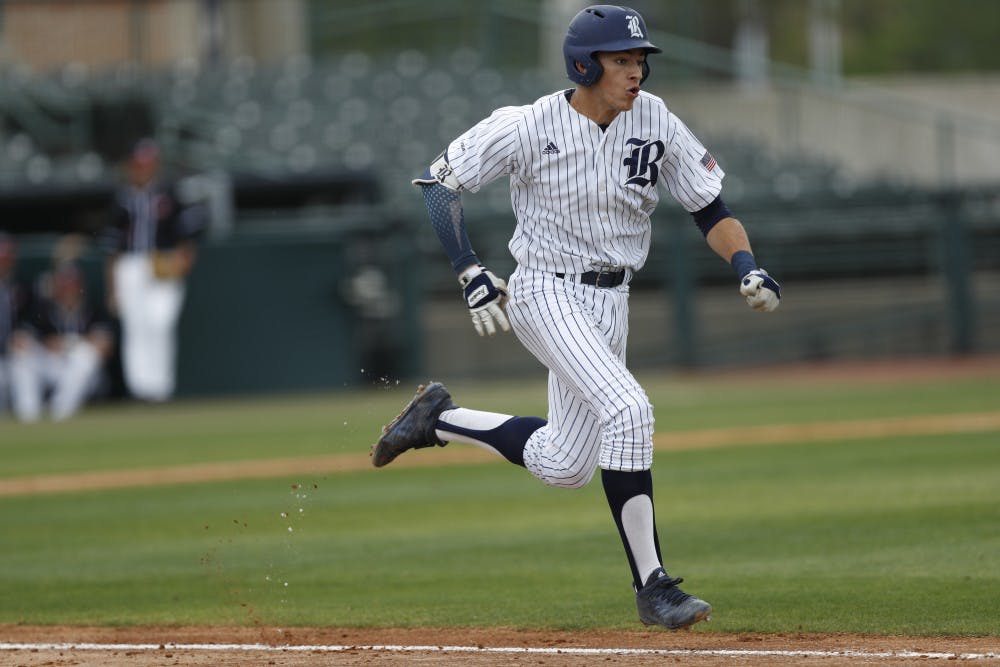 After winning one of three games at home against Conference-USA opponent Florida International University over the weekend, Rice baseball is 14-20 overall and 5-7 in C-USA.

The first game of the series took place on Friday night. The final two games between the Owls and Panthers occurred back-to-back in a Saturday doubleheader.

Dunlap blasted a home-run over the left field fence in the bottom of the first inning to earn Rice a 2-0 lead. But FIU responded with a four-run explosion in the top of the second inning and held its lead through the seventh-inning stretch.

Throughout most of the season, Bragga has relied upon the trio of Canterino, senior Evan Kravetz and senior Jackson Parthasarathy to start weekend games. The Owls’ series against FIU was no different: Kravetz started on Saturday afternoon and Parthasarathy started on Saturday evening. According to Bragga, stability requires steadfast commitment, both on the mound and in the batter’s box.

“When we’re really good, the lineup will be the same every single day,” Bragga said. “We had that for our five game winning streak.”

Kravetz lasted 4.2 innings and surrendered five runs in his outing. When junior pitcher Garrett Gayle came on to replace him, Rice still had a chance because the Owls had corralled five runs in the bottom of the third inning.

But FIU scored in the next four innings against Gayle, senior pitcher Jackson Tyner and freshman pitcher Brandon Deskins, and the Owls fell 13-7. Bragga said he is determined to balance his middle relief rotation.

“Right now, we have about four or five guys, period, who I know what we are going to get from them,” Bragga said. “Moving forward, [we have to find] some guys in the middle of the bullpen who can step up and be consistent.”

After Saturday afternoon’s slugfest, the nightcap was a pitcher’s duel. FIU pitcher Franco Aleman pitched 7.2 innings of shutout baseball to outshine Parthasarathy, who allowed three runs in 7.0 innings of work.

Rice’s first run-scoring efforts came from Comeaux and Cruz in the bottom of the eighth inning, but FIU defeated Rice 5-2 to claim the weekend series. According to Coach Bragga, there is no quick fix to uplift the Owls.

“It starts with pitching and defense,” Bragga said.