Us makes horror a relatable experience 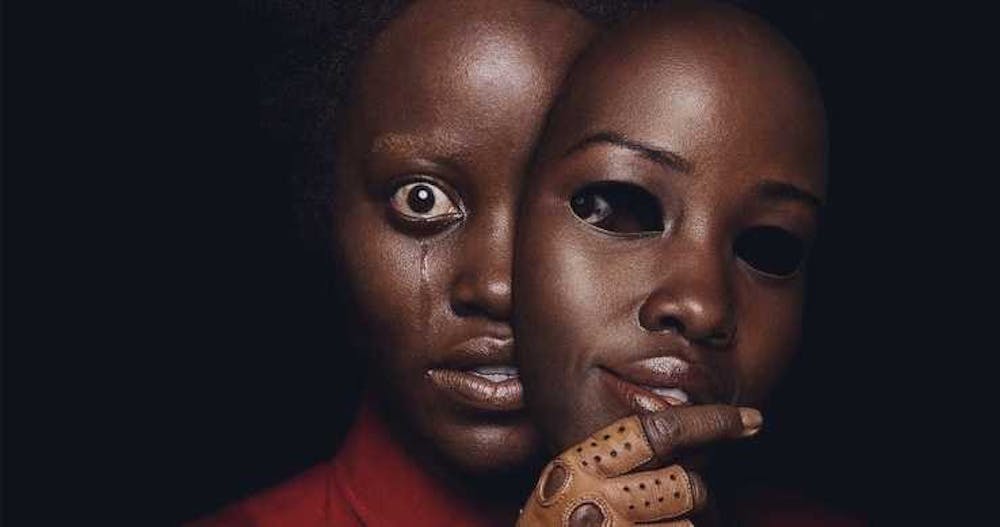 As a general rule, I normally avoid watching trailers because there is nothing quite like walking into a film and just letting everything about it take me by surprise. I would recommend that for a horror film like Jordan Peele’s Us, because the horror comes from the element of surprise. But while other movies of this genre hang their entire plot on a single scary concept, this film contains several of them. In his follow-up to Get Out, Peele expertly unveils multiple layers of his mythology and manages to surprise the audience throughout the entire 116 minutes of runtime.

Us follows a family of four who fall under attack during their vacation by doppelgangers of themselves. Lupita Nyong’o plays Adelaide, the mother of the family whom the story centers around. She has two children, Zora (Shahadi Wright Joseph) and her younger brother Jason (Evan Alex). The film jumps back and forth between the present and Adelaide’s childhood, a time in her life when she suffered through an unspoken trauma. As a result of childhood experiences, Adelaide exercises fierce over-protection of her kids which is only amplified when their lives are threatened.

The most surprising thing about this film is how funny it is. Peele draws from his comedic roots to make the film as much a comedy as it is horror. The beginning of the film actually feels like a situational comedy, which helps communicate the relationships between the family members. And while comedy at the beginning of a horror film is not necessarily unexpected, comedy sustained throughout the film is surprising.

The very first encounter with the doppelgangers is when the dad, Gabe (Winston Duke), comes out of the house with a baseball bat to scare them off. In the trailer, that scene is dramatic, but in the actual film, it exists for laughs. While the doppelgangers pose a real threat, Gabe has not realized it and comes off as a complete buffoon.

We all know that scene in every horror movie where a character runs into something that will change everything they have thought about their world. Usually that character’s reaction is a complete spiral into despair. But Peele went for a direction that is both counter-intuitive and conducive to the horror — Gabe maintains a sense of disbelief throughout the film, never really acknowledging the absurdity of his new reality. He continues to crack jokes throughout because  all that is left for him to do is to laugh in disbelief. Us handles its characters like real-world people. Real-life people will respond in humor, even if it is nervous laughter, throughout a near-death experience. And because I can imagine that I myself will react the same way, Us is a whole lot scarier for me.

Us also presents a good puzzle. Like Peele’s first directorial feature Get Out, there are clues hidden throughout the movie that culminate in a scene where everything is explained in a satisfying way. In Us, instead of one explanation, there are several, and the movie leads us through a series of mind-bending twists and turns. Without spoilers — the last revelation left me feeling genuinely disturbed, but afterwards my brain did a complete flip, and I thought, “Actually, that really does not matter…” And I was not alone. Many people I talked to afterwards read the film in a different way than I did, and even now I do not think I understand it entirely.

If there is one criticism I have about this film, it is that there is perhaps one plot twist too many. But what I like about this puzzle of a movie is that it is made by the hands of a very thoughtful director, and that even if I feel initially confused by the ending, I can make sense of it if I watch it enough times. Peele is a director who trusts the audience to figure out the puzzle and find their own answers.

Us will begin showing at movie theatres nationwide this Thursday.