The best and worst of South by Southwest 2019 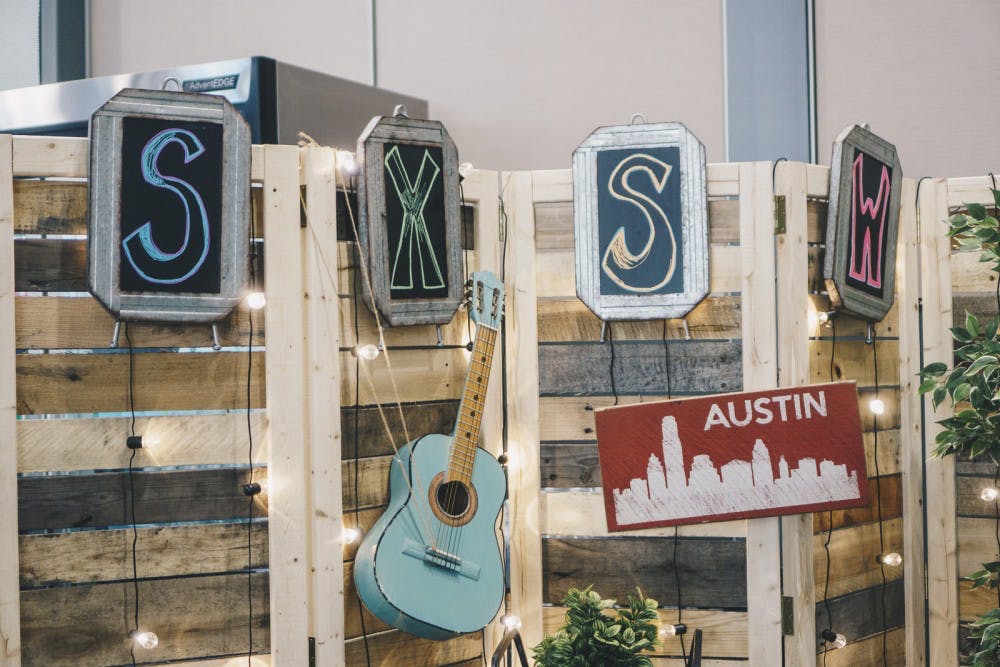 South by Southwest is confusing, exciting, draining and inspiring — usually all at once. The film, music, interactive media and comedy festival takes place each spring in Austin. Staff writer Lavina Kalwani gives her take on the best and worst of South by Southwest 2019.

This year’s SXSW brought formidable politicians and activists, each delving into their own philosophies in a way that mixed relatability and professionalism. I saw Sen. Elizabeth Warren, Rep. Alexandria Ocasio-Cortez and Black Lives Matter co-founder Patrisse Cullors, among others. These speakers used their personal narratives and experiences to underlie their positions.

Warren spoke at length about her ideas, such as an ideal economic framework and how the U.S. can move toward a fairer free market. Ocasio-Cortez emphasized the race and class division in America and the need for historically oppressed groups to “[build] your own power.” Cullors highlighted Black Lives Matter as a movement that is rooted in Black vision and bringing together the Black community. The ability to see politicians and activists in person and engage with them helped me remember that these public figures are people trying to uplift those around them in the way they genuinely think is best.

SXSW puts thousands of people with similar interests and vastly different backgrounds in the same spot, and amid the massively long lines and interactive events, it’s not hard to start conversations with some pretty interesting people. Early on, I met University of Texas, Austin students in a line for a comedy show and we ended up going to other panels and shows together. I saw people begin conversations as strangers and leave with promises to keep in touch. These experiences stem from the diverse, but niche events SXSW offers.

If you don’t read the event description thoroughly enough, it’s pretty easy to be surprised when Kirsten Vangsness (the actress who plays Penelope Garcia in Criminal Minds) turns out to be Neil Gaiman’s interviewer. There were some true surprises too, though — my favorite was “audience member” Bill Nye asking Ocasio-Cortez a question on climate change. These surprises made events even more memorable.

Nightly standup shows were a great way to wrap up the day, especially as an alternative to Sixth Street or age-restricted events. Witnessing The Daily Show correspondents’ comedy show was a personal highlight from these events — it was smooth, well-delivered and offered the correspondents’ perspective outside of their studios. Some shows were more intimate, such as the gathering of 100 people in a show aptly titled “100 people watching comedy.” That was also the show where I had a microphone thrust in my face and regretted my front-row decision. SXSW is well known for its music, film and panels, but its comedy is well worth attending.

SXSW can be overwhelming, with dozens of events going on at any given time. Some of my favorite parts were the more relaxed events where I could step back and enjoy where I was instead of worrying about where I wasn’t. I participated in a mass meditation at sunset, situated in a beautiful performing arts center overlooking the Austin skyline. Another one of my favorite evenings was a poolside party where I ate freshly baked pizza and chatted with musicians over fire pits. These moments are sometimes difficult to find in the frenzy of SXSW, but they make the experience truly amazing.

SXSW is really not built for typical college students. Badges are extremely expensive, with Platinum (all-access badges) starting at $1,150. Most attendees are early-to-mid-career professionals, which made it hard to connect with the people around me. With few exceptions, I was the youngest person in any room. For younger attendees such as myself, most of the music events are inaccessible, as they are 21-plus. The music restrictions were especially disappointing, and I felt that they should work to make these events accessible to people aged 18-21, especially since many of the artists target their music toward this group.

There were several instances where attendees behaved or conversed in a way that contributed to a culture of toxic privilege. There were people who clamored their way into high-profile events only to fall asleep, taking away spots from others who actually wanted to be there. There were several heated complaints against the faint drizzle one morning (the common sentiment was “we didn’t pay to deal with the weather”). One music event had attendees pushing others around to the point where people were falling down. While one or two of these instances can be attributed to flukes, the consistent display of entitlement was disappointing.

A big pull for SXSW is its extensive panels on tech, especially artificial intelligence and design. The lines for these events often stretched longer than comparable panels, but in my opinion, they weren’t everything they were built up to be. The talks often featured vague commentary on the possibilities of tech without much substantial information to bring value to the conversation. I felt the speakers were advocating more for their businesses than their ideas.

The festival was daunting not just because of all the events you could attend at any time, but also because those events covered everything from wellness to film to advocacy to design. SXSW is definitely comprehensive in that it offers something interesting to everyone, but it is incoherent in that it makes it difficult to describe what, exactly, SXSW even is.