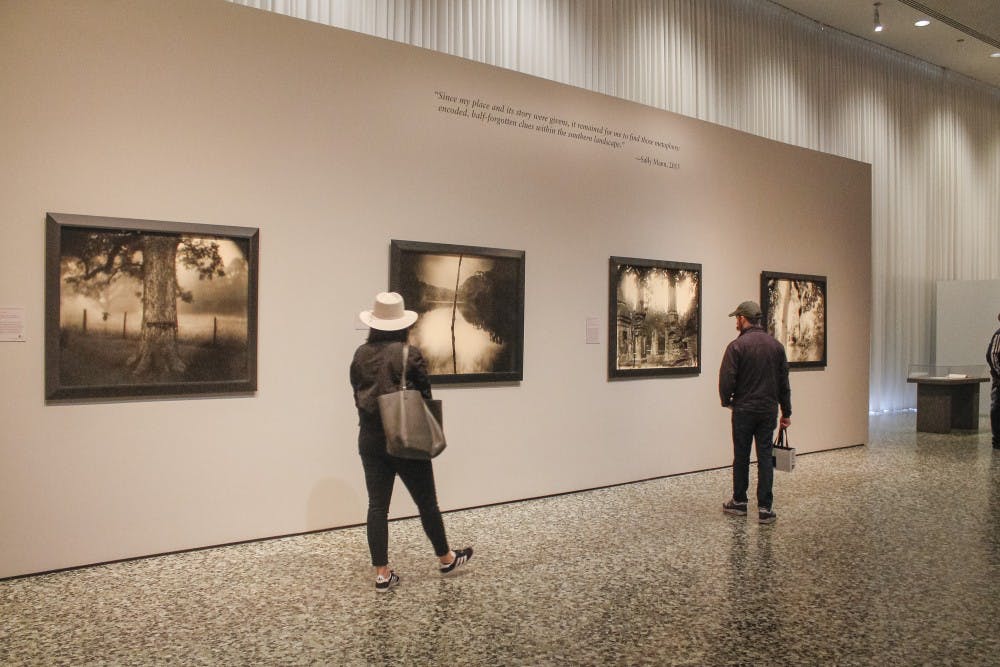 Southern life and traditions are important to the many residents of the lower U.S., but the rich experiences that are cultivated in that region often conflict with its tragic history. In the Museum of Fine Arts, Houston’s latest exhibit, “A Thousand Crossings,” photographer Sally Mann (born 1951) attempts to capture her life story in Virginia, the birthplace of slavery and a major battleground in the Civil War, as a mother, wife and Southern woman coming to terms with the dark history of her state.

The 120 images that compose “A Thousand Crossings” are separated into five rooms based on the five major themes of Mann’s work: family, landscapes, battlefields, legacy and mortality, according to the MFAH website. In each space, MFAH pays careful attention to the way the photographs themselves are displayed, with white frames around portraits of her children and darker borders around those of the Virginian landscape. As one slowly moves through the space, one can see the subject matter transform from the innocence of childhood to more morbid themes of decay and death. Among the photographs, there are two video interviews playing of Mann discussing her work.

The first room of the exhibition is carefully lined with photographs of her children, at play around her home, in the nude and sometimes suffering from the small injuries of an active childhood — cuts, bruises and broken bones. Most of the portraits are in black and white with a few in eye-catching color, such as a scene of her son with bright red blood running down his front from a broken nose.

Mann’s work takes an unexpected turn from family photos to picturesque landscapes. In the exhibit description, Mann said that her children began to melt into the background of her Virginian home. In these photographs, she uses a then-century-old camera and a wet plate process to develop the images, along with a faulty antique lens that creates random lens flares and other anomalies to make each picture unique. The landscapes themselves are dark and moody with sharp differences between light and dark spaces. Mann paints a portrait of a region battered by tragic events as she explores Virginia to find evidence of its Civil War history.

These themes continued into Mann’s later photographs, as she examines the lives of Black people in the South. In these photographs, she attempts to capture the places that these individuals used for refuge and where they chose to demonstrate their spirituality. Mann also examines her own experiences in childhood with her Black caregiver, Virginia Carter, with whom she had grown very close. Several of her photographs are of Black men in which she tries to convey the varied experiences of Black men in the South while touching on their vulnerability. While Mann’s intentions are to confront the legacy of slavery and white violence in the South, some critics, like Claire Raymond (author of Women Photographers and Feminist Aesthetics) have expressed that she is just repeating ideas of white supremacism rather than critiquing them. Although Mann clearly admires Carter, it’s important to point out that this relationship still emphasized the power dynamic between whites and Blacks in the South (in ‘50s and ‘60s era). Overall, I would take this part of the exhibition with a grain of salt as it is difficult for Mann, or any white person, to properly expose the horrors inflicted on Black people in the U.S. in the past and modern day.

In the last section of “A Thousand Crossings,” Mann turns the camera on herself and her husband. These images occur when her children are fully grown and her husband is in the throes of muscular dystrophy. These self portraits are enormous compared to her other works and the close-ups of her and her husband’s face show Mann coming to terms with her own mortality.

Mann does not simply depict her family’s life in the rural South; she reveals the complexity of the Virginian landscape, weaving elements of innocence, youth, death, decay and the state’s tragic past. Her landscapes from the collection are the most striking, with the rich darkness of the photographs drawing the viewer in and creating a scene of both tranquility and tragedy. Each of the photographs in “A Thousand Crossings” express its own unique story of Southern life.

“Sally Mann: A Thousand Crossings” runs until May 27 and is free for Rice students. 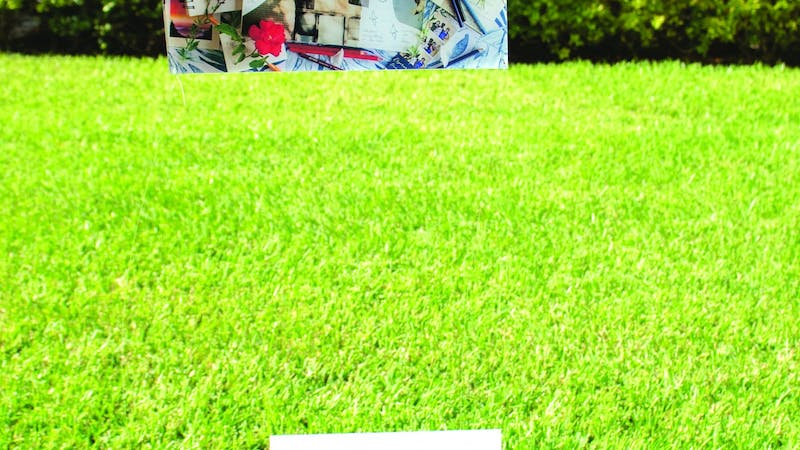