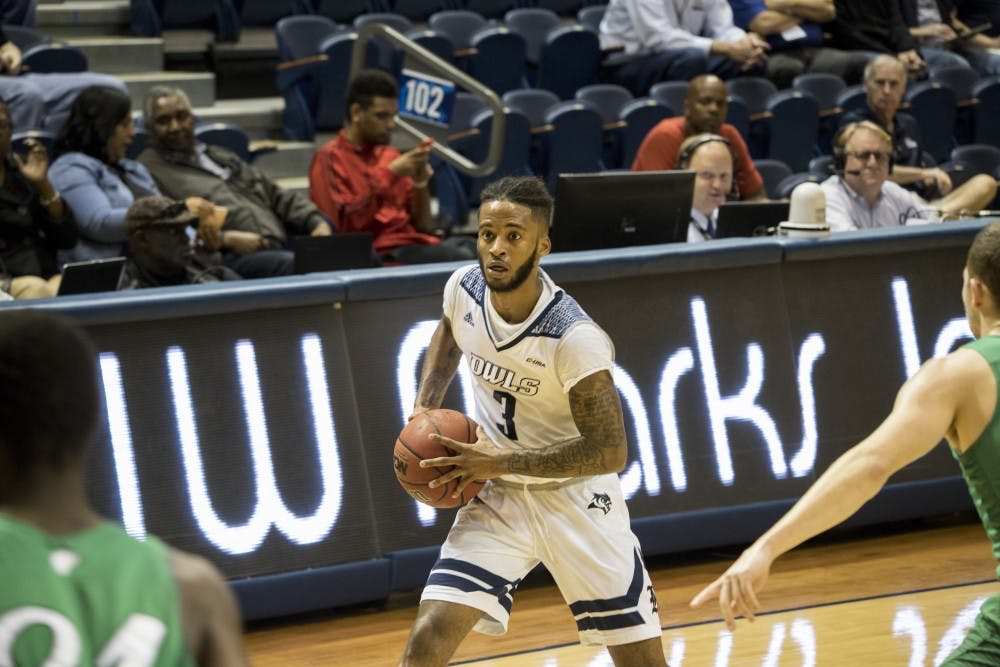 Rice men’s basketball’s season ended in an 82-65 first round loss to Marshall University in the Conference USA tournament held in Frisco. The Owls finished the season with a record of 13-19.

The tournament appearance was the first of head coach Scott Pera’s tenure, as the team failed to qualify for the C-USA postseason during the 2017-2018 season.

The No. 11-seeded Owls came into the tournament off a 3-1 end-of-season stretch that allowed them to clinch a postseason berth. They had defeated No. 6 seed Marshall 74-69 in their previous regular season meeting at Tudor Fieldhouse.

Rice’s second battle against the Thundering Herd played out much differently from their regular season meeting. The Owls didn’t score until five minutes into the first half, by which time Marshall had already built a nine-point cushion. Marshall never trailed at any point in the game, and its lead ballooned to 32 points in the second half.

Marshall’s quick start and 53.6 percent field goal percentage proved too much for the Owls to overcome. According to Pera, the Owls’ slow start put them in a very difficult situation.

“One of our biggest fears coming into tonight was the start of the game: trying to break their rhythm and not let them get comfortable, and they came out really clicking and kinda hit us between the eyes early, and it makes the hole hard to dig back out of,” Pera said. “They deserve to win the game, they played better.”

Throughout the season, Rice’s opponents averaged 34.5 percent shooting from 3-point range, but Marshall was able to sink 13 3-pointers. Marshall senior Jon Elmore, the all-time C-USA leader in points and assists, led his team in scoring, putting up 32 points on 10-for-13 shooting and making six of his nine shots from distance.

“Elmore’s really good,” Pera said. “You know, the guy is a tremendous player ... He certainly got in rhythm. He was feeling good. It didn’t matter what we did, some of those were challenged pretty hard, and he still shot with confidence.”

“Our biggest challenge was our lack of experience and their extra experience,” Martin said. “[Marshall has] two seniors, both of them are their leading scorers. They’ve been here before. They won last year. We really only have one guy who had had postseason experience because we weren’t here last year … but I think we learned a lot from today, and we will be a better team next year when we are in this position.”

Despite its first-round exit, Rice won six more games and twice as many contests against C-USA opponents than last year’s 7-24 team. Throughout the season, the Owls played several close games against some of the top conference teams: Rice lost to eventual C-USA champion Old Dominion University by only four points and defeated Southern Mississippi University, the conference’s No. 3 team, by eight points. Though the Owls were below .500 in conference play, Rice was competitive, leading or within a point in the second half of six of their ten C-USA losses.

Five freshmen players appeared in at least 30 games for the Owls, and Chris Mullins was named to the C-USA All-Freshman Team after averaging 12.0 points per game. Pera said even after acknowledging the difficulties of the season, he remains encouraged by the growth he witnessed in his players.

“Our schedule was hard,” Pera said.  “I saw a ton of growth, a lot of good ball, some very tough and frustrating losses … So, it’s been a fun season; it’s been a rollercoaster when you have five freshmen playing that many minutes, but hopefully will bode us well for the future.”