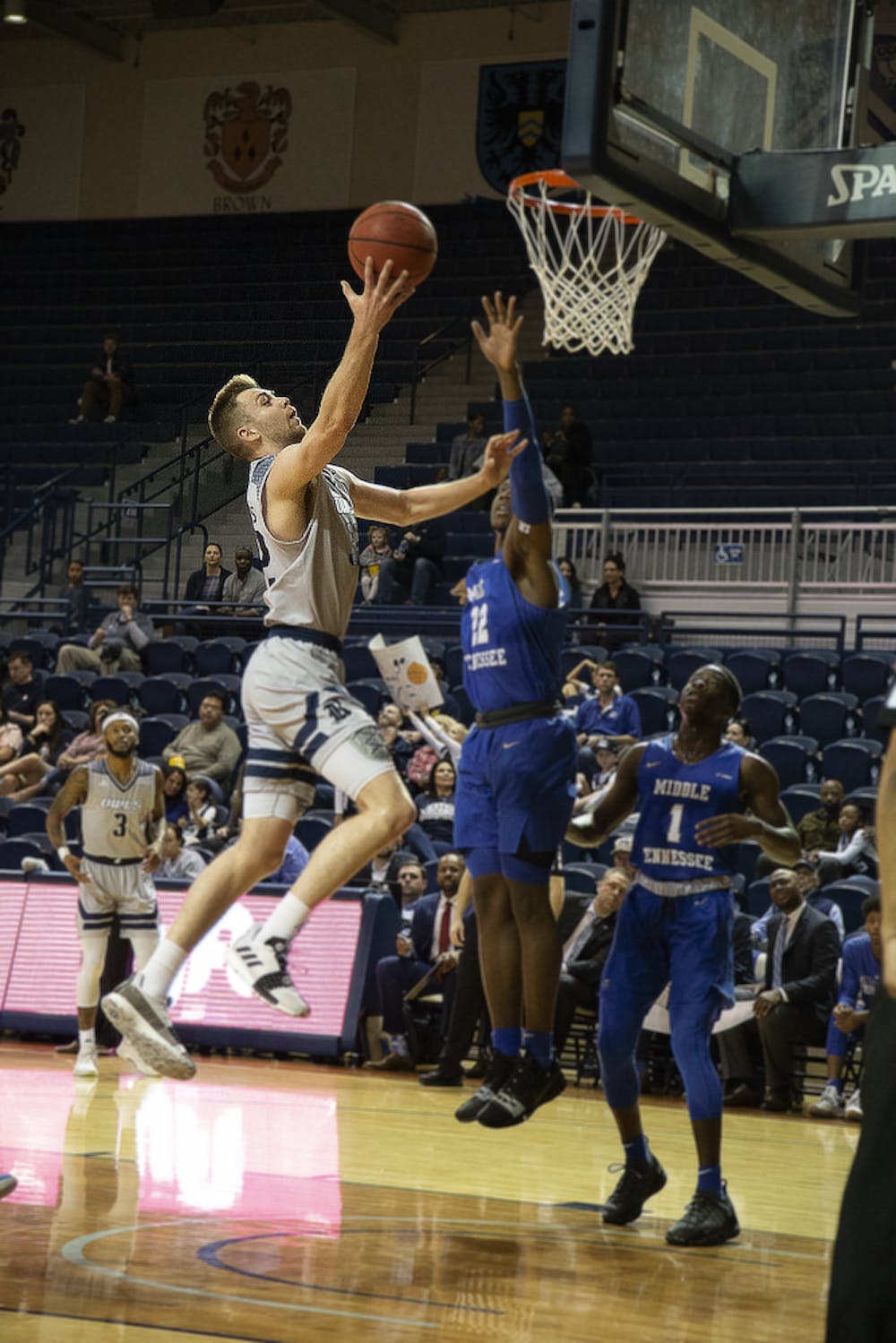 Rice raced out to a quick 12-0 lead over the Blue Raiders within the first four minutes of the game. Freshman forward Quentin Millora-Brown fueled the early charge with a dunk in the second minute of the game to set the offensive tone for the Owls.

Millora-Brown recorded his fourth double-double on the season. He made his presence felt on both sides of the floor, as one of his defensive blocks transitioned into a pass to Ako Adams who assisted Millora-Brown for a layup on offense.

Rice dominated the first half, keeping Middle Tennessee to only 24 points on 0-for-8 3-point shooting and 10-for-30 shooting from the field.

Ball movement was the name of the first half for Rice; seven of the Owls players got on the scoreboard, combining for 35 points on 45 percent shooting from the field. The Owls committed only four team fouls and four turnovers in the first half, and posted 10 assists.

Unfortunately for Rice, its large lead was short lived. The Blue Raiders found their fire early in the second half, decreasing their 11-point deficit to five within only five minutes of play. Costly turnovers by the Owls put Middle Tennessee in a position to win, but the Owls held on.

According to head coach Scott Pera, Rice’s rigorous preparation allowed it to maintain and extend its lead throughout the late stages of the second half in spite of the Blue Raiders’ surge.

“It was a really good job of closing the game out by our guys,” Pera said. “Obviously, [Middle Tennessee] kept coming [and] kept chiseling away and getting closer and closer. We never panicked. We kept getting the right shots.”

Rice caught a break with nine minutes left in the second half when junior guard Ako Adams was fouled on the 3-point line and converted all three free throws to put the Owls up by three.

In their next trip on the offensive side, Millora-Brown was able to convert another pair of free throws by drawing a foul under the basket. The team came to life when freshman guard Drew Peterson threw down a thunderous dunk with five minutes to go in the game. Late game free throws by Peterson helped spread Rice’s lead to six points with only five seconds left in the game.

Rice closes its regular season with a home-and-home against the University of North Carolina, Charlotte. The Owls will travel to North Carolina March 6 before closing the season at home March 9.

Once the regular season concludes, the Owls will head to Frisco to begin the conference tournament as either the No. 11 or No. 12 seed, depending on the the results of its final two C-USA regular season matchups.