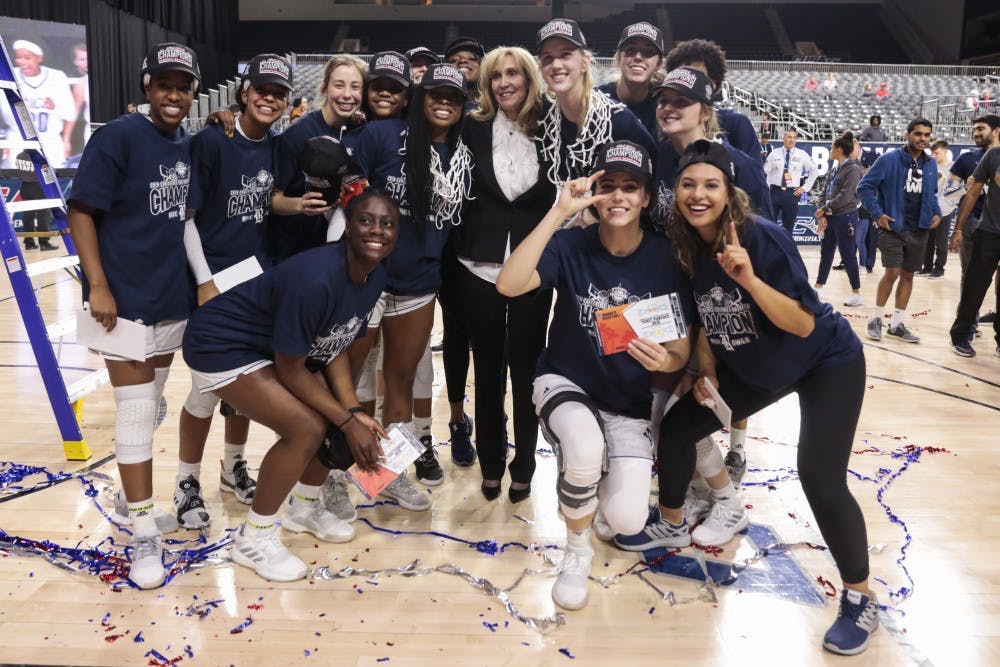 When Tina Langley was named the head coach of Rice women’s basketball in 2015, the program was in dire straits. The Owls hadn’t posted a winning record in four years, and they hadn’t won a postseason game since 2006. Now, after four years of improving Rice’s win totals, recruiting at a consistently high level, scaling the postseason tournament ladder and firmly establishing women’s basketball as Rice Athletics’ preeminent national force, we strongly believe Rice Director of Athletics Joe Karlgaard should prioritize providing Langley with a long-term contract extension as soon as possible.

After a 9-22 first season as head coach, the Owls made their way back to the postseason in Langley’s second year, capping off a 23-13 season with the Women’s Basketball Invitational title. In her third year as head coach, Rice again won 23 games and reached the second round of the Women’s National Invitational Tournament. And this season, Rice has reached unparalleled heights, rewriting practically every record in the book, from single-season wins to the first top-25 ranking and C-USA tournament title in program history.

Alongside the improved on-court success, Langley has demonstrated an excellent recruiting strategy. Off the bat, Langley helped convince sharpshooter Nicole Iademarco to transfer to Rice from Arizona State University. After her first season, Langley added current Conference USA player of the year Erica Ogwumike as a transfer from Pepperdine University. Following Rice’s WBI championship, Langley recruited current C-USA Defensive Player of the Year Nancy Mulkey to transfer from the University of Oklahoma. Together, the trio has formed the backbone of Rice’s tournament-winning squad.

In addition to wooing transfers, Langley has also enriched the Owls’ depth with high school talent. In each of the past two seasons, Langley has attracted the number one ranked recruiting class in C-USA, and entering next season, Rice’s freshman crop is ranked in the top 50 nationally by AGSB Basketball. Freshman Jasmine Smith and sophomore Sydne Wiggins -- both Langley recruits -- have anchored Rice’s backcourt this season. 12 players have received playing time in double digit games this season, including three freshmen, four sophomores, one junior (Ogwumike) and four seniors, which shows Langley has consistently recruited talent to bolster Rice’s depth.

It’s clear that Langley has completely turned around a formerly struggling program, elevating it to historic levels of success. This accomplishment should not be taken lightly. Rice’s recent history is somewhat checkered in retaining top coaching talent. Former men’s basketball head coach Mike Rhoades and former soccer head coach Nicky Adams both established successful programs at Rice before leaving to join teams in more prominent conferences. Despite the women’s basketball team’s unprecedented C-USA success this season, Rice was still named a 12-seed in the NCAA Tournament, leaving open the possibility that Langley will see more opportunity for growth elsewhere.

To Rice’s credit, it spent just under $2.5 million on its women’s basketball team in 2017-18, which was not significantly less than the $3.25 million spent on the men’s team, according to the Equity in Athletics database. But “not significantly less” is hardly an accomplishment, and Langley and her program deserve even more. Rice Athletics needs to reaffirm its commitment to becoming a nationally competitive athletic program by ensuring its most successful current coach the security of a lucrative long-term contract.