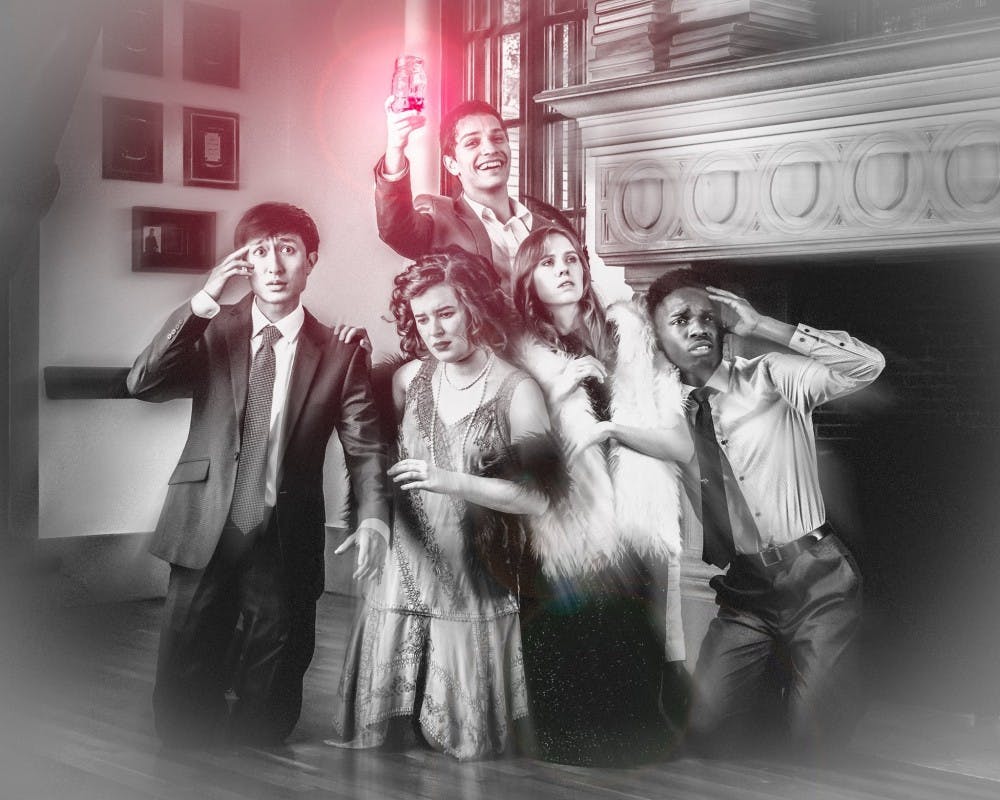 This year, BakerShake will perform “A Midsummer Night’s Dream,” the classic tale of fickle lovers re-imagined in the style of 1920s America à la the Great Gatsby. The production will include live instrumentals, singing and dancing in an effort to bring the Jazz Age to life. Director Alric Davis said in an email that the Elizabethan era tale is re-imagined in the 1920s and 1930s jazz era “to resemble the dizzying and mysterious aspects of love.”

Davis pitched his idea for a 1920s style adaptation of this year’s play to a committee following last fall’s Bard’s Night, an annual event that allows attendees to help narrow down a short list of potential plays for BakerShake to perform in the spring. “A Midsummer Night’s Dream” made the shortlist cut and a few weeks later, Davis was chosen by a committee to direct.

After auditions in December, the cast and crew of BakerShake got to work planning every detail of the coming production. Co-stage manager Vidish Ganesh said seeing the show built from the ground up is the most exciting part of the production for her.

“We (the cast, stage managers, and director) walk into a room on the first day, many of us not knowing each other and some only having a cursory knowledge of the dramatic work,” Ganesh, a Baker sophomore, said. “From that day, we work together to really understand the meaning behind the bard's words, and bring them to life. As the actors practiced their expressions and line delivery, the crew designed beautiful costumes and innovative set pieces that will complete the colorful backdrop of the jazz age.”

The impact of BakerShake is evident from the alumni who return to campus to either participate or support the production. Ian Mauzy (Baker ’14), has acted in every BakerShake production since 2011’s Hamlet in addition to working with sound design, set construction, live music performance and this year, lighting design.

For Mauzy, the creative freedoms and innovation with which BakerShake has adapted Shakespeare for modern stages are what make it particularly special.

“We're more willing to experiment with unusual stage types — this year, for example, we're playing on a bridge stage, which means the audience is on two opposite sides of the stage,” Mauzy said. Mauzy cited 2015’s Measure for Measure as one of his favorite BakerShake productions partly because of the opportunity write music for a scene involving a pole-dancing nun, an amusing adaptation of a scene taking place in a brothel.

Sid Richardson College senior Abby Sledge, who plays Hermia, agreed that one of the things that distinguishes BakerShake is its innovative use of adaptation to revamp classical works into chic, modern experiences.

“In my experience, BakerShake tends to adapt Shakespeare for a more modern setting, which makes it easier both for the audience to connect to the characters and to find costumes and props,” Sledge said.

BakerShake began in 1970 when engineering students Charles Becker (Baker ‘73) and Ed Dickinson (Baker ‘73) expressed their desire to bring the works of Shakespeare to Baker. Every year since, the soaring ceilings of Baker Commons have provided a unique backdrop for nearly 50 productions.

Actor and first time BakerShaker Jacob Lu (Lysander) explained in an email that BakerShake is open to Rice and non-Rice students alike, including Houston theatre community members, alumni and even international theater professionals. Over the years, the show has boasted directors from traveling theatre company Actors From the London Stage and the world-renowned Royal Shakespeare Company. By opening up BakerShake to theater communities beyond campus, the production is vitalized with “energy and perspective from outside the Rice bubble,” according to Lu, a McMurtry College freshman.

Producer Bryan Najera Demoraes said that the past decade of BakerShake has seen heavy involvement from local thespians. Past directors with ties to local theatre include Stephen Miranda of the Landing Theatre Co. and Rob Kimbro, formerly of Alley Theatre. This year’s director, Davis, is the founding artistic director of the Bayou Theatre Company.

This year, BakerShake continues its legacy of providing of what Davis calls a “highly interactive, boldly crafted art that is still accessible and entertaining.” A Midsummer Night’s Dream will show March 21 - 23 at 8 p.m. and March 24 at 2:30 p.m. in Baker Commons. Tickets are free for Baker students, $5 for Rice University students, Baker staff and parties of 10 guests or more, $8 for Rice University faculty and staff, $10 for Rice University alumni and the general public and $100 for Bard's Couches which are front-row, VIP seating.

Cast (In Order of Appearance)