Across the country in 49 days: Baker senior to run for charity 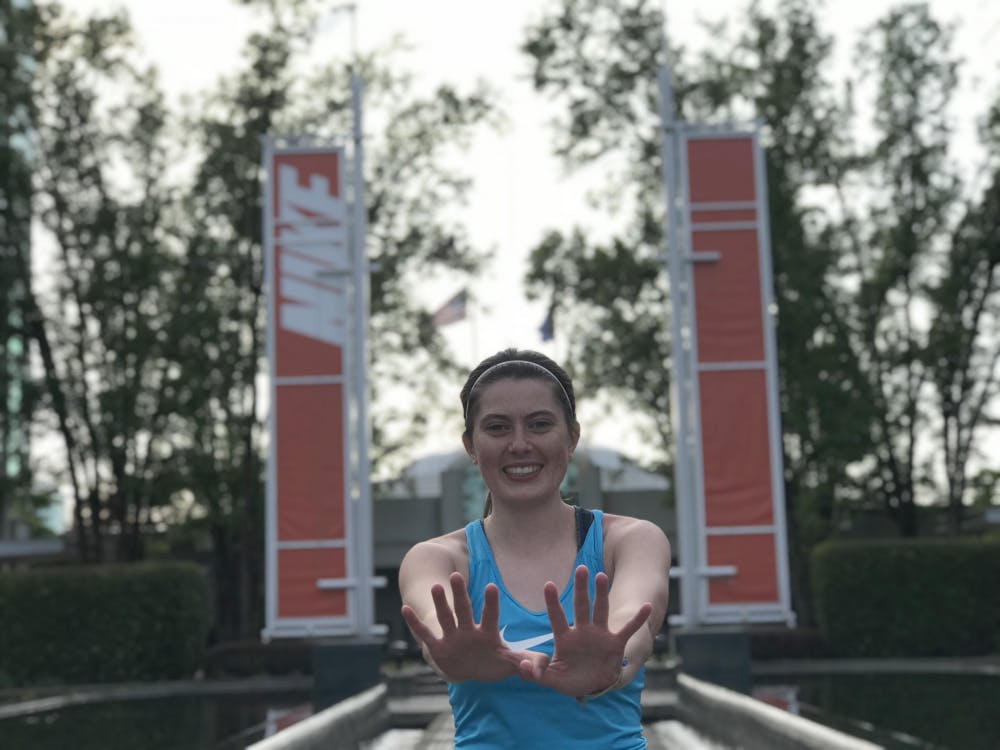 Madison Nasteff needed to find a way to fill her summer before starting her job designing running shoes for Nike. Then the perfect opportunity arose: a 49-day, 4000+ mile relay across the country. The run, 4K for Cancer, fundraises for the Ulman Foundation, which provides resources for young adults with cancer.

“I wasn’t sure it was a legit thing,” Nasteff, a Baker College senior, said. “I saw it from an Instagram ad.”

But Nasteff had been thinking about running across the country for a while. She hypothesized that maybe Instagram’s algorithm picked up on her internet searches and determined she was an avid runner. The chance to raise money for cancer patients and cancer survivors made the opportunity all the more worthwhile.

“It seemed like a really cool cause,” Nasteff said. “I could actually be making a real difference.”

Nasteff is starting in San Francisco and running to Baltimore in a team of 30. The group will tag-team running in 2-3 mile spurts as pairs. When they’re not running, they’ll rest in a van that heads to the next checkpoint. She’ll run a total of 10-15 miles a day. To prepare, she’s been training extensively.

“I’m definitely there in terms of [running] ten minute miles,” Nasteff said. “I’m just working on building up to exercising for 6 days a week.”

She won’t be running every day, though.

“Some of them are rest days where we just get to hang out in whatever city we’re in at that time and then some days are service days so we go and interact members of the community,” Nasteff said. “Ulman does a scholarship program for cancer survivors so we get to deliver two scholarships on the way, which’ll be really fun.”

All of the team’s food and lodging is donated. Each day two of the people who aren’t running ride in a van to secure food for the day.

“They drive to Chipotle or pizza places or grocery stores and ask them if they’ll donate whatever food for the day,” Nasteff said.

Nasteff is one of three directors of the run, so she’s taken on the responsibility of helping to ensure that the team will have a place to stay each night.

She said she’s excited that the route goes through Kansas City, Missouri, her hometown, and she’ll be securing hosts for that day.

“My parents will get us dinner and I’ll get to see my dogs and my family,” Nasteff said. “That’s what I’m most excited for.”

One requirement all runners must fulfill is raising $4,500. By asking family members, doing a fundraiser at Chipotle and other events, Nasteff has raised $3,328.35 so far.

Ian Frankel, a Martel College senior who donated in Nasteff’s name, said that after training for and running the Houston Marathon with Nasteff, he knows that she is mentally and physically tough.

Frankel said he was happy to donate.

Two groups, Rice For Biden and Rice Against Biden, head into November with different priorities

Early last month, three Rice students launched Rice for Biden, a group supporting Democratic candidate Joe Biden’s campaign for president. Harry Golen, one of the creators of Rice for Biden, said that one of the organization’s posts on Facebook reached over 4,300 people within the first week, including Rice students, alumni and staff members. Not all responses were supportive, however. A few hours after Rice for Biden launched its social media pages, another page appeared on Instagram: Rice Against Biden (@riceagainstbiden).