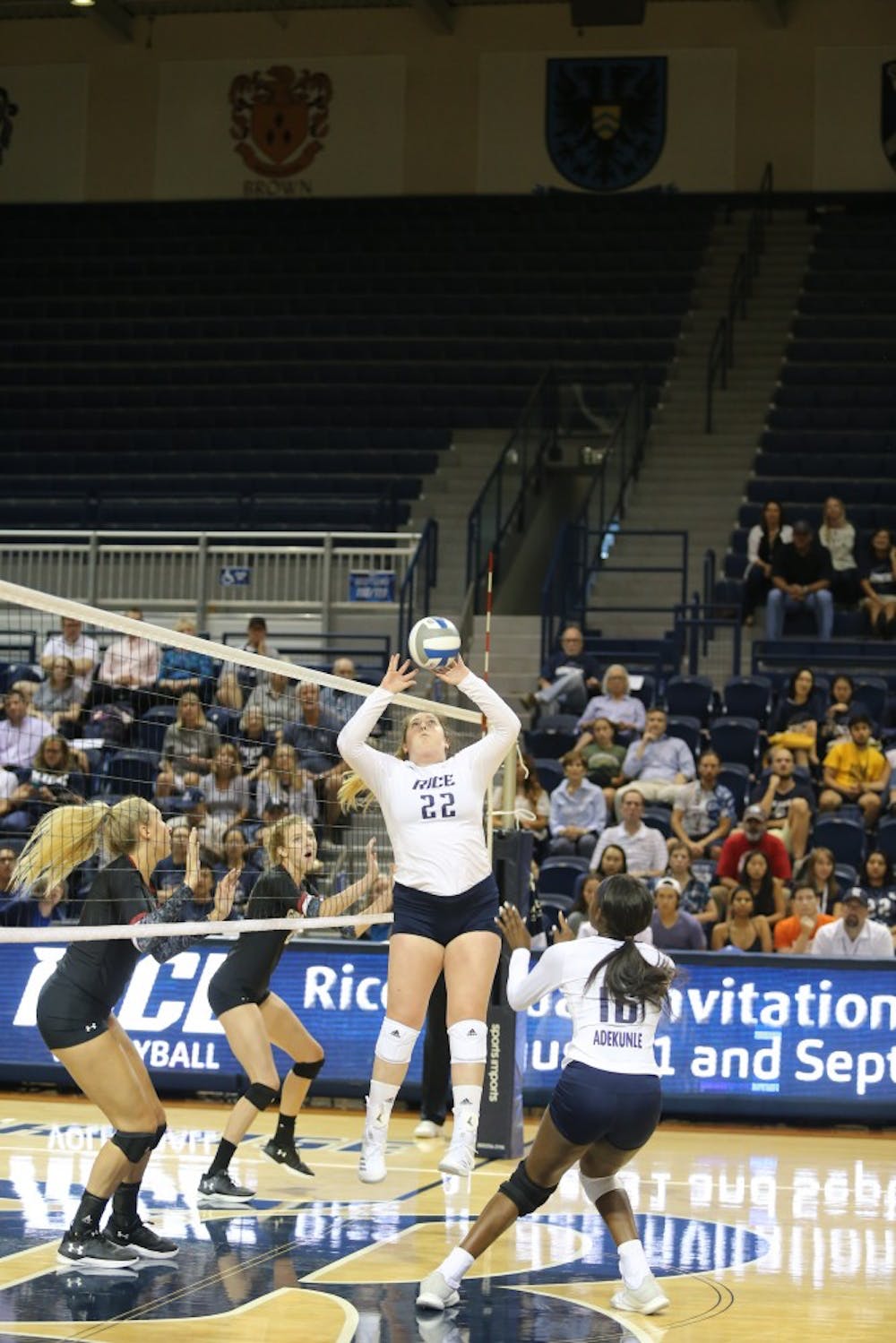 This year, women’s sports at Rice have accumulated a .725 winning percentage and a 30-6-1 record against Conference-USA foes, while Rice men’s sports have more losses than wins.

According to women’s tennis head coach Elizabeth Schmidt, each team is accountable to fostering a winning culture at Rice.

“It’s really inspiring and encouraging to look around and see the other sports at Rice doing so well,” Schmidt said. “Those other programs are pushing us to be successful, and we are pushing them to be successful. The more we have swagger, the better for the athletic department.”

“It’s great to have other great female athletes on campus with us,” Iademarco said. “We really want to represent Rice and play our best.”

Title IX requires federally-funded universities to provide equal resources to women and men in sports; in particular, it bestows an obligation upon each school to meet the needs and responsibilities of women’s athletics. According to women’s basketball head coach Tina Langley, she coaches at a school which invests in all sports.

“The reason I came to Rice was the university itself,” Langley said. “Rice celebrates so many different things, from high education to diversity to excellence on all levels. We want to be a [basketball] program which represents the values of the university.”

In the fall, soccer labored to a 7-9-1 finish and seized a winning record against C-USA opponents but capitulated in the opening round of the C-USA tournament, missing its chance to qualify for a fifth postseason appearance. Many Owls still received year-end honors, including junior Lianne Mananquil, who was crowned C-USA Midfielder of the Year, and senior Annie Walker, who earned her place on the C-USA All-Conference Second Team.

During its fall season, volleyball raised the bar of excellence. Head coach Genny Volpe, who boasts the most wins in program history, propelled her squad to an historic 14-game win streak, a C-USA regular season title and an NCAA Championship appearance — Rice’s fourth during Volpe’s career.

According to Volpe, volleyball’s year was unprecedented.

“The confidence in our women’s sports teams right now is probably at an all-time high,” Volpe said. “I hope all the success continues and carries over again into next season.”

Each of the other women’s sports teams at Rice — track & field, swimming, basketball and tennis — are currently competing in season.

According to Langley, outshining the success of volleyball is irrelevant, even though her squad is in the midst of a 15-game win streak and is undefeated in C-USA with 22-3 overall record.

“Scheduling a tough regular season is important because it prepares you for the postseason and you know each postseason game is going to be a battle,” Schmidt said.

Langley said her players can relate to players on the men’s basketball team.

“It is good [for us] to have camaraderie with the men’s basketball team and know they are facing the same daily challenges, with the workload of the classroom and basketball,” Langley said. “We are both hardworking teams.”

According to swimming head coach Seth Huston, the women’s basketball team is redefining success for sports teams at Rice.

“I think the women’s basketball team is proving right now that at Rice University, an athletic team can be among the best programs in the country despite academics rigors and mid-major conference affiliation,” Huston said.

In ten dual meets, swimming is 5-5. With only one regular season meet left, Huston’s team is nearing its opportunity to compete in the C-USA Championships, where it can earn a chance to qualify for the postseason.

According to senior swimmer Hanna Huston, overcoming injuries and frustration is part of the journey as a student-athlete.

“One way I’ve grown in the past four years is by having a new perspective on things,” Huston said. “I had these things some would call ‘athletic setbacks,’ but now I look at my struggles as opportunities to learn, trust, develop and mature.”

Women’s tennis is also putting together a solid season. Schmidt’s team is undefeated at home in five matches, and the trio of freshman Victoria Smirnova, sophomore Anna Bowtell and junior Priya Niezgoda have won 40 of 59 singles matches.

Schmidt said every female athlete at Rice is worth admiring for their accomplishments both on and off of their athletic teams.

“I am fortunate to work with great student-athletes,” Schmidt said. “Rice attracts a special person: one who is driven, not only on the field, on the court or in the pool but also in the classroom.”