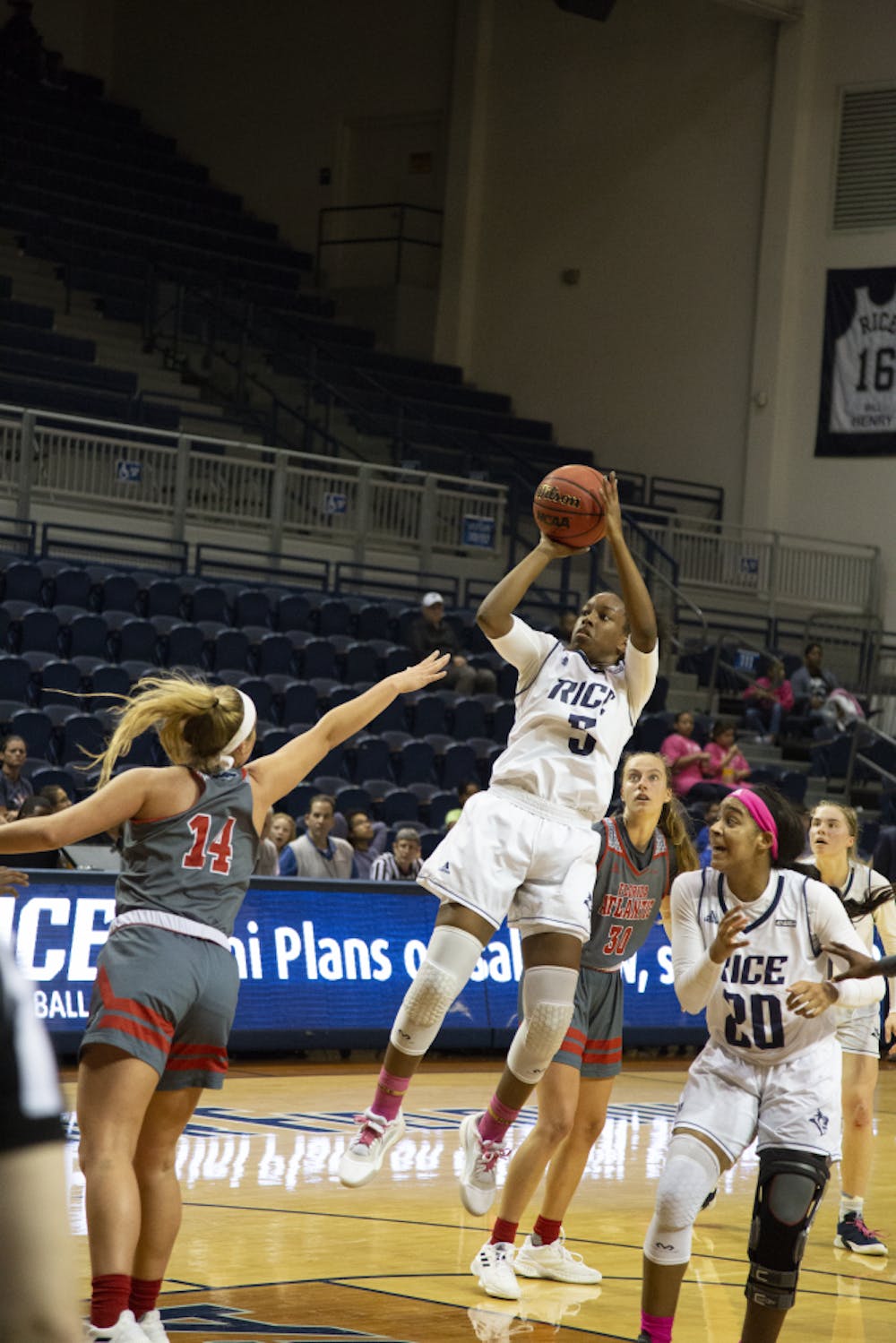 Rice women’s basketball outscored its two weekend opponents in the first half by a combined 86-25 on the way to a weekend sweep to move to 13-0 in conference play.

The Owls claimed a 76-44 win over Florida International University on Thursday and a 63-35 win over Florida Atlantic University on Saturday that increased Rice’s winning streak to a school-record 15 games. On Monday, Rice was named the No. 25 team in the country by the Associated Press, marking the first ever national ranking for the program.

FIU was unable to get any easy points against the Owls; the Rice defense held them to 17 points in the first half on just 24.1 percent field goal shooting. Strong defense throughout the game coupled with constant ball movement proved to be the key to success for Rice.

Senior forward Nicole Iademarco had the hot hand throughout the first half, scoring 13 points and sinking three 3-pointers. She ended the night with 15 points, as did freshman guard Haylee Swayze, who was three for five from the 3-point line. Junior guard Erica Ogwumike rounded out the night by posting an 11-point, 12-rebound double-double.

Saturday’s game proved to be almost record-breaking, as Rice held FAU to only 8 points at halftime. That mark was the second-lowest opponent halftime score in program history. Rice’s defense held FAU to just a 2-for-26 mark on field goals in the first half, including 0-for-9 from 3-point range.

Though FAU managed to break through Rice’s defense in the second half, outscoring the home team 27-24, Rice’s strong first half ensured a blowout 28-point victory. Senior forward Shani Rainey was a bright spot for the Owls, scoring a season-high 12 points in only 17 minutes of play.

Rice now has just three games left in the regular season before it enters the Conference USA tournament in March. The Owls will face the University of North Texas, Louisiana Tech University and the University of Texas, San Antonio, all teams that Rice has previously beaten this season.

“One of the things we’ve spent a lot of time talking about this year is the opponent that’s in front of us,” Langley said. “I really give a lot of credit to our team and the way we prepared this week and this season. They haven’t overlooked anybody we were playing and deservedly so, because everybody in Conference USA can beat you.”