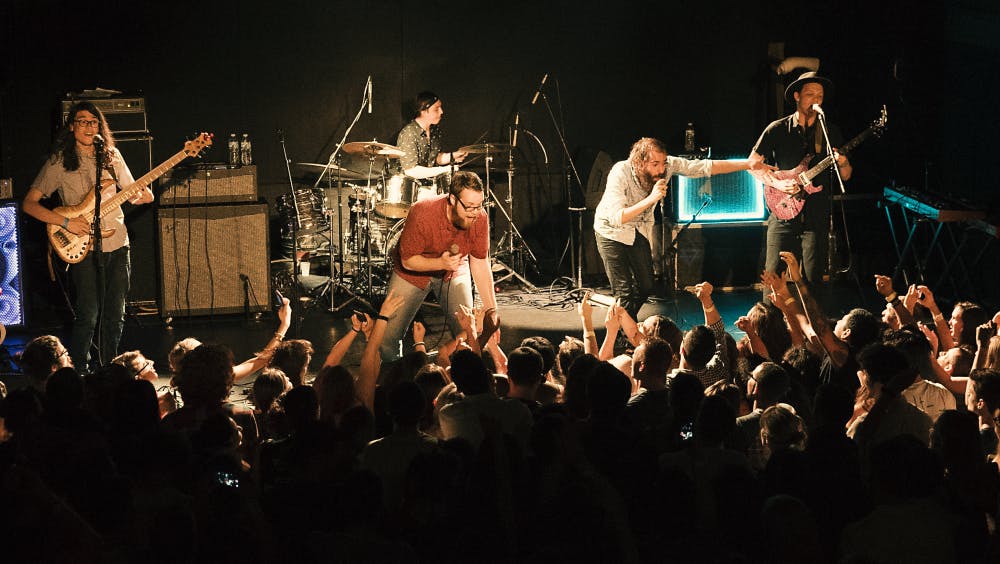 I discovered alternative rock band Rainbow Kitten Surprise on accident — a friend queued a few songs on my phone, and the song “First Class” started playing while I was at work. A couple of my friends had already purchased tickets for their Houston concert, so I dove into the albums “Seven + Mary,” “RKS” and “How to: Friend, Love, Freefall” in preparation. My two favorite songs became “All’s Well That Ends” and my first, “First Class.”

The concert stop took place on Feb. 16 at the Revention Music Center in downtown Houston. Even though we arrived 15 minutes before the event, the venue was already packed with fans.

The concert opened with indie rock band Mt. Joy who performed a few tracks such as “Silver Lining” and “Sheep” from their eponymous 2018 album. The crowd sang along, and I regretted not having listened to any of their songs previously. Nonetheless, Mt. Joy left the concertgoers warmed up and happy — everyone bustled together, pressing towards the stage.

When Rainbow Kitten Surprise came on, the packed hall cheered. Audience members raised their hands as if to touch the thrum of the bass. Instead of taking center stage as most others do, the lead singer, Sam Melo, stood off to the side and played the keyboard as the band began their first song, “When It Lands.”

As the concert continued, Melo spun and spun on the stage, dancing from one end to the other. If you ever glanced away, you wouldn’t know where to find him the next time you looked back. The guitarists, bassist and percussionist, Darrick Keller, Ethan Goodpaster, Charlie Holt and Jess Haney, were all smiles and hip sways, heads bouncing with the beat of the music. During the song, “All’s Well That Ends,” Melo looked into the distance, arms stretched out, as if he was flying. White lights bathed the crowd, a fog machine turned on and it looked as if clouds were rolling above us.

The transitions between songs were unexpected. Before “Cold Love” began playing, there was a buildup of booming electronic sounds and flashing lights. The drop, however, was gentle, taking the crowd from bright light work to a dimmed stage and the quiet notes of the opening to “Cold Love.”

The concert lasted about an hour. The light work was amazing and reminded me of the style typically seen in electronic dance music concerts. When Rainbow Kitten Surprise left the stage, the crowd cheered for more. They came back and played three more songs, ending the night with Goodpaster’s impressive electric guitar solo in “Run” and a “drink lots of water and be good to one another.”

“How to: Friend, Love, Freefall” is available on music streaming services.