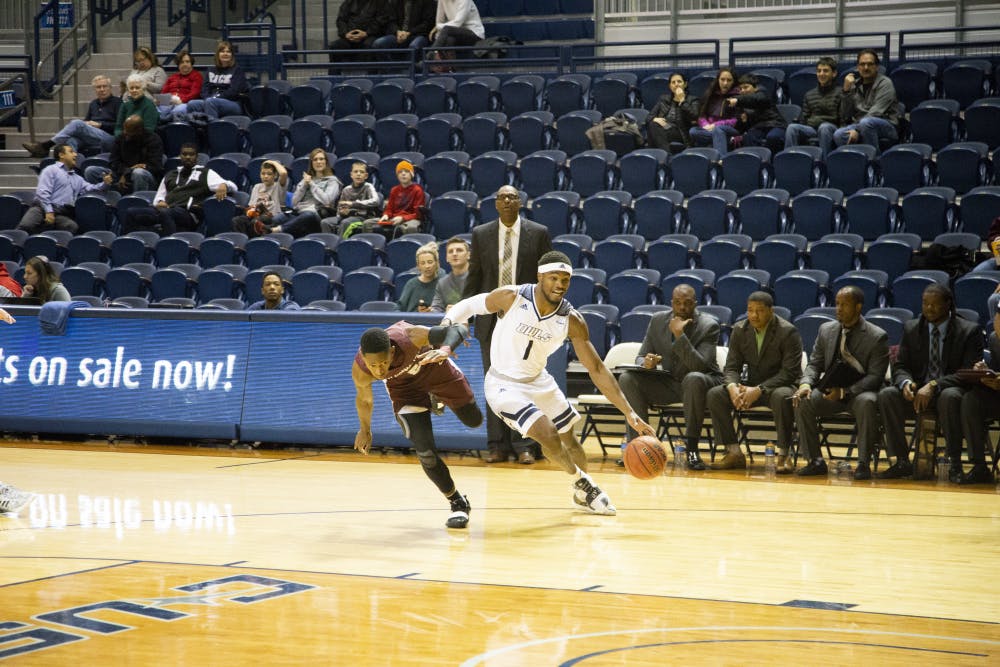 Despite falling behind by as many as 20 points in the second half of Saturday’s game against the University of Texas, El Paso, Rice men’s basketball stormed back for an 85-81 win. The game, which went to double overtime, was decided by a slew of scoring by freshman guard Chris Mullins, who converted a contested layup and four free throws within the last minute and a half to establish a five-point Rice lead. Head coach Scott Pera said Mullins has earned his right to be a late-game playmaker.

“We’ve had a lot of confidence in Chris as he’s matured through the season, and we put the ball in his hands through the end,” Pera said. “We were confident he would make the right decision and the right play and he did, not only [with] the buckets that he made but also the great pass he made to [sophomore guard Trey Murphy III] in the corner for three.”

The Owls overcame a 17-point halftime deficit, outscoring the Miners 43-26 in the second half, to tie the game at 63 and force overtime. UTEP rushed out to a quick four-point lead in the first overtime period before junior forward Robert Martin gave the Owls signs of life by hitting a jumper to reduce the deficit to only two points. Martin was all over the ball in the waning minutes of the period, stealing the ball from UTEP and helping turn the ensuing possession into a three-point play for Mullins on the other end. According to Mullins, Rice’s comeback was fueled by its players’ faith in their teammates.

“Just the confidence we had in each other, and the fact we knew we were going to make plays and make a run ... helped us to come back,” Mullins said.

The Owls are currently 11-17 on the year, with a 6-9 record in conference play. Mullins has helped to replace some of the production from players who transferred from Rice last year, averaging 12.5 points per game and shooting 33 percent from three in 29 minutes per game. Mullins said the Owls can continue to improve by focusing on fundamentals.

“We can set ourselves up for success by believing in our system and believing on the defensive end what we can do to be effective,” Mullins said. “We know what we can do, and we know how we can play; just the fact that we can do that for 40 minutes will help us be successful in the long run.”

According to Martin, there were lessons to be learned from the Owls’ comeback victory.

“There will be times in the next three games when we will be losing, we will be down and those will be the times for us to rally, come together and overcome adversity,” Martin said. “This past game showed us we have what it takes to come back and win.”

The Owls now have three more regular-season games to play before the Conference USA Tournament begins on Mar. 13.