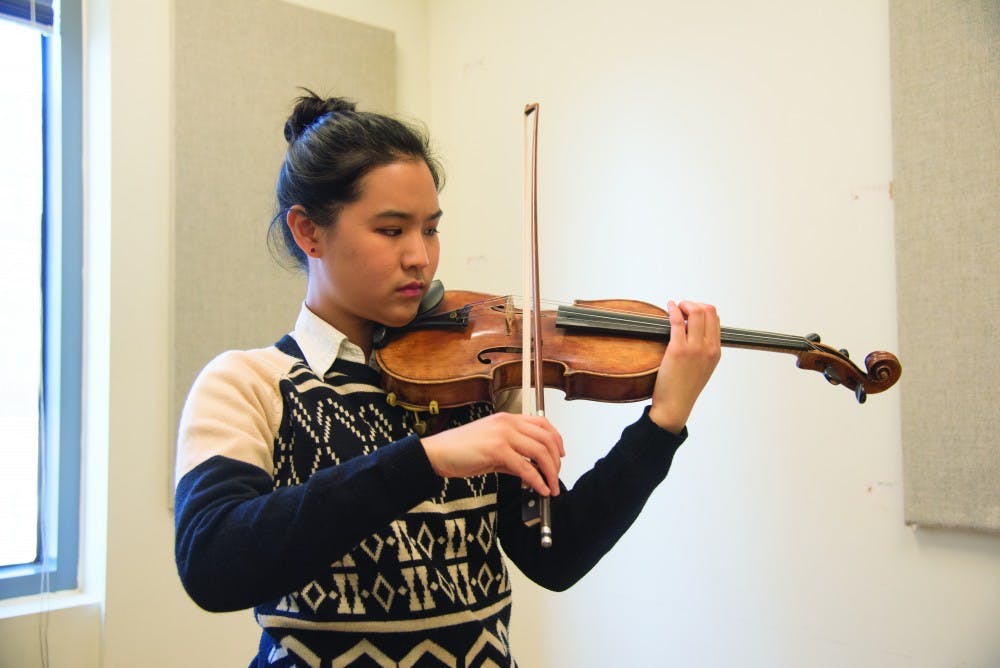 For Cindy Ahn, music is an opportunity to time travel. She approaches new pieces by diving into the different emotional lives of composers through their creations.

“I try to research what was going on in the composer’s life during the period of time [that] he wrote the piece and try to figure out what emotional state he must have been [in],” Ahn, a Lovett College senior, said. “I then try to make a similar kind of story with a similar kind of emotion. I definitely go from a more emotional perspective.”

When it comes to her own emotions, Ahn said that music has helped her through events in her own life. She laughed when remembering how she sometimes played pieces to deal with boy problems. Music took a more somber role when Ahn experienced loss in her family.

“I had trouble getting over my grandfather’s passing away,” Ahn said. “I would purposefully [play] emotional pieces to express my sorrow, and it actually helped a lot.”

The link between music and emotions is long-running in Ahn’s life. Growing up, Ahn said she had always been surrounded by classical music. She pointed to her childhood as a reason for her preferences for more emotional pieces.

“Neither of my parents are musicians,” Ahn said. “My mom did play piano when she was younger, and I do think she has a good [ear]. Maybe I got my musical side from her. [My parents] both love classical music and I’ve heard it since I was little.”

According to Ahn, she started playing the violin rather late because of her older brother’s lack of musical ability. She said she picked up the instrument due to convenience, school requirements and a childhood interest.

“I started a little later than most,” Ahn said. “I wanted to play when I was five because my brother used to play violin, but he was really bad. My parents didn’t want to hear the violin [after that]. When I was 11, I was required to play an instrument in school. At the time, my brother’s violin was already in my house.”

Ahn said that it took her a few years before she became invested in playing the violin.

“I took it seriously when I met my previous teacher, before Rice,” Ahn said. “I really started to see the beauty in performing. He introduced me to this program called the Aspen Music Festival [and School]. There were so many good people, and [for a while], I didn’t think I could do it. Then after a while, I decided to.”

At Rice, Ahn tries her best to maintain a balance in her busy schedule.

“It’s just mostly eat, practice, class, eat, practice,” Ahn said. “I try to exercise every day, [through] either swimming, running, stretching or just taking a walk. I try to go outside of Shepherd.”

After graduation, Ahn said she plans to attend graduate school in music.

“I’m only applying to Rice,” Ahn said. “Hopefully I can stay.”