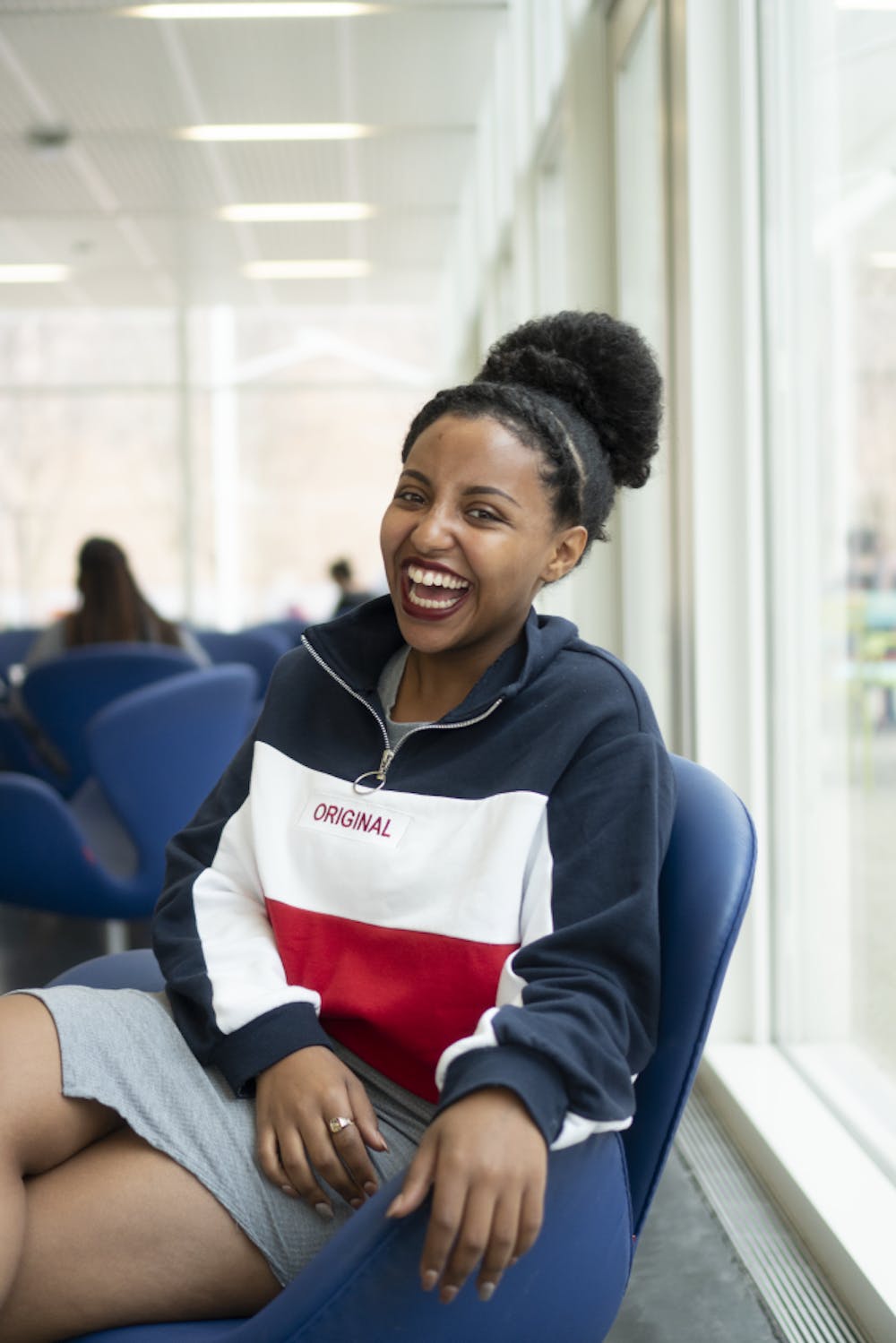 Editor’s Note: This is the Rice Thresher’s first installment of Black at Rice, a features project intended to highlight and celebrate black voices on and off campus. Have someone in mind? Nominate them here.

Mekedlawit Setegne was formerly known as“Mekedia,” a name arbitrarily assigned by a kindergarten teacher who couldn’t pronounce her full first name. When Setegne arrived at Rice, she shed the nickname in favor of her real, Ethiopian name.

“What I've noticed [during] my time at Rice is that if you demand respect, you will get [it],” Setegne, a Brown College senior, said. “You have to stick to your standards. Because it's so much easier to say, ‘okay, call me Mek,’ because I don't wanna spend ten minutes trying to get you to say it right. But I know my parents gave me that name for a reason.”

Setegne came to America with her family when she was five years old after winning the lottery for a diversity visa. According to Setegne, the lottery win came at the perfect time — her family was seeking a way to leave Ethiopia during an era of political turmoil. A 7,464 mile journey landed her in Ohio, where five-year-old Setegne quickly learned to do everything she can to fit in with everyone else through a nickname that she now finds foreign.

“The same way that people can learn all those German names, and all of those other really complicated European names, they can learn an Ethiopian name,” Setegne said. “I'd rather have [people] not address me than [give] me some nickname that I don't love.”

Setegne, a Questbridge scholar, said she didn’t hear about Rice until she started researching colleges in preparation for the program’s full scholarship match process. Originally a “hardcore pre-med,” Setegne was attracted not only to the medical center but also to Rice’s unique culture. According to Setegne, when she was matched to Rice, she knew it was the right place for her to be.

While Rice was the right place, pre-med wasn’t the right path. Setegne quickly discovered her passion for chemistry after taking honors chemistry because it explained everything to her, from wave functions to fine-tuned details how her environment works. That passion, in conjunction with a not-so-satisfying pre-med program, convinced Setegne to instead pursue a pre-grad path. She completed the application process in the fall and will attend graduate school for chemistry in the upcoming year, deciding between Stanford, Harvard, University of California San Diego and University of California Berkeley.

Despite Setegne’s success in the application process, she said she constantly struggles with feelings of imposter syndrome — in particular during the Ph.D. selection process.

“There are these stereotypes that are attached to me,” Setegne said. If I want to say something, I have to go through my head and make sure it's completely correct before I say it, whereas a white male counterpart will say whatever is in his head and they’re confident with being wrong. There's nothing wrong with that. I just can't achieve that.”

Setegne said she feels that there’s pressure to be a perfect representation of black people all the time.

“I know that as soon as I say something that's wrong, I'm not talking for Mekedlawit. I'm talking for black women in STEM,” Setegne said. “I think that makes me more hesitant to just do a lot of things, and feel like I don't belong in certain spaces.”

Overcoming those feelings is a continuous process for Setegne, who said she’s had to actively apply the advice that she gives her friends inwardly — to love and encourage herself.

“What does a problem set have to do with me as a person? It doesn't,” Setegne said. “We [take] little things and say, ‘That's who I am. I'm a problem set, I'm a chemistry exam. If I get into this fellowship I'm a good person, if I don't, I'm trash.’”

Even when Setegne struggles to keep her own confidence, she builds others’ through her role as president of Rice African Student Association, a role she assumed after serving as events coordinator. As one of the only East Africans in RASA her freshman year, Setegne was pivotal in developing the first Habesha dance act for the cultural showcase Africaye.

“My freshman year, I was so focused on trying to integrate myself into Brown, and I limited my experience with the black community overall because I felt like I had to choose,” Setegne said. “When I came back sophomore year, I said — I just want to give RASA a try, because I realized that I was missing some of my culture. So I did, and it was kind of like crack. I couldn't get enough of it. ”

But the most unexpected development during Setegne’s journey at Rice is the reemergence of her faith, and with it a renewed sense of confidence.

“My name is a Bible name — in English it’s Mary Magdalene,” Setegne said. “[Mekedlawit] isn't just a random name. It has a beautiful story behind that shows love and dedication and following Jesus and his word. If I let other people take that away from me, it's kind of like, do I let other people take away something that I want to be?”

Setegne said that her time at Rice has been exactly what she needed. Although she originally never expected to come here, she now struggles to imagine a life without the people and support system she’s developed here.

“Sure, being black at Rice is not easy. Being a black woman at Rice is not easy,” Setegne said. “I'm not going to lie, there are moments where I'm like wow, it would've been easy to go to a HBCU. But [I’ve] realized, with the bad comes a lot of good, and I've decided to focus on the good. I'm grateful for Rice, and I’m very grateful for the black community, because I've learned so much about myself by participating.”