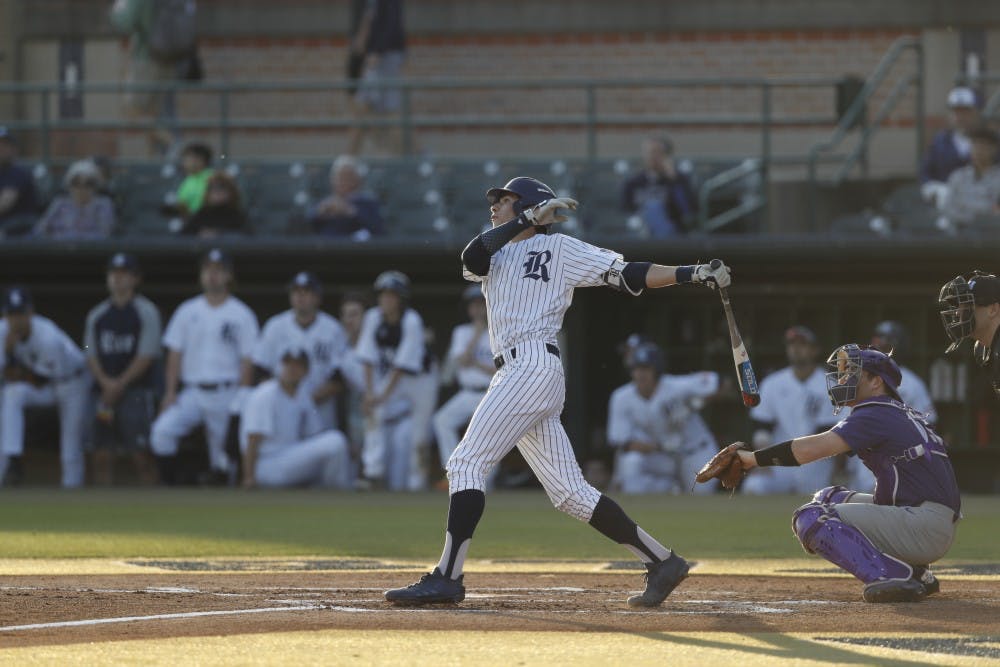 Only four grandfather-father-son combinations have played in Major League Baseball.

If sophomore shortstop Trei Cruz had signed with the Houston Astros organization following his senior year at Episcopal High School in Houston, his ascension through the minor league ranks would have started, and if he succeeded, another lineage, Cruz, would have boasted three generations in professional baseball lore: Jose, Jose Jr. and Trei.

Instead, Cruz committed to play baseball at Rice, tossing three years of professional eligibility aside, at least for now. Trei followed in the footsteps of his father, who played three seasons in Rice’s outfield, and his uncle, Enrique, who starred at second base on the Owls’ 2003 National Championship team.

According to Cruz, notwithstanding his decision to spurn the Astros, crafting his own legacy is paramount.

“Of course I want to play in the major leagues one day and be even better than both my dad and grandpa,” Cruz said. “[Ultimately] I will get more hits than my grandpa and more home runs than my dad. They dare me to do it.”

During his freshman season, Cruz led Rice in walks and runs batted in, hit for a .279 average and sustained an eight-game hitting streak. Accordingly, Cruz was named to Collegiate Baseball’s Freshman All-America Team and the Conference USA All-Freshman Team. Cruz said he felt an immediate pressure to perform.

“I wouldn’t say I am a ‘big-name star’ right now at Rice because I have yet to really prove anything yet, but I do say that my name brings a lot of attention alone,” Cruz said. “I don’t want to be treated like a star or like I’m royalty because at the end of the day, I need to earn superstar status.”

Last season, three-year starter Ford Proctor played shortstop for Rice. To allow himself into the starting lineup amongst upperclassmen, Cruz volunteered to play at second base; there, he started all 58 games.

“I was able to start every game at second base because I proved to the coaches that I was willing to do anything to be in the lineup,” Cruz said. “That meant working harder in practice, staying over time to work with the coaches, and getting my body caught up to be able to play against much older guys than me. I didn’t allow anyone to out-hustle me.”

In conjunction with his superb work ethic - his dad Jose Jr. said Trei plays “like his meal depends on it” - Cruz is blessed with clutchness. His average spiked when batting with runners in scoring position (.328). Against crosstown rival University of Houston, Cruz registered a career-high seven putouts. According to Cruz, greatness exists in his DNA.

“Playing at Reckling Park gives me goosebumps because I know of all the great players that have played on this field, including my dad,” Cruz said. “If I’ve learned anything from great players, it’s that to be consistent, you must come out ready to play every single minute of every inning of every game. What I try to do every game is something special. Whether it is defensively or offensively, the game will decide.”

Cruz must play at least two more years for Rice before he is re-eligible for the MLB draft. In that time, Cruz will strive to revitalize an offense which last season declined by 20 percent in production. According to Cruz, he must focus on his own performance rather than satisfying expectations.

“When I was younger, I faced a lot of pressure to succeed on the field because of my last name,” Cruz said. “A lot of people put pressure on me to always be the best player, never make mistakes and be a leader. I remember one day, I had a bad game and people were saying that I [would] never be like my dad and grandpa. My dad sat down and talked to me and said, ‘You don’t need to play to impress these people, you play to have fun and start your own legacy. You are the only person that can put pressure on you.’ I’ve carried that with me until this day.”