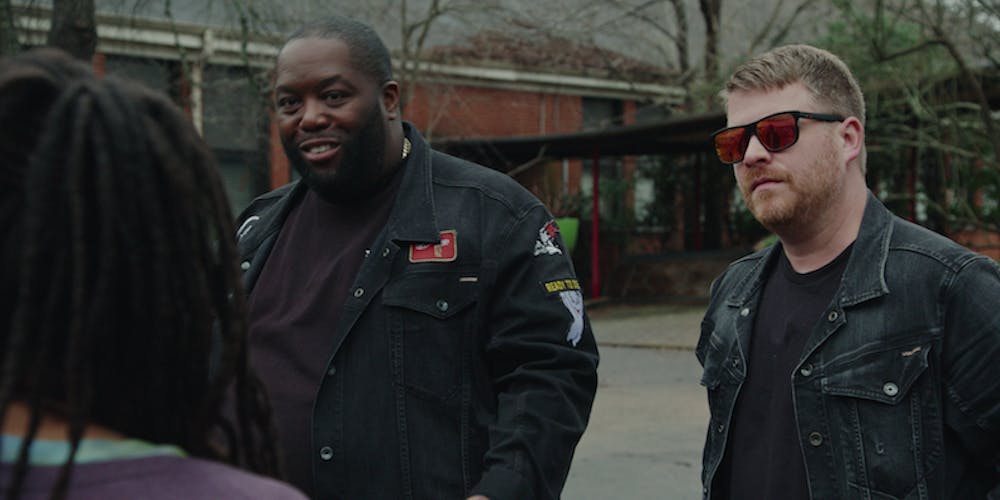 “Trigger Warning with Killer Mike” is one of a kind, engaging viewers in its unique documentary-style — a new gold standard has been set. The show follows Michael Render, known as Killer Mike of the band Run the Jewels, as he travels around America looking for ways to improve the communities around him. In “Trigger Warning,” Render takes audience interaction to the next level, placing himself in the viewer’s shoes instead of vice versa.

“Trigger Warning” is to the black community as “Queer Eye” is to the LGBT community. Instead of doing a personal makeover as part of a team like Queer Eye does, Render decides to make over all of America, starting with his home community of Atlanta. His radical, idealistic vision for the world makes Kanye West’s look like a one-foot-tall LEGO castle. Although his vision is easy to disagree with at first glance, Render is ambitious in his methods. Time and time again, his ideology becomes centered in the interests of the common people as opposed to the wealthy people common in the music industry.

“Trigger Warning” is Render’s unabashedly honest way of showing that he’s willing to make a change. Later in the show, he attempts to bridge divides by forming a diverse musical supergroup consisting of both a Black Lives Matter activist and a white nationalist related to Robert E. Lee. So if you feel offended or triggered while watching, but uncertain as to why, it means you’re watching it right.

In a way, what this show truly becomes is productive activism, critiquing not just closed-minded conservatism but also hyper-liberal cancel-culture. Render’s willingness to talk to different groups of people shows a better way to approach diverse viewpoints as opposed to the increasingly unproductive divides seen on social media platforms like Twitter. The show might be offensive to some because it points out the hypocritical disconnect between seeking peace and inaction. Render actually tries in this show.

So if 2016 showed that a reality television show host can be president, Killer Mike as our national leader doesn’t sound too crazy now. Buy me a Crip-a-Cola.

“Trigger Warning” can be found on Netflix.