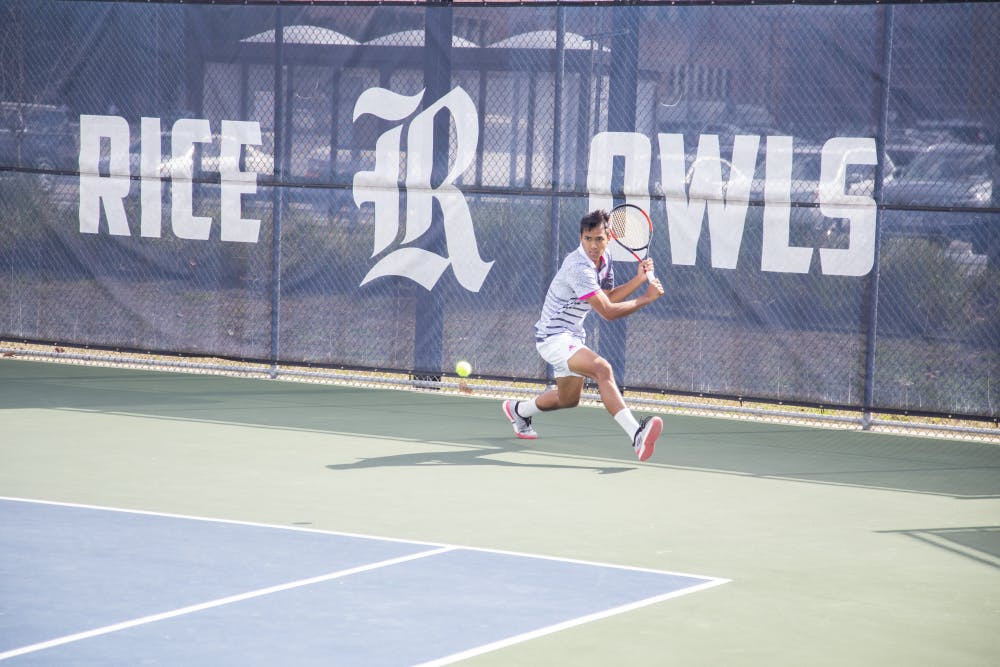 According to head coach Efe Ustundag, maximizing success in doubles often requires on-the-fly adjustments given that each match is played to a single set.

“We felt like we had to make a couple of changes in the doubles lineup today,” Ustundag said after Rice’s victory over Western Michigan. “Sumit and Eric played a lot of tennis together last year and they gave us that grit and on-court leadership that we needed at [number] one [doubles]. It’s [also] a big change for us to have the quality we have playing at #3 doubles.  It’s nice to have the personnel to be able to move things around and be able to get results.”

Eskeland, Rutledge and freshman Adam Oscislawski each claimed victory in singles while Sarkar, Abdel-Aziz and Russell held off Bronco opponents to unfinished results, resulting in a shutout.

This season, Eskeland has accumulated a perfect 5-0 record in singles matches.

Next, Rice travels to Baton Rouge, Louisiana to face Louisiana State University on Sunday as part of a dual match where both schools battle in men’s and women’s tennis. Last season, the Owls narrowly defeated the Tigers in Houston 4-3, finalized with a three-set singles victory by Sarkar.

Women’s tennis improved to 2-1 on the season and bettered its overall singles and doubles record to 15-6 by defeating Sam Houston State University 6-1 on Sunday at the George R. Brown Tennis Center.

One match prior, Rice suffered its lone loss this season away at Baylor University; in that matchup, Rice narrowly lost 4-3.The loss was an improvement over last year, however, when Rice was shutout at home against the Bears. In this year’s contest, Rice earned the initial doubles point over Baylor but lost four of six singles matches and succumbed to the Big-12 foe; each singles loss was in straight sets.

“We’ve been putting a lot of work in on our doubles and I was pleased to see that work pay off, but it was a shame that we could not carry that early momentum over into singles,” Schmidt said. “Early season matches always give you a clear idea of where [the team is] at this moment and what we need to work on.”

Rice responded to the loss in its victory over Sam Houston State. To start against the Bearkats, at number three doubles, freshman Victoria Smirnova and sophomore Anna Bowtell raced to a 6-2 win. Then, at number two doubles, freshman Anastasia Smirnova and junior Priya Niezgoda earned a 6-1 victory to clinch the doubles point. Rice’s number one doubles pairing of sophomore Michaela Haet and sophomore Linda Huang led in their unfinished match 4-2.

Victoria Smirnova and Bowtell are undefeated in three singles matches this year. Together, the pair is also undefeated in doubles play.

Next, Rice travels to face Louisiana State University in Baton Rouge on Sunday as part of the dual match. The Owls look to rebound from last season’s 4-3 away loss to the Tigers.